Did You Love RRR? Here Are 10 Indian Films You’ll Probably Enjoy Too

Now, apologize for The Simpson's Apu. 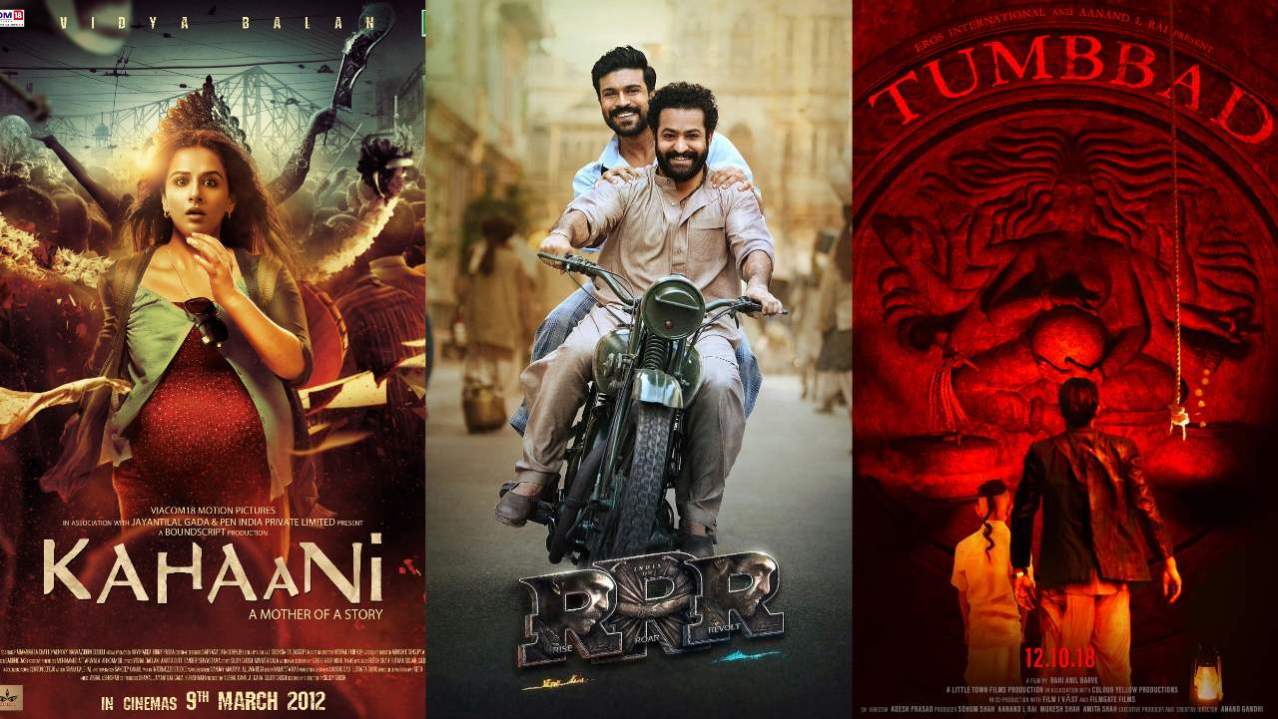 Amid the Oscar buzz of SS Rajamouli’s RRR, the Indian filmmaking juggernaut is still raking praise from renowned filmmakers like JJ Abrams and Jason Blum. While Abrams called the 2022 action-drama a “fever dream madness,” Blum tweeted his prediction that the film will win the Oscar in the best picture category.

Ahead of the official announcement of the 2023 Oscar nominations, RRR has already been shortlisted in the category of Music (Original Song) with one of its hyper-hit songs, Naatu Naatu. Additionally, it may also get shortlisted for other categories. However, it remains to be seen whether Rajamouli’s hit entry will ultimately receive any nominations later this month. As of now, Naatu Naatu has received a Golden Globe for Best Original Song. Meanwhile, the film has been nominated for Best Motion Picture (non-English language).

10 Indian Films That Most RRR Admirers Will Enjoy

Like most cinema industries, India has much to offer, well beyond the walls of bollywood. The South-Asian country has been home to many legendary directors like Satyajit Ray, Ritwik Ghatak, Bimal Roy, Guru Dutt, Mehboob Khan, and more. However, the following list will not dive into the avant-garde films of Indian film industry and would rather maintain the mass appeal that was laden by RRR.

Note: The following list would contain entries that may not stick to similar genres in regards to RRR.

The obvious choice for anyone who loved SS Rajamouli’s RRR  is the director’s previous global box-office juggernaut, Baahubali, and its sequel. Baahubali The Beginning (2015) portrayed the story of Shivudu, the rightful heir to the throne of Mahishmati. Meanwhile, Baahubali 2 The Conclusion dealt with Shivudu’s father, Baahubali.

These two films were set in a fictionalized ancient India and showcased warfare amongst kingdoms, politics, as well as the romance between the female leads and respective versions of actor Prabhas’ characters. In addition to the epic scale of the sets, and the expansive yet simple storyline, Rajamouli, and writer Vijayendra Prasad brought comedic elements as well. However, some of the comedy may be hit-or-miss for certain viewers.

Baahubali 1 & 2 are available to stream on Netflix.

This 2016 Indian action-thriller is one of the most underrated films in the genre. Fan (2016) starred globally renowned Shahrukh Khan, who portrayed two characters with the help of VFX. Directed and written by Maneesh Sharma, the story deals with an obsessed fan of Bollywood superstar (fictional) Aryan Khanna, Gaurav, who attempts to meet his idol. However, after being belittled by Khanna, Gaurav vows to take revenge, which also takes the story to Dubrovnik and London.

While the story is quite gripping, Shahrukh Khan’s portrayal of both Aryan and Gaurav proved why he is so well-regarded throughout the global film industry.

This 2015 film by Dibakar Banerjee is one of the best mystery-thrillers in Indian cinema. The film is set in 1943’s Calcutta (now known as Kolkata) and is a dark approach to the classic Detective Byomkesh stories by Sharadindu Bandyopadhyay.

With a nu-metal score, Dibakar Banerjee brought a more mature take on the beloved Bengali detective. In addition to a gripping storyline, the late Sushant Singh Rajput shined throughout the film as a budding consultant investigator. Though the character is inspired by Sir Conan Doyle’s Sherlock Holmes, this particular take on the detective is the most unique to date.

Detective Byomkesh Bakshy! is available to stream on Amazon Prime.

This entry from Rajkumar Hirani is one of the best coming-of-age comedy dramas that the Indian film industry has to offer. 3 Idiots provided a commentary on the societal pressure on Indian students to pursue either an engineering or a medical degree.

In addition to its social commentary, the film also employs a comedic narrative that urges students not to excessively stress about their careers throughout their youth. While this societal pressure may have been labeled as an orthodoxical concept in western societies, it is still common in most Asian countries. Thus, 3 Idiots became a cult-classic amongst the Indian youth.

The film is available to stream on Netflix.

This is perhaps one of the most iconic buddy-comedy films in the Indian film industry. Zindagi Na Milegi Dobara (rough translation – You Only Live Once), or ZNMD, showcases an adventurous bachelor trip along with a wealthy group of three friends, which unraveled multiple subplots that ultimately strengthened their friendship.

Directed by Zoya Akhtar, the film starred her younger brother, Farhan, along with industry stalwarts Hrithik Roshan, Abhay Deol, Katrina Kaif, and Kalki Koechlin. Though the film is primarily a road-trip comedy, it does strike the emotional chords of viewers from time to time.

ZNMD is available to stream on Netflix.

This 2012 thriller is one of the highly praised Indian films in the genre. Co-written by Sujoy Ghosh and Advaita Kala, Kahaani (translation – Story) dealt with a pregnant woman in search of her missing husband in Calcutta. With one of the best twists in Indian cinema’s history, writer and director Sujoy Ghosh’s pièce de résistance basked itself in an eerie mystery during the backdrop of Durga Puja, one of the biggest religious celebrations in the city.

In addition to the riveting script, Vidya Balan’s Vidya Bagchi is one of the most layered characters in Indian cinema’s history.

Kahaani can be rented on BookMyShow. However, the usage of a VPN may be required for most.

This iconic crime-thriller by Jeethu Joseph was first made in the Malayalam language and has since been remade into multiple Indian languages. While the original version of Drishyam (translation – Visual) deserves most of the praise, it is, unfortunately, unavailable to stream or rent on most platforms outside of India. However, the 2015 Bollywood remake, which starred Ajay Devgn, Tabu, Shriya Saran, and Ishita Dutta, is a viable replacement for those outside India.

The story deals with a common Indian man and his family’s life following a crime committed by them. Thus the entire film’s narrative hovers over a gray morality and is based on the family’s attempt to escape the legal and societal repercussions of such wrong.

As mentioned before, the Hindi remake, i.e., Drishyam (2015), can be streamed on Netflix.

Like RRR, Gangubai Kathiawadi is also on the reminder list of The Academy, along with 300 other titles. The film is a biopic and crime-drama based on the real life of Ganga “Gangubai” Jagjivandas Kathiawadi, a female mafia leader and madam of a brothel. While Gangubai was forced to work as a sex worker early in her life, following her rise to power, she turned to a social activist who promoted the rights of women.

Directed by Sanjay Leela Bhansali and written by Hussain Zaidi, the film garnered global praise due to the powerful story of Gangubai. The famed activist leader of Kamathipura, Mumbai, is portrayed by Alia Bhatt, who was also involved in RRR. In addition to the critical response to the film, Bhatt also received much praise.

Gangubai Kathiawadi is available to stream on Netflix.

Another potential Indian entry into the 2023 Oscar race is Rishab Shetty’s Kantara. This Kannada-language film was one of the most hyped Indian movies in 2022. While the story is quite nuanced to summarize, the official synopsis from Amazon Prime states: “Kantara is a story set in the fictional village of Dakshina Kannada, which explores the ideological conflict of human and nature. A battle of ego swirls along tradition and culture of the land. Will Shiva, the protagonist of the film be able to reinstate peace and harmony in the village perceiving his existence?”

Kantara has widely received massive praise for numerous elements of the films, including direction, script, action, cinematography, and even editing. Being one of the biggest hits of Indian cinema in 2022, this film is an absolute must-watch.

The film is available to stream on Netflix and Amazon Prime.

This sleeper hit from 2018 is irrevocably one of the best films to come out of India in the past few decades. Directed by Rahi Anil Barve, the story is based on the concept of devil-worshiping. The horror film is set in the real-life village of Tumbbad in Maharashtra.

As the narrative of Tumbbad revolved around the worship of a demonic deity called Hastar, the film offered some truly spine-chilling scares. While the film did not receive much of its deserved success in 2018, its popularity on ancillary markets like streaming and digital rentals has been unparalleled.

Tumbbad is available to stream on Amazon Prime.

With the hype over recent Indian films like RRR, Kantara, and more, it is expected that a fresh legion of foreign audiences will dive into this scintillating South-Asian film industry. However, it remains to be seen whether Indian film studios and distributors will make the streaming of these films more accessible beyond the sub-continent.

More on Attack of the Fanboy :
Bollywood Indian Films RRR

Attack of the Fanboy / Entertainment / Did You Love RRR? Here Are 10 Indian Films You’ll Probably Enjoy Too