RIP Morbius247, the Twitch Channel That Streamed Morbius for Thousands of Viewers

It is no longer Morbin' time. 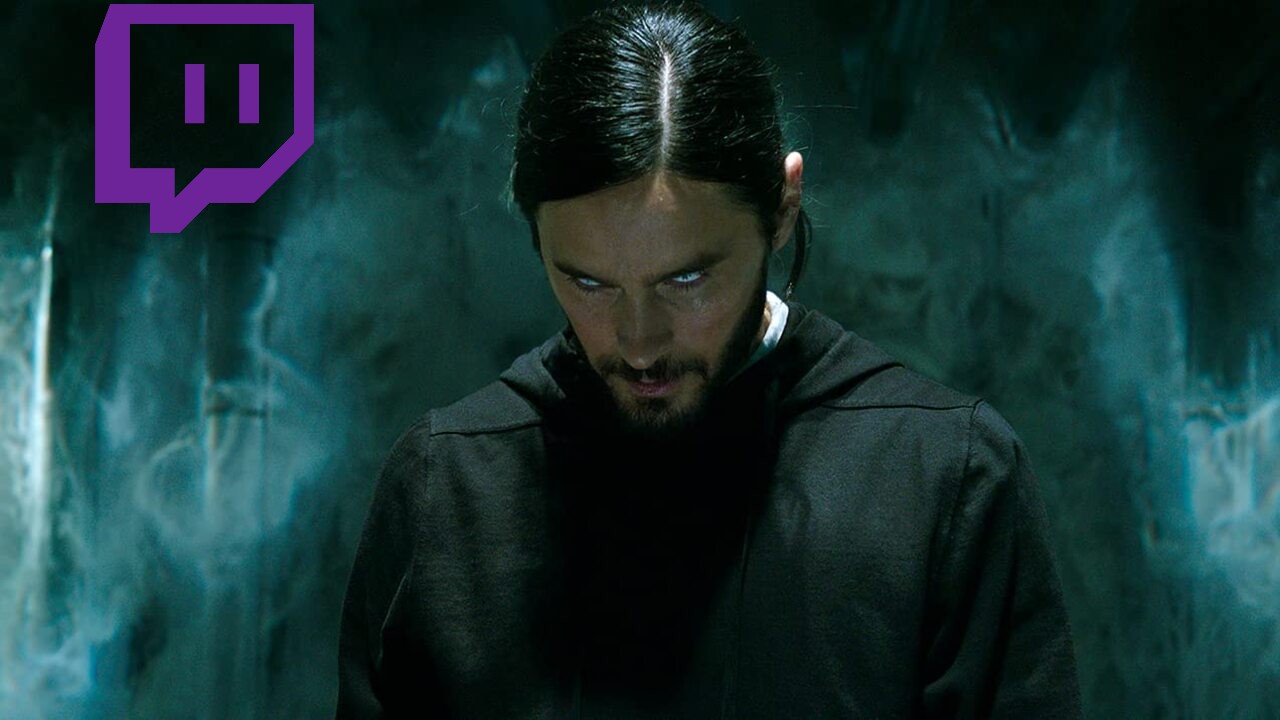 After a roughly 14-hour run, Twitch has taken down a channel streaming the movie Morbius on repeat to thousands of viewers. The channel, appropriately named Morbius 247, peaked with just over 10,000 concurrent viewers during its final repeat of the Jared Leto-led vampire film.

Morbius has become a huge Internet meme since its release on April 1, and the movie only become a bigger laughing stock as critic reviews came out panning the film and awkward clips of the film began to circulate online. It’s widely accepted that the movie is a flop, especially when compared to the other franchise in Sony’s Spider-Man Universe, Venom, which has been a resounding commercial success even with lukewarm reviews.

That hasn’t stopped fans from singing the praises of Morbius ironically though, calling it the “first movie to ever make Morbillion dollars” and “the first movie to sell a trillion tickets.” Morbius fans have taken to calling themselves “Morbheads,” and they love repeating the phrase “It’s Morbin’ time,” a made-up catchphrase that the titular Dr. Michael Morbius never utters in the film.

With hysteria like this surrounding the film, you can only imagine how Twitch chat reacted when they stumbled upon the Morbius 247 channel. Morbius only has a runtime of 108 minutes, so the entire film was streamed nearly a dozen times throughout the day as thousands of viewers cheered on. The most heavily-memed scenes, such as a scene where Matt Smith’s character Milo does a lengthy dance alone in front of a mirror, elicited huge reactions in chat.

Someone has been streaming the entirety of Morbius on twitch for the past 12 hours and there's currently over 2000 people watching it live. I'm losing my mind pic.twitter.com/u8qcqHMFY9

The Morbius247 channel was obviously taken down, as streaming movies like this is unsurprisingly against Twitch’s terms of service. The strangest (and funniest) part of this whole situation is how long the stream was running. These types of streams are usually met with DMCA takedowns within minutes, but Morbius247 lasted for nearly an entire day.

In a hilarious turn of events, the channel was only banned when the credits began to roll on the last screening of the film. It seems like there are some true Morbheads among Twitch staff who wanted to let fans see the film through to its conclusion one last time before hitting the kill switch. Morbius247 was the result of weeks and weeks of memes and jokes regarding the film, and it’ll easily go down in history as one of the most unhinged experiences the streaming platform has ever seen.

In all seriousness, Morbius was a critical failure and a huge misstep for Sony’s Spider-Man Universe, a universe that currently lacks its own version of the webhead at the moment. The universe is currently centered around Spider-Man’s rogue gallery, with two films based on Venom and upcoming movies based on Kraven the Hunter and more, but fans were skeptical of Morbius since its initial reveal. It’s also Jared Leto’s superhero follow-up to the universally panned Suicide Squad, so fans weren’t exactly excited to see how Leto would work for Marvel after seeing what he did for DC.

Still, all advertising is good advertising, and a good number of people went to check out Morbius in theaters either as a joke or to see if the film is really as bad as everyone says. We live in a world where a Morbius sequel is actually possible, and that’s a scary thought to have. If you’re a true Morbhead and you’d like to bring this vampire origin story home, then Morbius can already be purchased digitally, and a physical release is coming in June.

Sony’s Spider-Man Universe is set to grow even larger in the coming years, however, so there’s a decent chance that this isn’t the last we’ve seen of Dr. Michael Morbius. A film based on Kraven the Hunter starring Aaron Taylor-Johnson is currently slated for 2023, and the highly-anticipated animated sequel Spider-Man: Across the Spider-Verse is set to release next summer. Films based on Madame Web, Spider-Woman, and Silk are also in development.

On the MCU side of things, Tom Holland’s Spider-Man trilogy has wrapped up with No Way Home, but the actor doesn’t seem to be done as the MCU’s Peter Parker. Regardless, Marvel Studios is firing on all cylinders with Disney Plus shows and movies releasing at a staggeringly fast rate.

Ms. Marvel and She-Hulk: Attorney at Law will both premiere on Disney Plus later this year, and Thor: Love and Thunder and Black Panther: Wakanda Forever will hit theaters before the end of the year as well.

Morbius is available on digital now and will be released on DVD, Blu-Ray, and 4K Ultra HD Blu-Ray on June 14.

Attack of the Fanboy / Entertainment / RIP Morbius247, the Twitch Channel That Streamed Morbius for Thousands of Viewers