What Is Rian Johnson’s ‘Poker Face’ Peacock Series About?

"Our Donut Is Not A Hole At All!" - Benoit Blanc 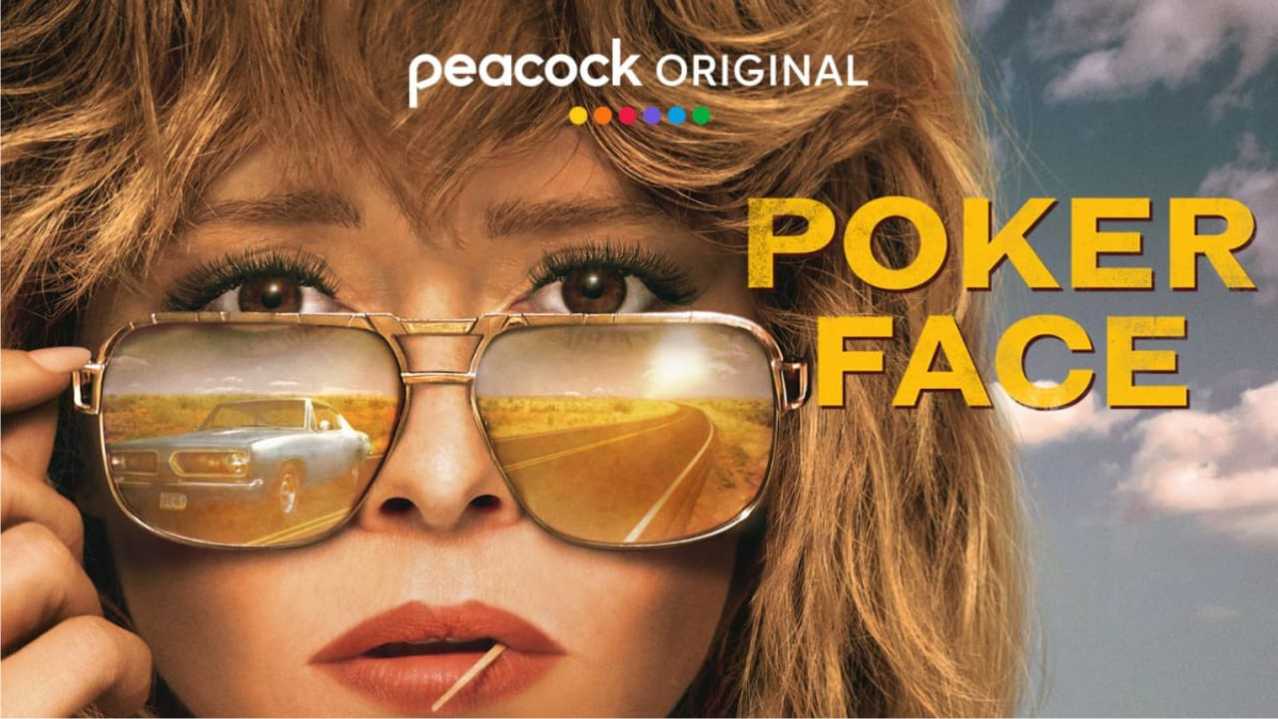 After riding the coattails of Glass Onion A Knives Out Mystery’s success, Rian Johnson is all set to bring his next mystery-comedy, i.e. Poker Face series for Peacock. NBC’s streaming service described the 10-episode series’ format as “mystery-of-the-week.”
Interestingly, Poker Face will star Natasha Lyonne (Orange Is the New Black), who also had a cameo as herself in Johnson’s Glass Onion for Netflix. In this Peacock comedy-drama, Lyonne will portray a human lie detector named Charlie Cale.

What To Expect From Peacock’s Poker Face?

According to the official synopsis, Natasha Lyonne’s Charlie will be bombarded with mysteries on her road trip. In the official trailer, Peacock teased: “Poker Face is a 10-episode “mystery-of-the-week” series following Natasha Lyonne’s Charlie, who has an extraordinary ability to determine when someone is lying. She hits the road with her Plymouth Barracuda and with every stop encounters a new cast of characters and strange crimes she can’t help but solve.”

The official trailer also hinted at the significance of the title, Poker Face. At the beginning of the series, viewers will likely be treated to the immediate backstory of Charlie, who would find herself in a pickle after using her “lie-detecting” abilities to gamble. The trailer clip further showcased Charlie’s run-in with some shady and possibly Casino-mafia-esque characters portrayed by the likes of Adrien Brody, Benjamin Bratt and Ron Perlman. Charlie may likely have witnessed a crime being committed by them. Thus, she will be on the run from the aforementioned characters throughout the series.

Following the “mystery-of-the-week” format, the trailer clip established that Lyonne’s human lie detector Charlie would tackle her own investigations of multiple murders, sabotage in a possible dirt race, and attempted murder of an apparent military official, amongst a few.

The series will premiere on Peacock on January 26, with the first four episodes. Following this, Poker Face will follow a weekly schedule. Thus, the remaining episodes will be available every Thursday till March 10, when the finale will be released. According to Variety, each episode is expected to be around 60 minutes.

Like most of Rian Johnson’s recent projects, the cast is one of the main attractions. Poker Face is no different with an “inbreathiating” ensemble cast that includes:

According to Rian Johnson’s statement to Vanity Fair, the Knives Out director was inspired by classic mystery TV shows like Magnum P.I. and Columbo. However, it remains to be seen whether Poker Face will be able to materialize multiple mysteries within the span of ten episodes. Though it must be noted that NBC’s original take on Columbo’s earlier seasons included only three to eight episodes per season.

Attack of the Fanboy / Entertainment / What Is Rian Johnson’s ‘Poker Face’ Peacock Series About?