Splatoon 2 Guide: How to Skip the Intro Cutscene 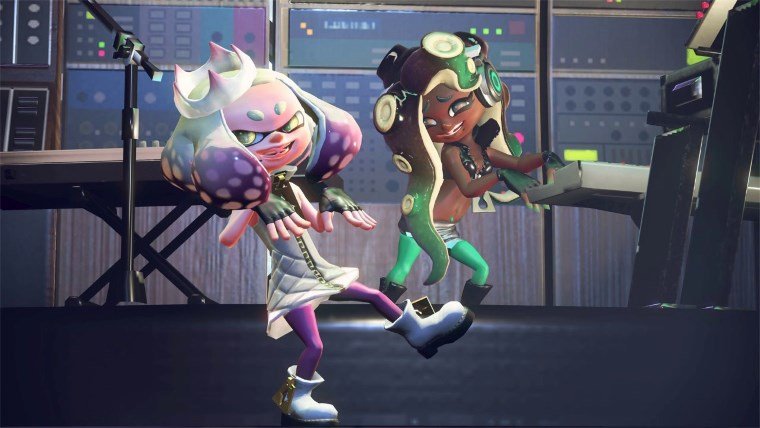 Splatoon 2, like its Wii U predecessor, is a fantastic game full of colorful characters and an imaginative world. The sequel offers some big improvements over the first game too, though one small detail was missed that is currently causing a lot of headaches for players. The intro cutscene, in which Pearl and Marina walk you through the six maps currently featured in the online multiplayer, is a bit long and annoying. The kicker though is that there’s no way to skip it, at least not a Nintendo sanctioned way. Here’s a quick tip for how to skip the intro cutscene in Splatoon 2.

Airplane mode is the key, as the game can’t play the intro if there is no update to the maps in rotation. Hold the Home button to access the quick menu, then turn on Airplane Mode to disable wireless. Starting up the game will get you to the action a whole lot faster this way. Unfortunately, Home Mode is only available while using the Switch as a handheld, so you’ll have to take it out of the dock to make this work. If this isn’t an option then you’re out of luck and will have to watch the Splatoon 2 intro once more.

Once you have the game loaded though, there are ways to minimize how often this cutscene pops up. The Switch, unlike any Nintendo console before it, is able to keep games running in the background, even when the system is “turned off” in sleep mode. Splatoon 2 will only show the intro upon first start up, skipping it for mid-game updates. If you want to avoid the Splatoon 2 intro then you need to keep Splatoon 2 on as much as possible

Updates will force you to close, but otherwise you can keep the game running as long as you don’t want to play anything else. Doing this will minimize how often you have to suffer Pearl and Marina’s shenanigans.

Home / Games / Splatoon 2 Guide: How to Skip the Intro Cutscene