In space, no one can hear you qualify. 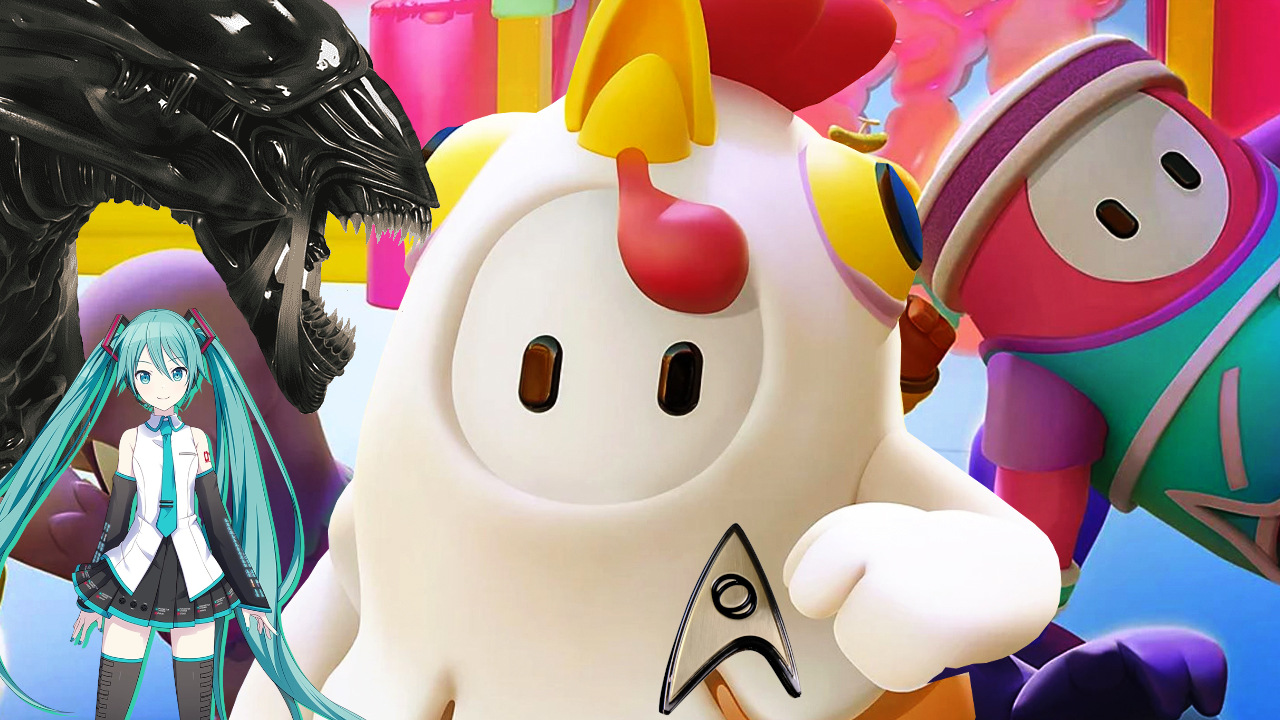 Very few games can balance energetic joy with absolute frustration quite like Fall Guys. The hit multiplayer platformer battle royale has been a hit since its introduction to the world in 2020, so folks could stay safe and enjoy a new gaming sensation remotely with friends. The game has since gone free-to-play, and one of its most noteworthy trends has been its massive amount of collaborations, resulting in fun, pop culture-themed skins to wear and show your fandom to other players. Read on for our coverage on the latest incoming additions according to leaks, saying that Hatsune Miku, Alien, and Star Trek Are Coming to Fall Guys!

Fall Guys Season 2 space event and costume, and Alien and Star Trek collabs have been leaked by @FGPancake and YouTuber Marcus Leung has been sharing leaked gameplay of Fall Guys season 2, including gameplay of the new Hyperdrive Heroes level: https://t.co/AugnF9zXN2 pic.twitter.com/1lH4feofHy

As shown on Twitter, reputed Fall Guys leakers @FGPancake and Marcus Leung have been sharing indications that strongly point to collaborations with Hatsune Miku, Alien, and Star Trek in Season 2. Their biggest claim is the presence of characters from these properties showing up in the beta CMS (content management system) mentioning the Xenomorph, Spock, and Hatsune Miku. Of course, this is still a leak and has to be officially commented on, however, these sources have shown to be rather reliable, such as Marcus Leung’s leaks of Hyperdrive Heroes, which he has posted to his YouTube channel.

These collaborations are surely not out of the ordinary, given that the game has now featured many other properties with many distinctive skins, such as King Ghidorah, Sonic the Hedgehog, and so much more. A xenomorph skin would be utterly bizarre, for sure, but disarmingly cute as well in all likelihood. Hatsune Miku would fit the aesthetic, and as for Spock, that hairdo and outfit will easily work. Plus, when you’re executing a grab, you can pretend to pull a Vulcan nerve pinch as you doom an opponent to get flattened by flying food/debris.

If not for Hatsune Miku, the outer space theme would be more clear as a shared element between the other characters and the themed challenges/environments coming to the game. This includes 9 new trials that appear to be heavily space-inspired, and given the name “Pixel Perfect” for one of these levels, perhaps we have our clue as to how Hatsune Miku fits in.

This concludes our coverage of Hatsune Miku, Alien, and Star Trek Coming to Fall Guys!

Fall Guys has been free-to-play since June 21, 2022, and is available for PC, PlayStation 4 and 5, Xbox One, Series X|S, and Nintendo Switch.

Attack of the Fanboy / Gaming / Hatsune Miku, Alien, and Star Trek Are Coming to Fall Guys