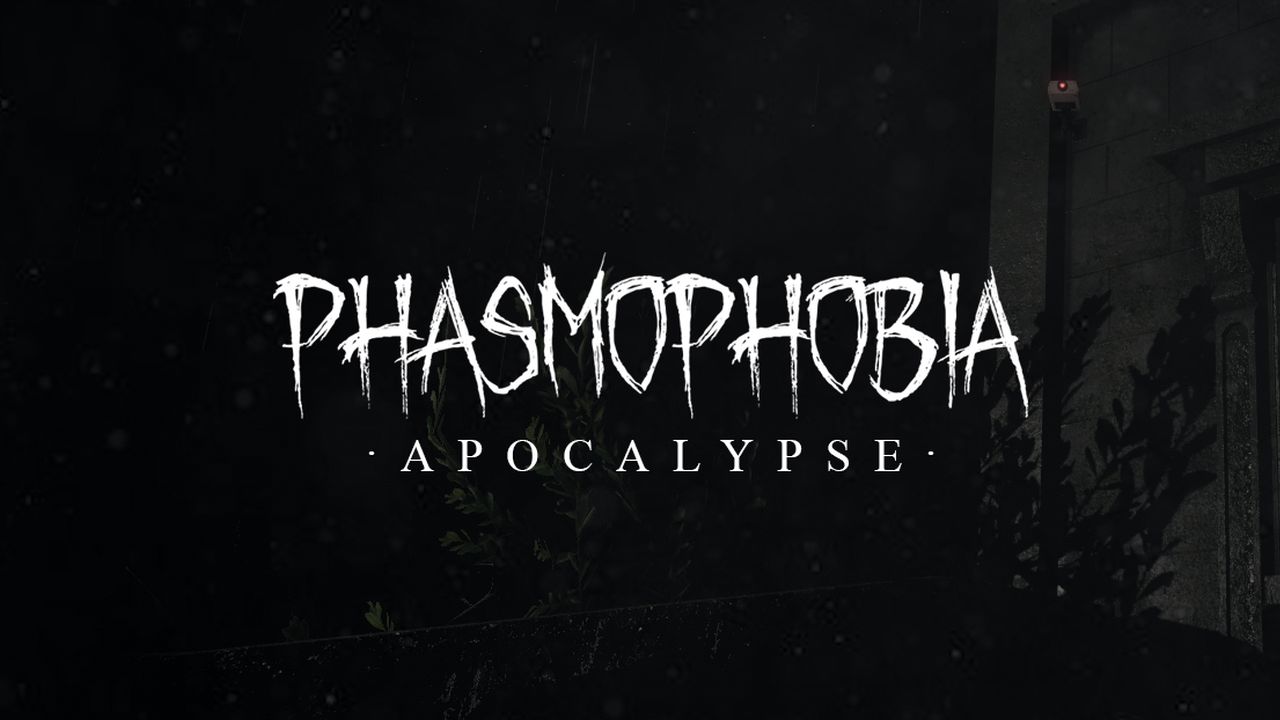 What’s a common practice now in video games is laying out content roadmaps. They essentially lay out what will come in each update and a rough estimate of when people can expect these to come out. This is typically seen in live service titles to not only keep players engaged, but also to have them look forward to when they can hop back on. In terms of Phasmophobia, we have seen significant updates, but now we have a roadmap to further showcase what’s to come at later dates.

All Future Updates in the Latest Phasmophobia Roadmap

As of right now, the new update, v0.7.0.0, just came out. Now known as the Apocalypse update, this brings out the option to create your own custom difficulty. This can range from altering how much Sanity you gain back from pills, how much you can start with, how much it can drain, and much more.

Of course, the harder you make your custom difficulty, the more money and XP you can earn from doing so. The game will also allow you to save up to three different custom difficulty options to use at later times. Next, we just received new locations built from the ground up. You can also look forward to new ghost types, a better reporting system, and a bunch of quality-of-life (QoL) changes. 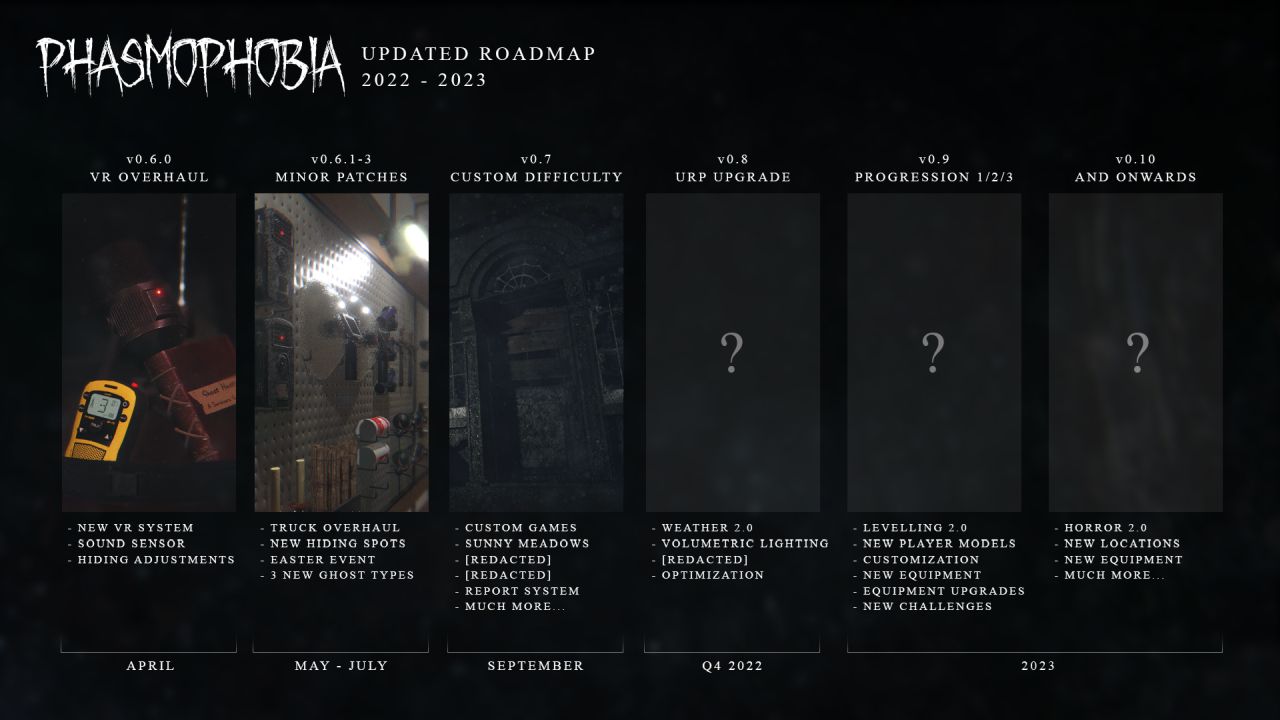 As for the roadmap, this was simply listed as v0.7. The next big update will be v0.8. It’s listed as the URP Upgrade. With it, it’ll have a new weather system, volumetric lighting, many optimizations, and something called [Redacted]. We can only assume the redacted item is new content, mostly avoiding spoilers. Expect this before the end of the year, or as it’s listed, Q4 of 2022.

The Roadmap also vaguely lays out what players should expect in the following v0.9 and v0.10 updates. It seems that every major system in Phasmophobia is getting a 2.0 update to them, possibly to put it out of early access. While there is not much regarding it being released on Xbox or other consoles yet, this should iron out a lot of bugs and kinks in the process.

As of right now, you can try out and see everything new in the Apocalypse update, with one more major update to happen before the end of the year. When it comes to a new leveling and horror system, those will be added in 2023 with no set dates just yet. We’ll be sure to update you when they are announced.

Phasmophobia is available now on PC via Steam.