Master the Stalk Market with these simple turnip tips. 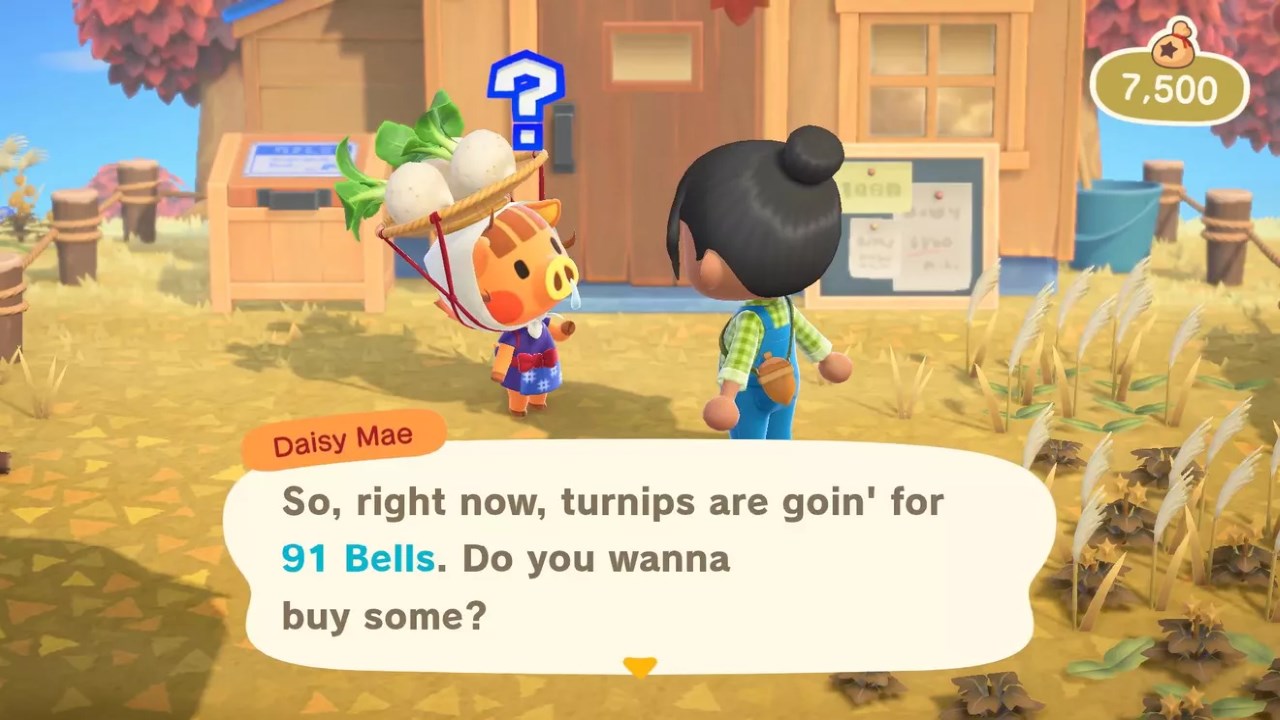 There are tons of ways to make money in Animal Crossing: New Horizons, but the best way to really bring in the bells is to try your hand at the Stalk Market, selling turnips at incredibly high profit margins. The Stalk Market runs on a weekly schedule, and the process of buying and selling turnips can be confusing at first to new players. Thankfully, it’s a very simple process once you get the hang of it. The market can be finicky, and there are definitely weeks where you won’t make very much money, if anything at all. Soon enough, though, you’ll be rolling in more bells than you can count if you follow the basic principles of buying low and selling high. This is everything you need to know about the Animal Crossing: New Horizons Stalk Market, including the best times to buy turnips and general tips for maximizing profits.

Buying and Selling Turnips in the Stalk Market

Before you start worrying about profits, you’ll need to acquire some capital first. The sole commodity of the Stalk Market is turnips, which can be purchased every Sunday from a visiting vendor named Daisy Mae. She’ll show up on your island every Sunday, and she’ll be available from 5 AM to 12 PM. If you speak to her, she’ll sell you however many turnips you want. Turnips in Animal Crossing aren’t sold at a fixed price. Instead, the purchasing and selling prices for turnips are variable. That means Daisy Mae will offer you turnips for a different price each week, and you’ll be offered several different selling prices at Nook’s Cranny throughout the week. This concept is the core of the Stalk Market; you want to buy turnips for as low a price as possible and sell them for as high a price as possible in order to make the most money. 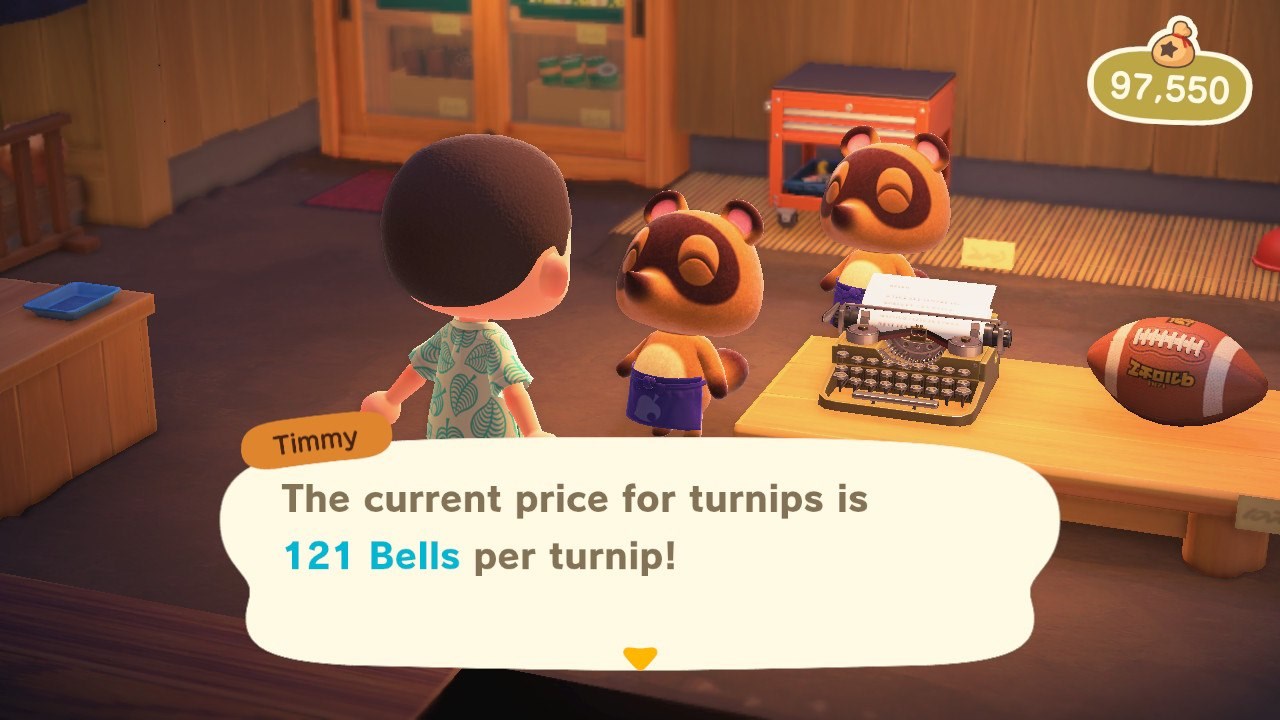 When to Buy and Sell

Generally, you should buy from Daisy Mae if she’s selling turnips for under 100 bells. How many you buy is up to you. If you buy more, you’ll be able to make a much greater profit, but that’s at the risk of losing all of that money if the prices are terrible for the upcoming week. Don’t be afraid to buy turnips in bulk, but also be mindful of your savings account. You don’t want to bankrupt yourself after just one bad week. Selling is another question entirely. Timmy and Tommy will buy your turnips from you at Nook’s Cranny at a variable price, which changes twice a day.

With two prices per day (one in the morning and another in the afternoon) and six days until Daisy Mae comes around again (Timmy and Tommy don’t buy turnips on Sundays when she’s there), you have twelve opportunities a week to sell your turnip haul for a profit. If you don’t sell your turnips before Daisy Mae comes back on the following Sunday, they’ll rot and become practically worthless.  You also cannot time travel, either, or your turnips will rot. That means you’ll have to be smart about when to sell and know when to cut your losses during a bad week. Keep in mind you can also travel to a friend’s island to sell your turnips there if they have a particularly good price. Communicate with other players and you’ll almost never lose money on a turnip investment.

While the Stalk Market may appear random at first glance, there are actually a few patterns that it tends to follow that can give you an idea of where prices will end up throughout the week. These trends won’t help you pinpoint exact numbers, but they can give an idea of whether prices will rise or fall in the coming days, giving you a helpful indicator that will assist you in your turnip selling decision. Turnip prices can follow one of three patterns: spike, decreasing, and random.

Spikes can show up in many different sizes, but the trend they follow is always the same. The week will begin with generally low prices, typically in the 70-110 bell range. They’ll decrease each time the price changes, but they’ll shoot up significantly during the middle of the week. Smaller spikes can see a price increase that reaches around 200, but larger spikes can result in turnip prices of 500+ bells, generating enormous profits if you decide to sell. After the spike, prices will fall until Daisy Mae returns on Sunday. In a spike pattern week, don’t sell as soon as you see prices shoot upward. Once the price increases the first time, it will likely go even higher the next time the price changes. That’s when to sell your turnips.

These weeks are an unfortunate reality in the Animal Crossing Stalk Market. They’re inevitable, and the best way of dealing with them is to recognize when they appear and offload your turnips as quickly as possible. In a decreasing week, prices will continuously fall throughout the week. If you keep checking prices regularly and don’t see an increase after a few days, it’s best to sell whatever turnips you have and eat the loss. There’s always next week. If you don’t see prices start to trend upward by Thursday, then you’re in a decreasing week and you should absolutely sell your turnips as soon as possible to minimize your losses.

The Stalk Market isn’t always predictable. Sometimes, the prices generated throughout the week will be completely random, so you’ll have to keep checking and hope you get a decent price in order to turn a profit. If your turnip prices stay the same or increase during the first few days of the week, then you’re in a random week (decreasing prices would indicate either a decreasing or spike week). With random weeks, it’s best to play it as safe as possible and sell your turnips when you see a decent price. Holding out for a super high price is incredibly risky, as the volatility of a random week can leave you with pitiful prices. 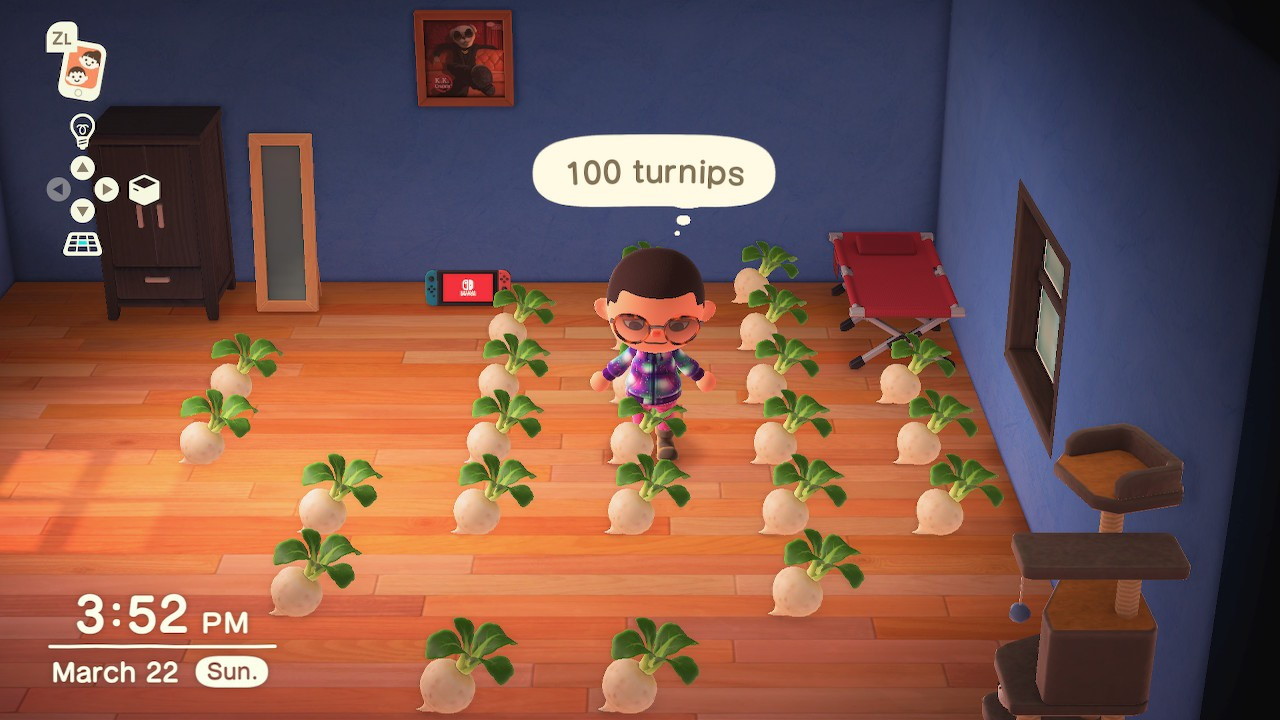 Turnips cannot be placed in your home storage, but that doesn’t mean you can’t store them in your home. They can be left on the floor without consequence. If you decide to purchase large amounts of turnips, you might find yourself having to move furniture around to accommodate your investments. If you want to be a hotshot turnip trader, then it might be a good idea to leave a room completely empty and use it as a turnip cellar. Also, if you’re looking to fill your Critterpedia, leaving turnips on the ground outside and allowing them to rot will cause ants to appear. They don’t sell for a lot, but Blathers will appreciate the donation (even if he might not care all that much for insects). They’re also a nice way to recoup some of your investment if you accidentally let your turnips rot.

As we mentioned above, you can sell turnips on other players’ islands if you’re unhappy with your local prices. If you’re serious about the turnip trade, collaborating with other players is key to success and high profits. You won’t get a huge spike on your island every week, but there are definitely players out there with high prices and open gates if you look hard enough. The Stalk Market is not necessarily a solo affair, so make use of your friends and the various communities out there to maximize your profits. Keep a watchful eye on your prices and be sure to buy low and sell high. The Stalk Market is a fantastic way to make money in Animal Crossing: New Horizons, and the turnip trade does not have to be a risky endeavor if you play your cards right.