Are SCUF Controllers Worth It? Price Breakdown, Features, Paddles, and More Explained

A solid investment for a certain audience of gamers. Are SCUF Controllers Worth it?

To answer this question, it’s really dependent on how applicable this controller will be for you. If you play a variety of games in genres aside from shooters, then this probably isn’t for you. SCUF controllers are for people who almost exclusively play shooter games, whether it’s third-person or first-person. Even then, it’ll be worth investing in one if you’re the type who plays ranked modes in these games.

These controllers are designed solely in mind for shooter games, given that their game hub page is primarily filled with instructions on how to properly map these controllers in shooter games. Some of the more prominent games listed on their site include Call of Duty: Warzone, PUBG, Apex Legends, Fortnite, and Tom Clancy’s Rainbow Six Siege.

They’re marketing the controllers to primarily work best on games where you’ll ideally want to keep your hands on joysticks the entire time. In terms of shooter games, you’re always in motion with one stick and aiming with the other. Standing in a gunfight is not something you want to do. With the extra features SCUF controllers have over standard Xbox or PlayStation controllers, they include things like buttons on the back of the controller that you can map to your liking.

The extra buttons are the back paddles you can see on the controller models. They are put there in a way to ergonomically fit in your hand. It’s done so in such a way that keeps you fully engaged and does not need to compromise finger positioning. On top of that, input latency is also reduced which is even better if you’re someone who likes to go for precision shots. 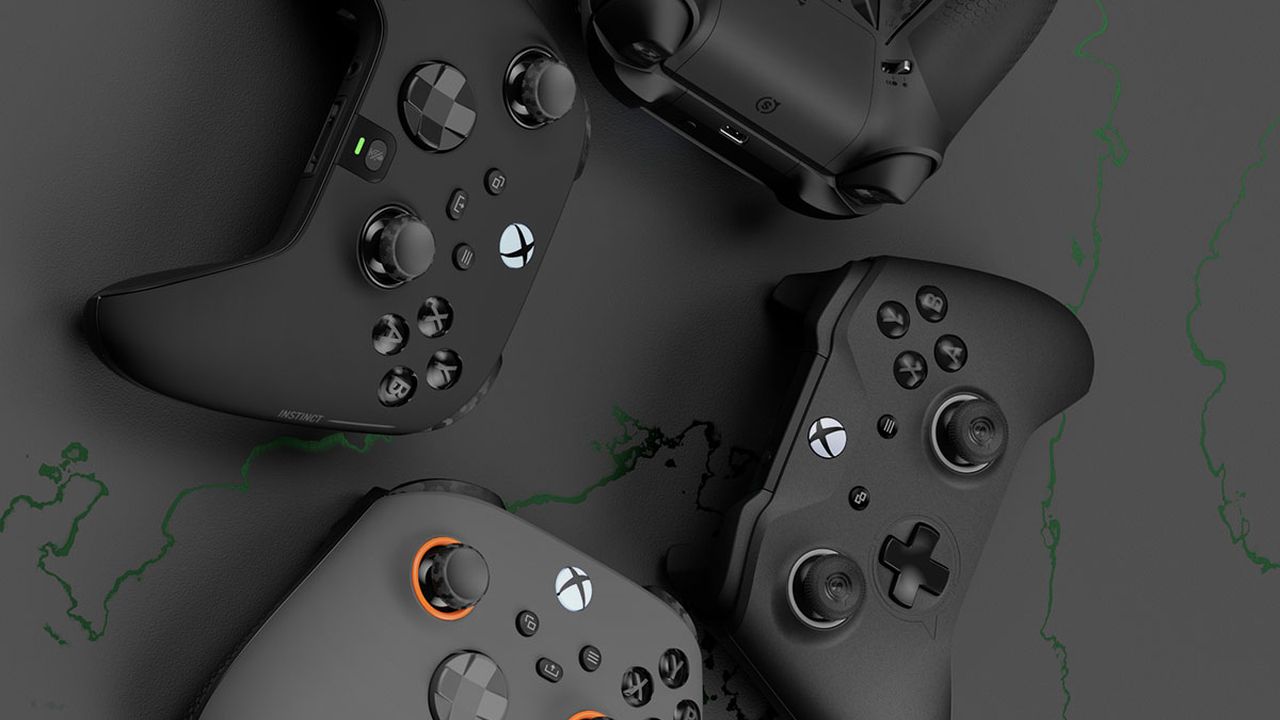 Finally, they have trigger stops built-in on their standard controllers to reduce the travel time per trigger pull. It works exceptionally well when you fire semi-auto guns in your preferred shooter of choice.

Typically, a SCUF controller is going to start at no less than $140 USD. Even with controllers for previous-gen systems like the PS4, you’re still looking at those price points. Luckily with these controllers, they can be used on a PC if you also play on a console.

Of course, with more peripherals, the price will increase. This is why the controller is an investment. These are designed to essentially elevate your gameplay, especially now in an era of gaming where people on consoles are able to go against PC players via cross-play matchmaking.

Finally, SCUF controllers aren’t illegal. Sure they can be talked down upon for essentially having more features than a standard, first-party controller, but they aren’t modded per se. Unless these controllers had some kind of programmable features like a turbo or rapid fire, then they would be bannable in games. SCUF is allowed even in tournament plays and is even partnered with groups like FaZE, Luminosity, and Optic Gaming just to name a few.

All in all, you should only consider getting a SCUF controller if you are someone who is a hardcore and competitive shooter player. If not, a standard controller that came with your console should do just fine.

Attack of the Fanboy / GAME GUIDES / Are SCUF Controllers Worth It? Price Breakdown, Features, Paddles, and More Explained