Assassin’s Creed Valhalla – How To Use Hidden Blade

Not quite the same as in the past. 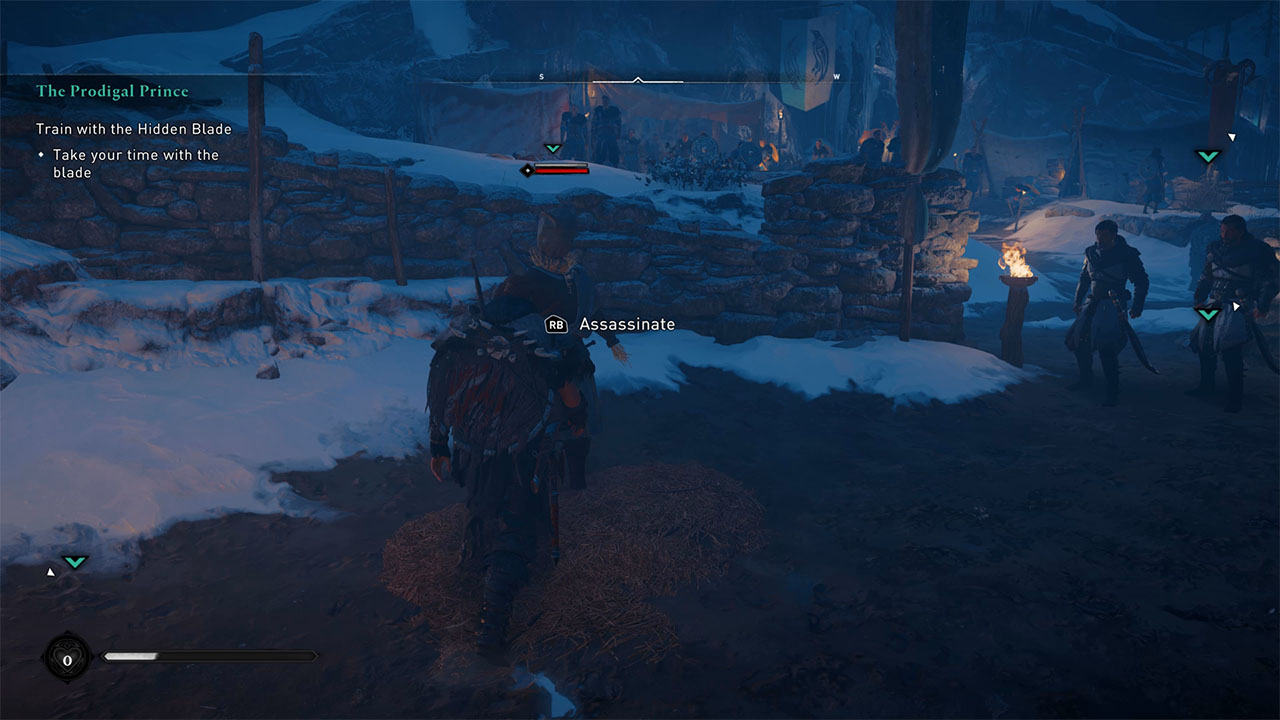 There are multiple things that people think of when they think about the Assassin’s Creed franchise, with stealth kills playing a major role in that. Trying to take everyone down at once can often prove very difficult, which means it is better to take a stealthy approach and pick enemies off one by one. This was not really possible in Assassin’s Creed Odyssey, but now the ever popular hidden blade is blade in Assassin’s Creed Valhalla to help you do exactly this.

How To Use Hidden Blade

The usage of the hidden blade has been relatively simple over the years with Assassin’s Creed, but the one introduced in Assassin’s Creed Valhalla is a little different. You can’t rely on this one as a weapon in battle, but rather simply as a stealth assassination method.

You do not start off the game with the hidden blade, but rather have to obtain it as part of the game’s story, which you can read more about in our guide on how to get the hidden blade. Once you have it in your possession though, you have to learn how to use it.

In past Assassin’s Creed games, the hidden blade was an instant kill against enemies every time if you were doing a stealth assassination. This will be the case early on in Assassin’s Creed Valhalla when you are taking out enemies with light armor by simply pressing RB/R1 when sneaking up on an enemy quietely. However, you will eventually reach a point where the stealth assassination just turns into a stealth attack and they will survive with a bit of health left when you do the same thing.

For these enemies, you need to wait until you unlock the Advanced Assassination skill, which will allow you to kill these heavy armored enemies with a special time based input. You can always tell how much damage you’re going to do with the hidden blade on any given enemy by looking at their health bar. When standing behind them, the bar will reduce their health to what it would be after attacking. Before you have that ability, you will have to do reduce their health mostly down with the hidden blade and then use your other weapon to finish it off quickly before they can make a sound.