Should You Let the Animus Choose?

You can play the game entirely as male or female Eivor if you want, but letting the Animus decide for you is the intended choice. The game will swap between both versions of Eivor throughout the story depending on how strong the memory strain is within the Animus. According to the game’s narrative director, having both male and female Eivor play a role in the narrative is “integral to the story we’re telling.” 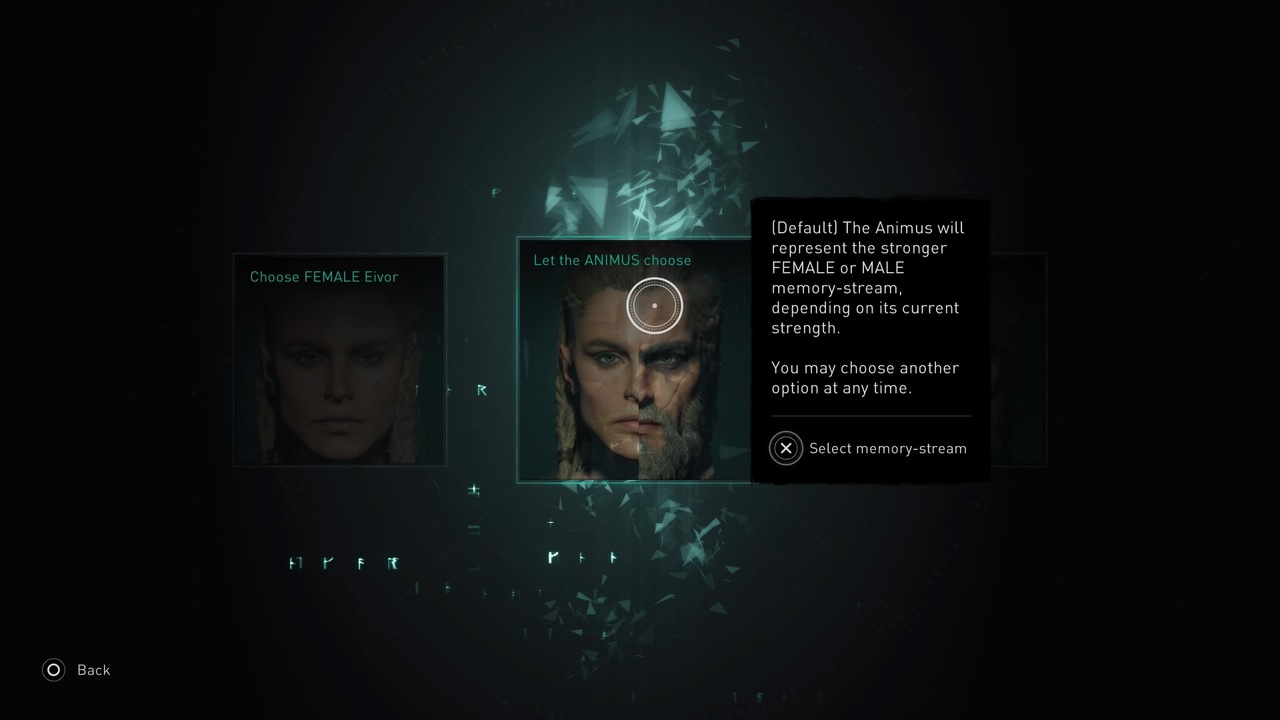 If this sounds odd to you, you have to remember that the Assassin’s Creed series is about people experiencing the memories of characters from the past, and Layla, the current modern-day protagonist of the series, is experiencing Eivor’s memories through the Animus. Early in the game, you find out that the Animus is seeing two overlapping memory strains from a male Eivor and a female Eivor, and this is why the game gives you a choice for Eivor’s gender. Certain memories have a stronger affinity for either the male or female version of Eivor, and that is why the game will swap Eivor’s gender at certain times. These overlapping memory strains also play a large role in the game’s story, although we cannot explain much more without spoiling anything.

If you want the full Assassins Creed Valhalla experience, you should let the Animus choose Eivor’s gender. If you select this option, you will begin the game as female Eivor, but you will swap back and forth throughout the story. If you just want to play as one or the other, though, you can choose your preferred gender when given the option. You can also change Eivor’s gender or decide to let the Animus choose for you at any time by pressing up on the d-pad on the Inventory screen to access the Animus and then selecting “Change Eivor’s Appearance.”