Battlefield 2042 Portal: How to Change Attachments and Weapons

How to change your weapons and their attachments in Battlefield Porta. 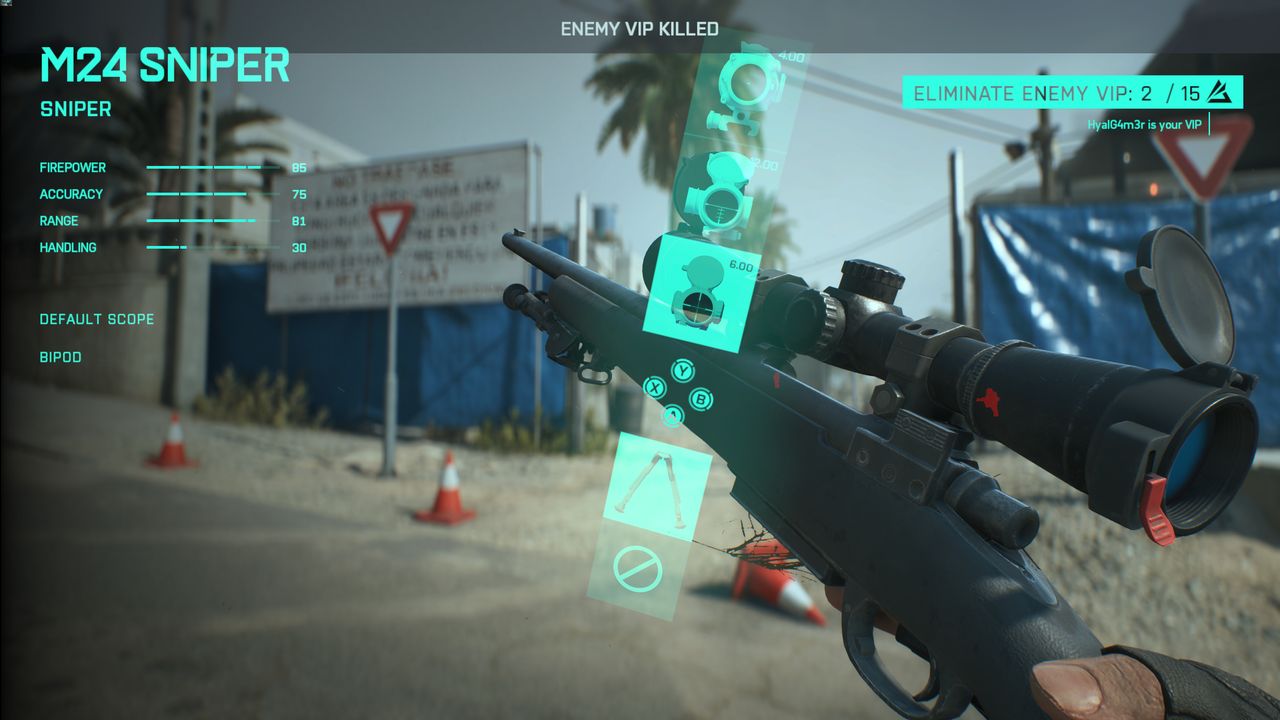 How to Change Attachments and Weapons in Battlefield 2042 Portal

Changing Attachments and Weapons in Battlefield Portal will depend on the ‘Collection Title’ you’re currently playing: Battlefield 2042, Battlefield 1942, Battlefield: Bad Company 2 or Battlefield 3. In modes using Battlefield 2042, you can simply use the ‘Plus‘ system by holding down T on PC, LB on Xbox or L1 on PlayStation. Choose the attachment you wish to equip and let go of the respective button to equip it instantly. Modes using other titles’ rulesets don’t support the Plus system and, instead, have to be changed between deployments.

Changing Weapons and Attachments Between Deployments

To change weapons and attachments between, or before, deployments in Battlefield Portal, select ‘Modify’ before deploying. You will be able to choose your Specialist, primary weapon, secondary weapon and the rest of your loadout by switching between tabs. It’s important to note that, in some titles, certain weapons can only be used by specific Specialists. 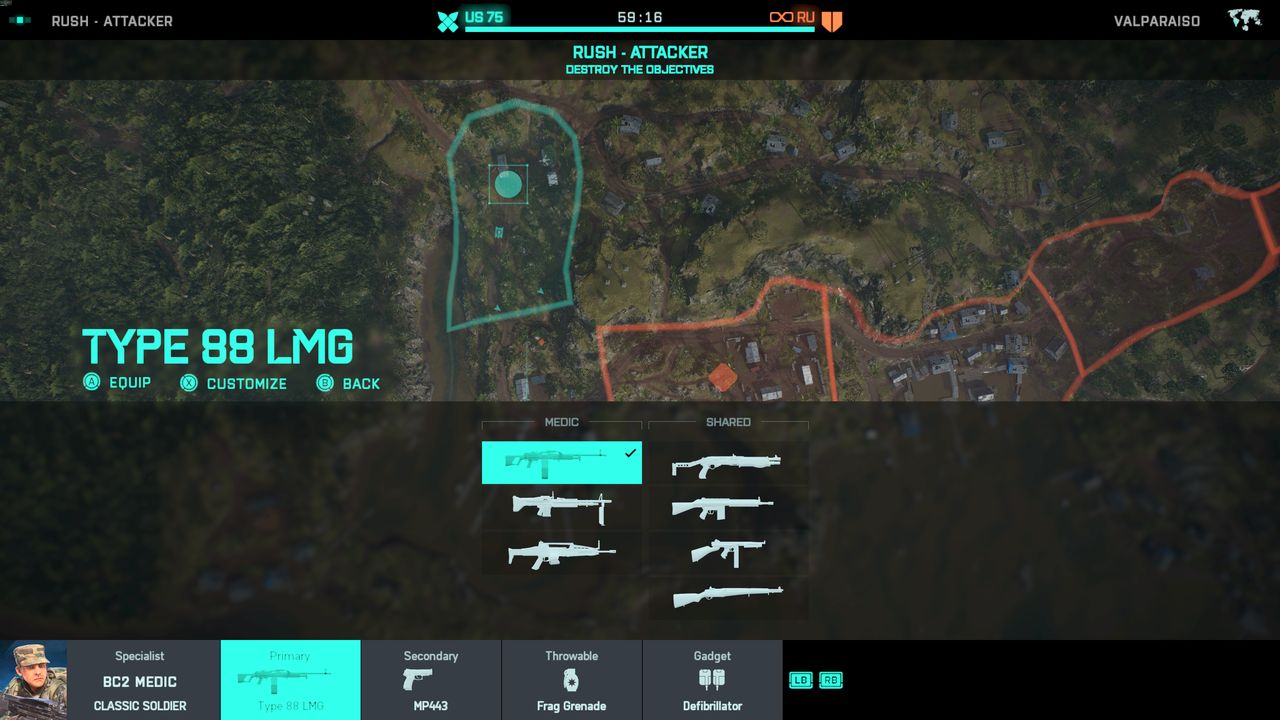 To customise a weapon attachment, hover over the weapon you wish to change in this menu and select ‘customise’. Here, you can choose your scope and other attachments, such as the underbarrel, barrel and ammunition type. Not all weapons can be customised and some have customisation options and weapons are locked behind player progression, especially in games using Battlefield 2042‘s ruleset. The weapon and attachments you have chosen will appear in your loadout after you deploy.

Changing and Customising Weapons and Attachments Before Joining Games

You can also customise your weapon attachments, and which weapons you use in your loadout, before joining Battlefield Portal servers. This is especially useful if you have a specific loadout you use often. To change your loadouts, make your way to the ‘Battlefield Portal’ option on the main menu and navigate to the ‘Collection’ tab. From here, select the title you wish to edit your loadout for and navigate one step over to ‘Loadouts’. Here, you can modify your entire loadouts for each title that will become selectable in your next Portal game. 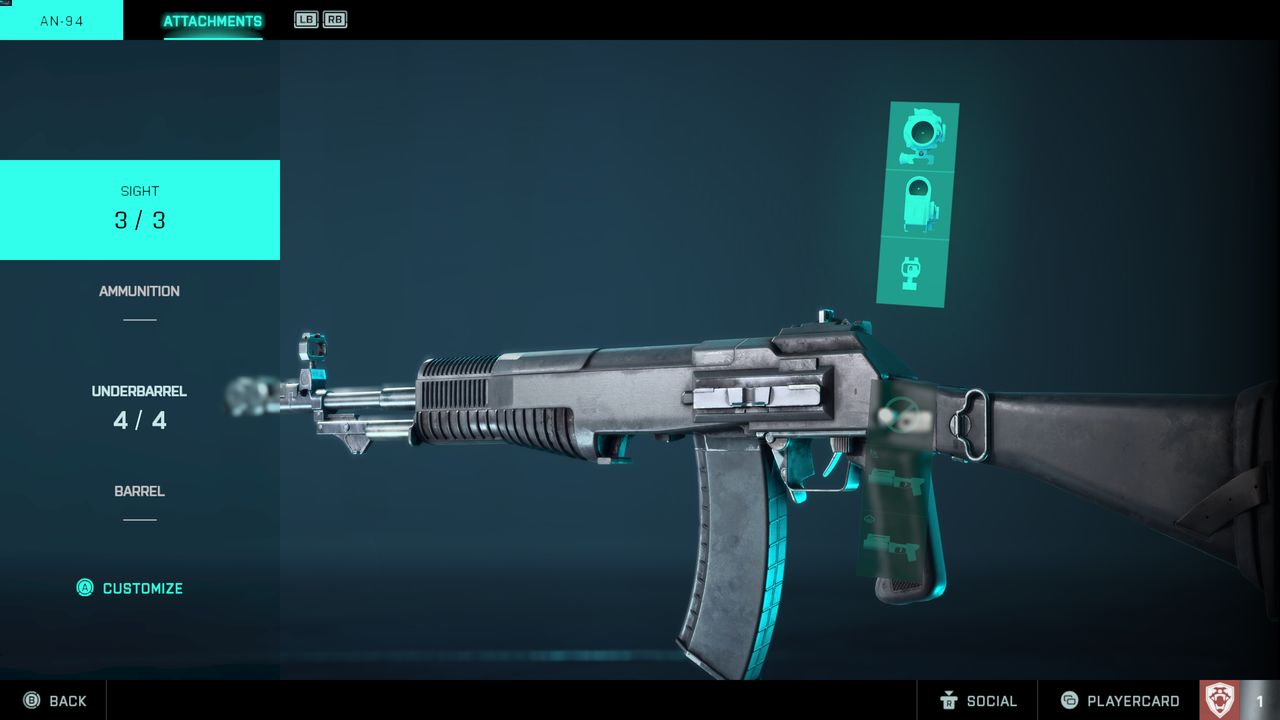 To change the attachments on your weapons, you’ll instead need to traverse to the ‘Weapons’ tab, select the relevant weapon and then ‘Customise’. The options you choose will affect this weapon in every loadout that uses the same weapon, so choose carefully.

You can also customise Vehicles, Gear and Specialists in the Collection menu for each title. If you pre-ordered Battlefield 2042 and/or purchased the Gold or Ultimate version of the game, you should have a plethora of special outfits to use in the Battlefield 2042 option.

Don’t forget to check out our guide on Attachments and Weapons in Battlefield 2042’s Hazard Zone, a new mode described as a “squad-focused survival experience”.