Not a bunny infestation again! As a game, Fortnite has a lot of different types of skins. From crash test dummies to walking talking fishes, you will be able to dress up as almost anything and everything under the sun in Epic Games’ popular battle royale. The game also has an exciting selection of bunny skins as well.

Over the years, Epic Games has released a lot of Fortnite Bunny Skins. Most of these skins were released during Easter, but they have managed to remain in style throughout the year. That said, here are some of the best Fortnite Bunny Skins that you can use while running around on an island that is stuck in a loop! 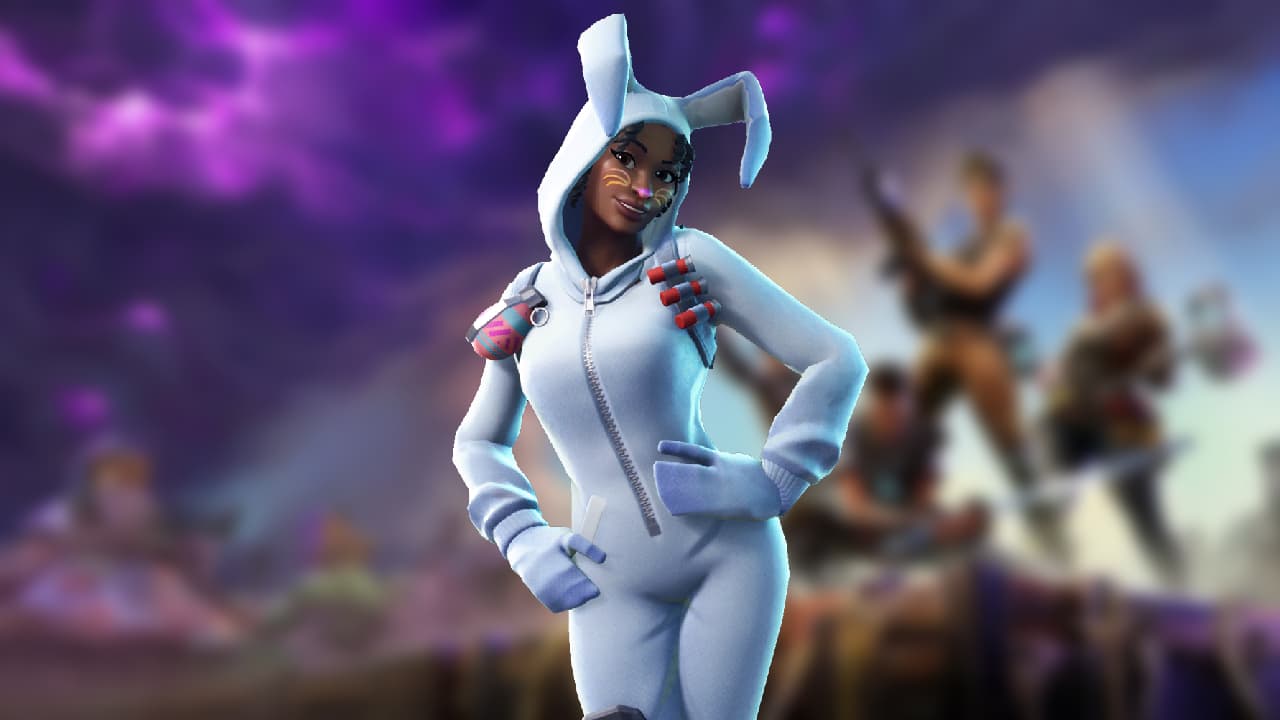 The Bunny Brawler skin was introduced in Fortnite as a part of the Pastel Patrol set. In fact, this skin had a male variant of it as well, known as the Rabbit Raider. Each skin costs around 1,500 V-Bucks and can be seen in the Item Shop, especially during Easter. The Bunny Brawler set has two different variants in the game. This skin is tagged as an Annual skin, so expect it to return to the Item Shop at least once a year. Dutch is probably the most colorful bunny you shall come across in a while. Available in four different styles, Dutch will set you back around 1,200 V-Bucks. Dressed in a tux, Dutch is a part of the Dapper Rabbit bundle that was first released during Fortnite Chapter 2 Season 6. Apart from the four different styles, the bundle also featured the Skellebun Key back bling which also comes in two variants, namely gold and silver! Guggimon is probably the only skin on this list that cannot be purchased from the Item Shop. This Fortnite Bunny skin was introduced in the Chapter 2 Season 7 Battle Pass. Not many people know this but Guggimon skin made it to the game because of a collaboration between Superplastic and Fortnite. This skin had five different variants, which could be unlocked by progressing through the Battle Pass itself. Interestingly enough, Guggimon was also an NPC for a season. Bun Bun is what you would get if a chocolate easter egg evolved into a bunny overnight! He can be seen wearing a costume designed out of chocolate wrappers. Not only that, there are a few ribbons here and there too! Introduced during Fortnite Chapter 2 Season 2, Bun Bun was a part of the Choco bundle. The entire bundle was priced at 1,200 V-Bucks and included a back bling as well. In terms of design, this is probably the simplest of all Fortnite Bunny skins. This is, by far, the creepiest-looking bunny skin that you will find in Fortnite. If you’re scared of bunnies, then this skin isn’t for you. Bunnies are usually known to be cute, but the designers at Epic Games added a scary twist to it, aptly naming it Nitehare at the same time. Overall, this isn’t the conventional bunny skin that you would come across. Introduced back in Season 8, Nitehare came with a 1,500 V-Bucks price tag.

Here are our picks of the best Fortnite Bunny skins. Other than these skins, you will find an entire range of skins that will allow you to dress up as a killer rabbit in the game. Some of these, like the Guggimon, cannot be purchased, but the ones that can be bought appear in the shop during Easter. Given that Epic Games keeps adding fresh skins to the ever-growing roster of skins in the game, they just might add a new bunny skin or two in the new season that drops on September 18.

Fortnite is free to play on PlayStation 4 and 5, Xbox One and Series consoles, PC, Nintendo Switch, and mobile.