Add some spice to Minecraft by joining these servers! 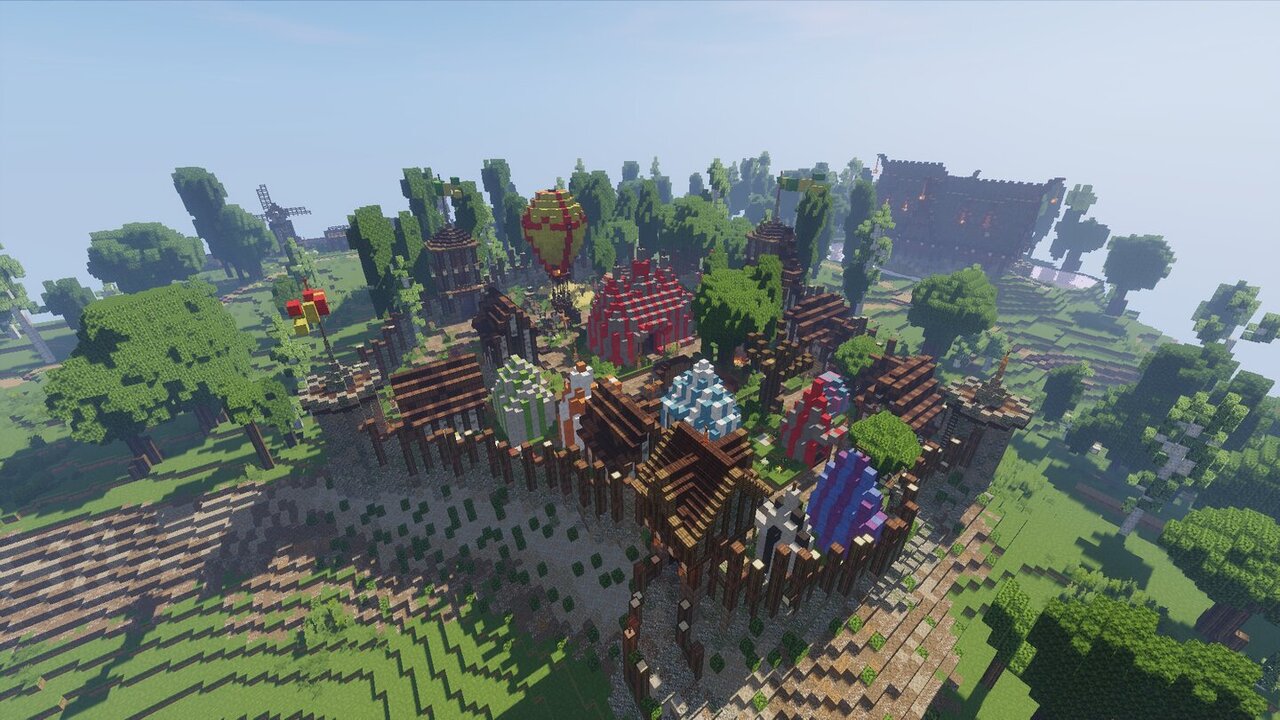 The Minecraft community has been consistently growing over the past decade. With this growth has come some of the most creative servers players of all levels can join in on and enjoy. The best ones are those that add role-play elements, making you feel like you’re playing a different game while still in the Minecraft world. This article will cover some of our favorite role-play servers that you should dive into as soon as possible.

Whether the goal of the server is just to relax or has a more significant objective at hand, there is some fun for everyone in the modding community. Below are our five favorite Role-play servers that deserve your time.

This role-play allows you to enjoy the fundamentals of the famous game Clash of Clans. Users of this server will be able to own an island that is entirely their own. Many activities are needed here, but the main goal is to grow, recruit others, and battle other players for power over the land.

Like other role-playing games, you need to mine resources, construct buildings, and gather as much money as possible to unlock new features. While doing these tasks, you will be gathering more manpower and preparing yourself and your recruits to invade other player’s islands, adding a competitive nature to Minecraft.

This is for the corporate folks and entrepreneurs who want to role-play the act of getting extremely wealthy. Participating in the front of taking college courses and becoming a successful businessman are all part of the game for this role-play server. Once you complete all the requirements of education, you are free to begin the journey of starting your own company from the ground up.

You are tasked with choosing from a long list of jobs, including police officer or doctor, to raise enough money to start your own company officially. There are a lot of customization aspects to this server, considering you even get to choose precisely what the company will be and what its goal is as a corporation. Putting hard work into this role play will grant users opportunities to buy new houses in beautiful suburbs or cities.

Purple prison takes a sci-fi theme and brings on alien-like beings to invade the Minecraft map. The server’s root occurs in the prison map setting, where players mainly role-play as inmates of said prison. Users can claim their own points of land within this area, build upon it, and invite friends to join in on the fun to help create from the ground up.

Most importantly, the server hosts many different themed role-play events daily, constantly giving you something fresh to look forward to. The developing team of Purple Prison is continuously working behind the scenes to make this one of Minecraft’s top role-play servers.

This role-play server for die-hard fans of zombie-related entertainment is perfect for fans considering it is based on the beloved video game Day-Z. Throwing the player into a survival RPG is the purpose of the server, and it is entertaining to play. Starting from scratch and working your way up to become an expert survivalist makes this a server that requires a strategic mindset.

Players can gather resources, discover rare materials, and all types of weapons to apply to their stronghold and claim the land as rightfully theirs. Users will need to watch out for Zombies and other players who all have goals to take you out and destroy everything you built for yourself at your home base. Learning how to build fences properly can make all the difference in whether you survive throughout the night. One of the best role-plays servers if you are looking for a true challenge.

A unique role-playing server that doesn’t take itself too seriously. CloutCraft is described as a “hang-out server,” which means, just as it sounds, for players to come and relax. With no gameplay goals, players will run into others just looking for a friendly time.

It is a welcome change from the other more intense role-play servers and an excellent way to take some time to unwind. It is a relaxing experience, and those looking to mess around mindlessly should take the time to check this server out.

Once you have given all these role-play servers a try, feel free to check out what else the modding community offers by checking out other servers we discussed on this site!