Best Resident Evil Village Upgrades: What to Buy from the Shop First? 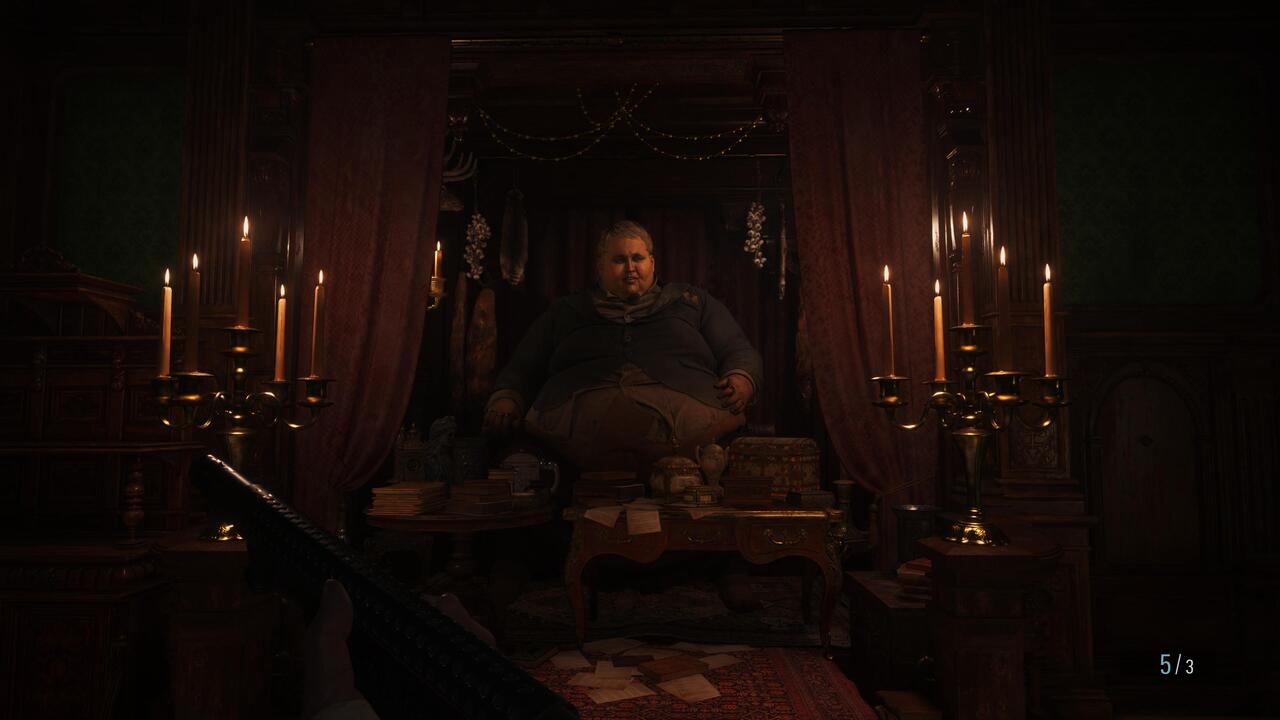 The Duke is a mysterious character in Resident Evil Village who sells items and various upgrades that will help you on your journey. Not much is known about where he came from or what his intentions are, but all that matters to him is making a profit. He sells great (albeit a bit expensive) items that range from weapon upgrades to new crafting recipes, but you won’t ever have enough Lei to buy everything you want. Especially in the early portions of the game, choosing the right things to buy can make your life a whole lot easier. Thankfully, Lei is fairly common and you should be able to scrounge up enough cash to buy the best Resident Evil Village upgrades for the early game before you escape Castle Dimitrescu. These are the best upgrades you should buy first from the Duke’s shop in Resident Evil Village.

These are the first three things you should purchase from the Duke’s shop in Resident Evil Village.

The Duke stocks other weapon components and crafting recipes in the early hours of the game, but most of them only have situational uses or just aren’t worth their high prices. The hair-trigger upgrade for the shotgun, for example, is a nice thing to have, but it’s not worth the price when compared to other upgrades that are basically necessities. The same goes for the extended magazine for the LEMI handgun. The basic magazine already holds enough bullets, and why spend a few thousand Lei on that upgrade when you can save for something like Extra Baggage for more inventory space? As always, these things come down to personal preference, but here’s why these are the first three things you should buy when you play Resident Evil Village. 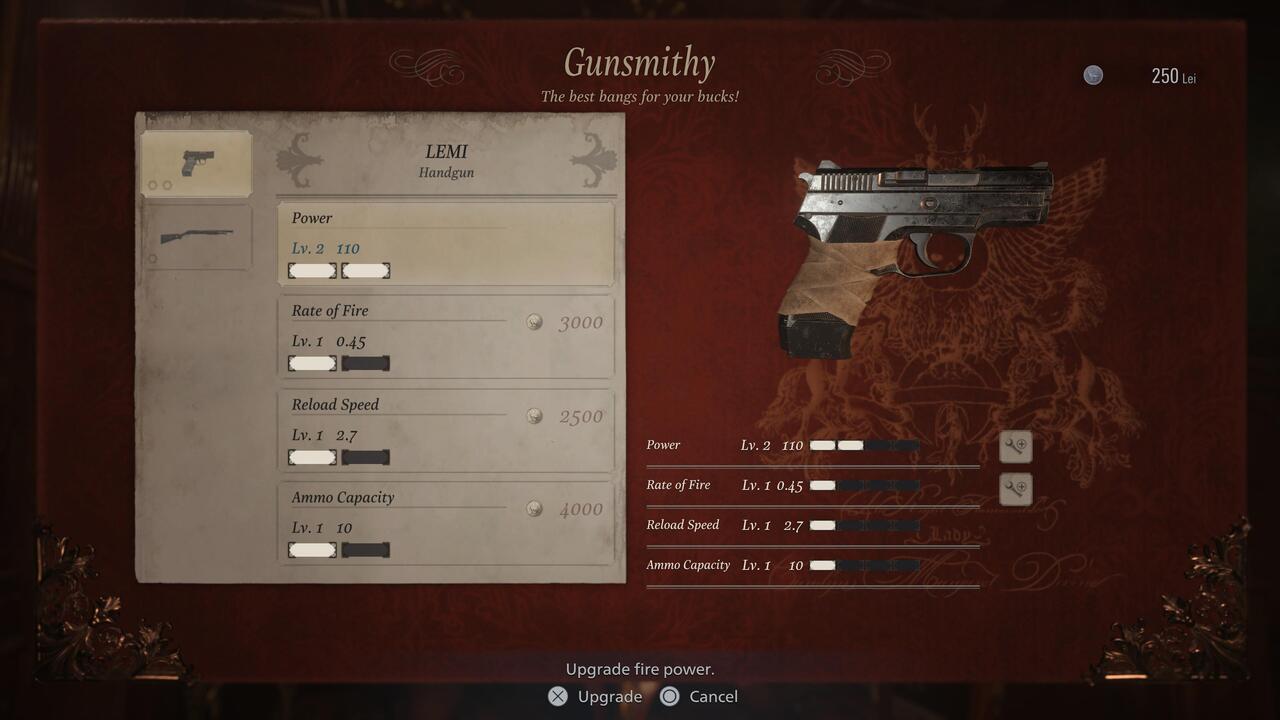 Upgrading the LEMI handgun to Power Level 2 is quite expensive, and you likely won’t have enough Lei to do so until you’re about halfway through Castle Dimitrescu. That won’t take too long, however, especially if you don’t buy anything else. Your handgun is your primary line of defense against the Lycans and other monsters of the village, and it’s pretty weak without any upgrades.

At level 2, it still won’t hit as hard as your shotgun, but you’ll be able to save ammo by not needing to use as much of it. Plus, the game throws pistol ammo at you all the time, so you might as well make the most of it. It’s your most reliable tool, so you want to make sure it’s capable of taking on crowds of enemies. It’ll get you through Castle Dimitrescu, but you’ll get an even better pistol once you return to the village. At that point, you can either keep the LEMI if you’ve grown fond of it, or you can swap it out for the M1911 handgun once you find it later. Crafting is a huge part of Resident Evil Village, but you only start out with the recipe for crafting handgun bullets at the beginning of the game. You’ll find a lot of pistol ammo in crates and just lying around the village though, so you won’t really need to craft a whole lot of it. Shotgun ammo, on the other hand is much rarer, and having a lot of shells can make your life a whole lot easier. The crafting recipe is available in the Duke’s shop for 3000 Lei, and you should purchase it immediately after upgrading your LEMI handgun’s power. That way, you can use your handgun for standard enemies and craft shotgun ammo whenever you can scrounge up enough resources, saving your shells for tougher encounters like boss fights. Some people would advise that you purchase this first, but its price prevents it from being an immediate impulse buy. It’s good to save up for this upgrade early, but increasing the power of your handgun and learning to craft shotgun ammo are much more valuable upgrades in the early stages of Resident Evil Village. Once those are out of the way though, save all your Lei until you can buy this. In true Resident Evil fashion, inventory management will quickly become a huge headache, so you’ll want as much space as you can. It’s worth the 10,000 Lei.