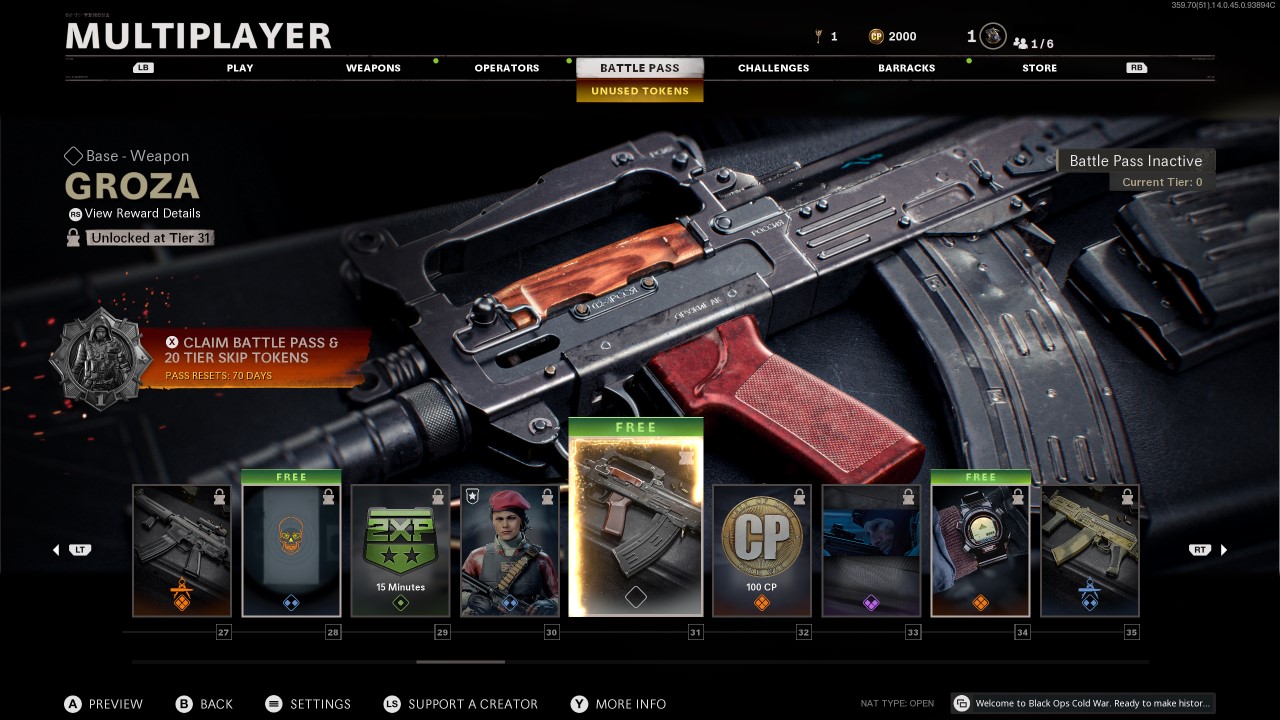 Black Ops Cold War Season 1 is now underway and that means there are two new weapons awaiting players in-game. If you have grinded away at previous battle passes in Modern Warfare or Warzone, the prerequisites for getting the latest firearms will not be foreign to you. Treyarch didn’t deviate from the system’s previous form to ensure familiarity as everyone moves to the newest Call of Duty’s first season.

The second weapon on the Season 1 Battle Pass is the Groza assault rifle. The new full-auto AR bundles notable firing rate, damage, range, and handling. Whether it can knock the AK-47 and XM4 out of top loadouts remains to be seen. The only way to find out how it fares is by unlocking the gun. Fortunately for you, we have those details right here.

How to Unlock the Groza

The Groza is the second and final new weapon unlocked through Battle Pass progression. It resides at Tier 31. The gun is available to both free and paid tracks of the Battle Pass. COD Points aren’t necessary to add the assault rifle to your armory. However, the Battle Pass can be purchased for 1,000 COD Points. Opting for the 2,400 COD Point Battle Pass will throw in 20 Tier skips, closing a fair bit of the gap to the Groza.

Should you not be of the patient variety or perhaps have disposable income burning a hole in your pocket, additional Tiers can be purchased for 150 COD points each. Buying the remaining Tiers needed for the Groza costs 1650 COD Points. But maybe you should just play the game you paid for instead, yeah?

The Groza is joined in Season 1 by another new weapon. Check out our guide on how to unlock the MAC-10 if you want the fastest firing submachine gun in your corner.