Black Ops Cold War – How to Unlock the MAC-10 SMG

Could this be Black Ops Cold War's MP7? 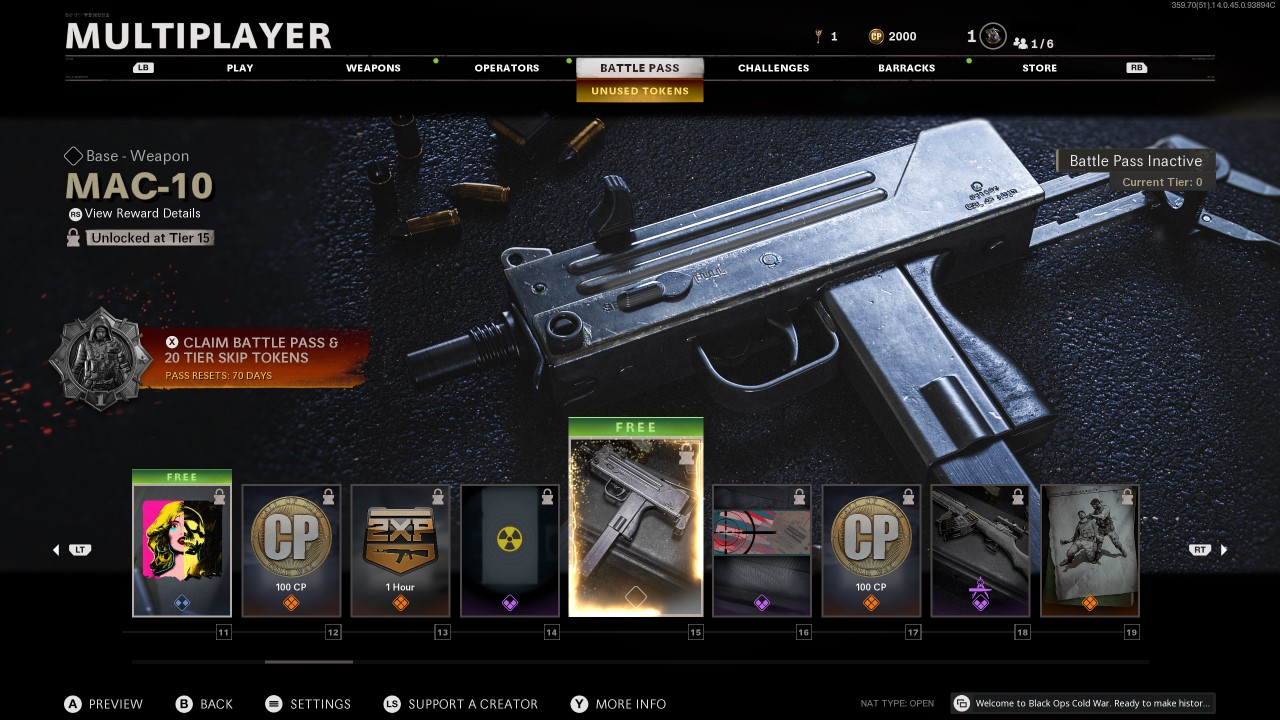 The Season 1 update for Black Ops Cold War is officially here and it’s celebrating by embedding two new weapons into its Battle Pass. If you have spent any time with Modern Warfare or Warzone in previous season, you will be immediately familiar with the unlock requirements for new weapons. Treyarch may have restarted the season count, but they aren’t shaking up the battle pass systems that came before Black Ops Cold War.

The first attainable firearm is the MAC-10 submachine gun. This compact SMG boasts the highest fire rate in its class at the expense of increased vertical recoil. Compared to the Milano (AKA Uzi), the MAC-10 has a base damage of 27 whereas the Milano sits at 42. Of course, this difference doesn’t tell the whole story. The MAC-10’s base fire rate is 1111 RPM. This sits well above the Milano’s 576 RPM.

The new SMG could position itself to become the equivalent of Modern Warfare’s always-meta MP7. Here’s how you can add it to your arsenal and find out.

How to Unlock the MAC-10

The MAC-10 is the first new weapon found in the Season 1 Battle Pass. It is tied to Tier 15. The gun is available to both free and paid tracks of the Battle Pass. COD Points aren’t necessary to put the SMG in your loadout. However, the Battle Pass can be purchased for 1,000 COD Points. Opting for the 2,400 COD Point Battle Pass will throw in 20 Tier skips, immediately unlocking the MAC-10 with no need to grind.

The MAC-10 is joined in Season 1 by another new weapon. Check out our guide on how to unlock the Groza assault rifle if you prefer a bit more distance between you and your enemy.