Black Ops Cold War – How to Unlock Zeyna as an Operator

The Dismemberment effect is back 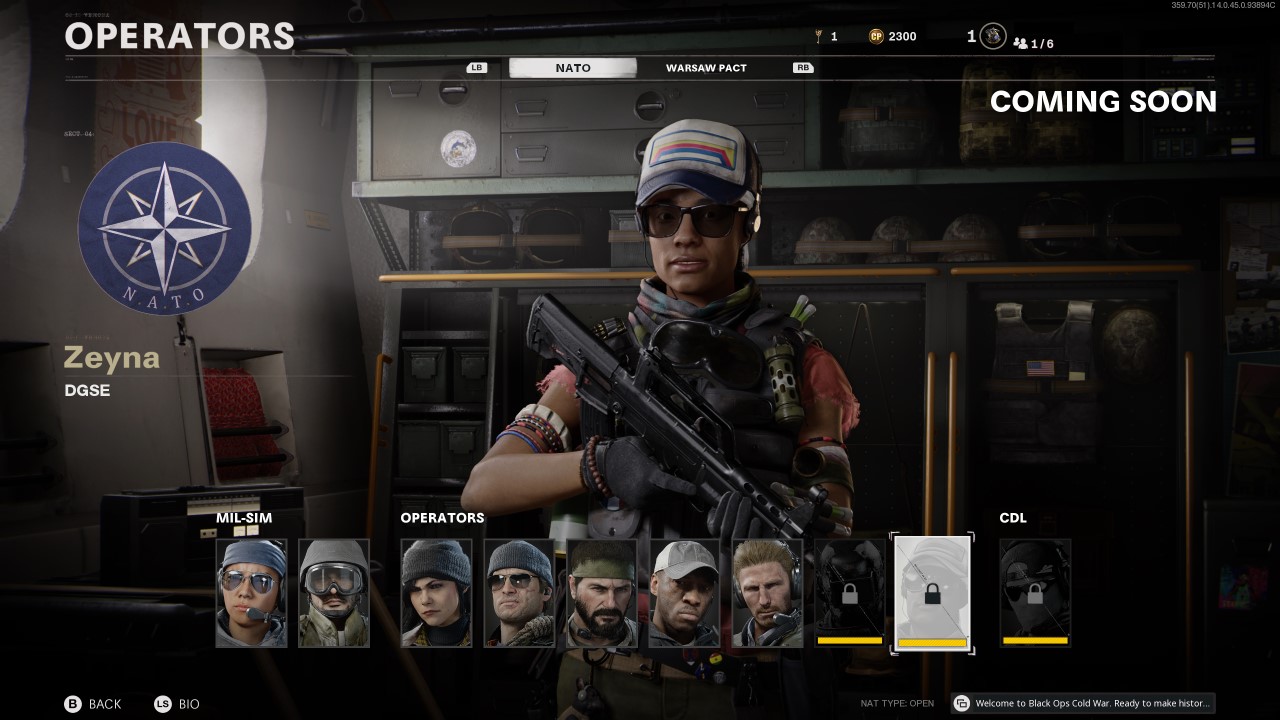 Black Ops Cold War Season 1 has tossed in a host of new content, from operators to weapons, for players to unlock. DGSE Mobility and Heavy Weapons specialist Zeyna now appears under the NATO section of operators. However, she shows locked without any clear unlock conditions presented at the top-right like the standard operators that appeared at launch.

While the unlock requirements aren’t immediately obvious, Treyarch hasn’t completely left us in the dark with Zeyna. Furthermore, leaked data from the game has expanded on the details surrounding the operator’s debut.

How to Unlock Zeyna 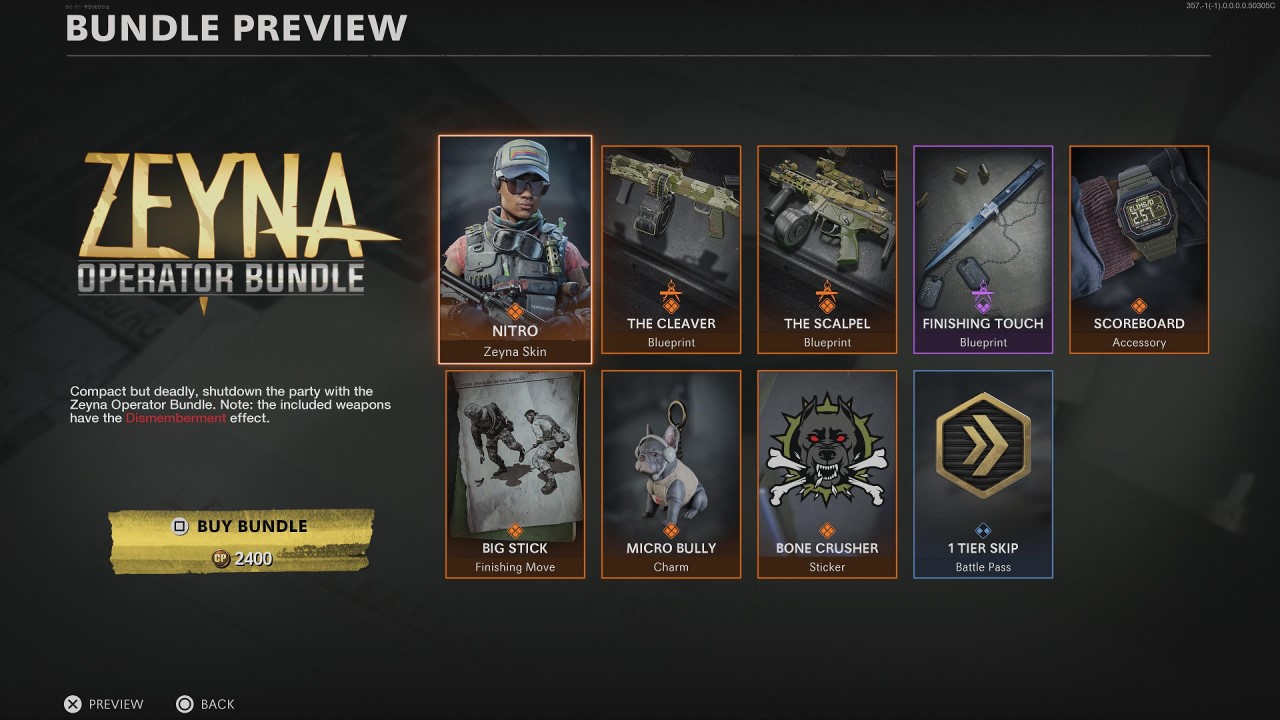 The Senegal born operator, Zeyna, may appear in the Operator selection screen under NATO, but she is not yet playable in-game. She will appear at an unspecified time during Season 1 in the Store.

The Zeyna Operator Bundle leaked previously, giving us virtually every detail about the upcoming pack. As you can see, the “Nitro” skin is Zeyna’s base operator appearance. The “Cleaver” RPD and “The Scalpel” MP5 blueprints are the main draw here. Not only have these weapons remained competitive since launch, the blueprints have the added bonus of sporting the dismemberment effect. Now you can rack up those Scorestreaks in gory style.

Currently, we do not know when this bundle will hit the Store. For now, check back regularly as the premium items refresh throughout Season 1 to jump on your chance to snag Zeyna.

Take a look at our unlock guide for Stitch to find out about a new operator that can be acquired right now.