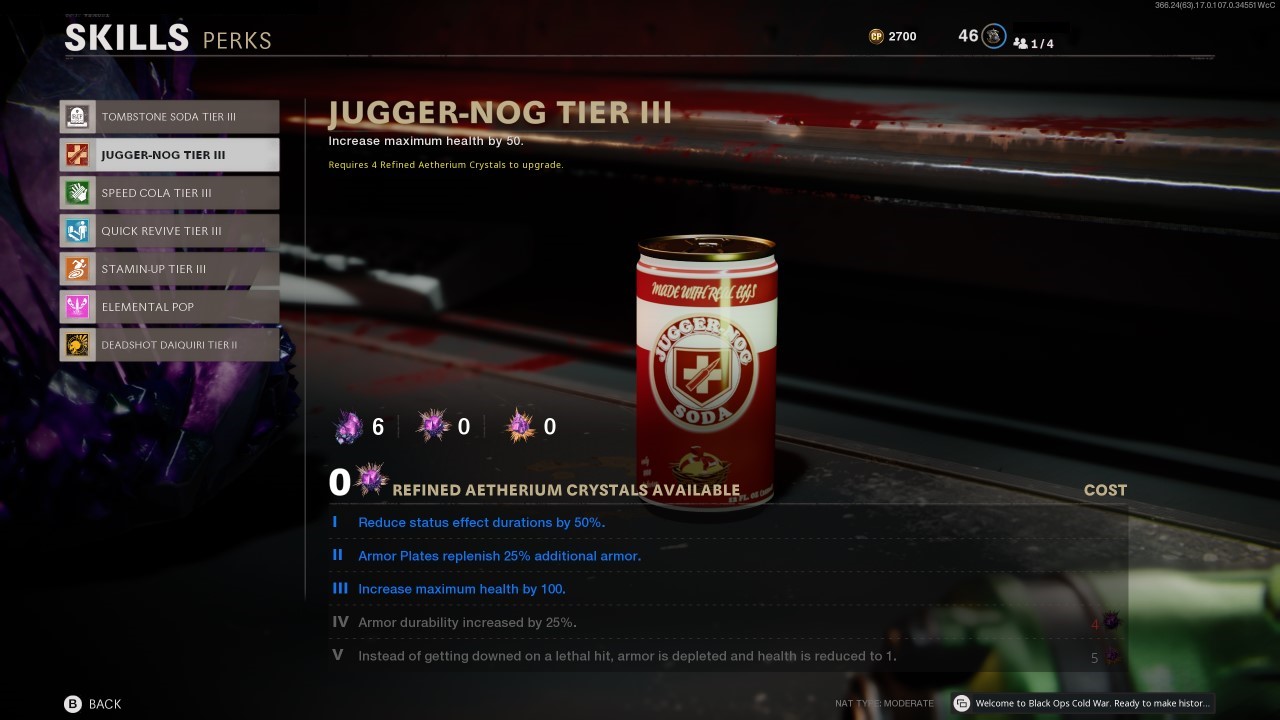 Perks and Zombies have long been partners. Black Ops Cold War Season 2 has deepened that relationship, thanks to the introduction of new tiers. Now popular power-ups, like Juggernog, can be made even more effective through the unlocking of additional levels.

Once you have a stash of the necessary crystals, here are the Tier IV and V Perks offerings on which they can be spent.

All Tier IV and V Perks

Tier IV: Respawn near the end of the Round instead of the beginning of the next. Respawn timers are reduced by 50%.

Tier V: Instead of getting downed on a lethal hit, armor is depleted and health is reduced to 1.

Tier V: Fire and reload while sprinting at full speed.

Tier IV: Reviving an ally will increase both players movement speed for a limited time.

Tier V: Killing an enemy while downed will revive you and remove Quick Revive Perk.

Tier IV: Use equipment while sprinting.

Tier V: Reloading creates an electric damage discharge that damages and stuns nearby normal enemies. The more empty the magazine, the stronger the damage.

Tier V: Each consecutive hit on the same enemy deals 2% more damage to a maximum of 20% damage.