Boneworks – How to Climb Ledges and Pull Yourself Up

Pulling yourself onto ledges is tricky but doable. 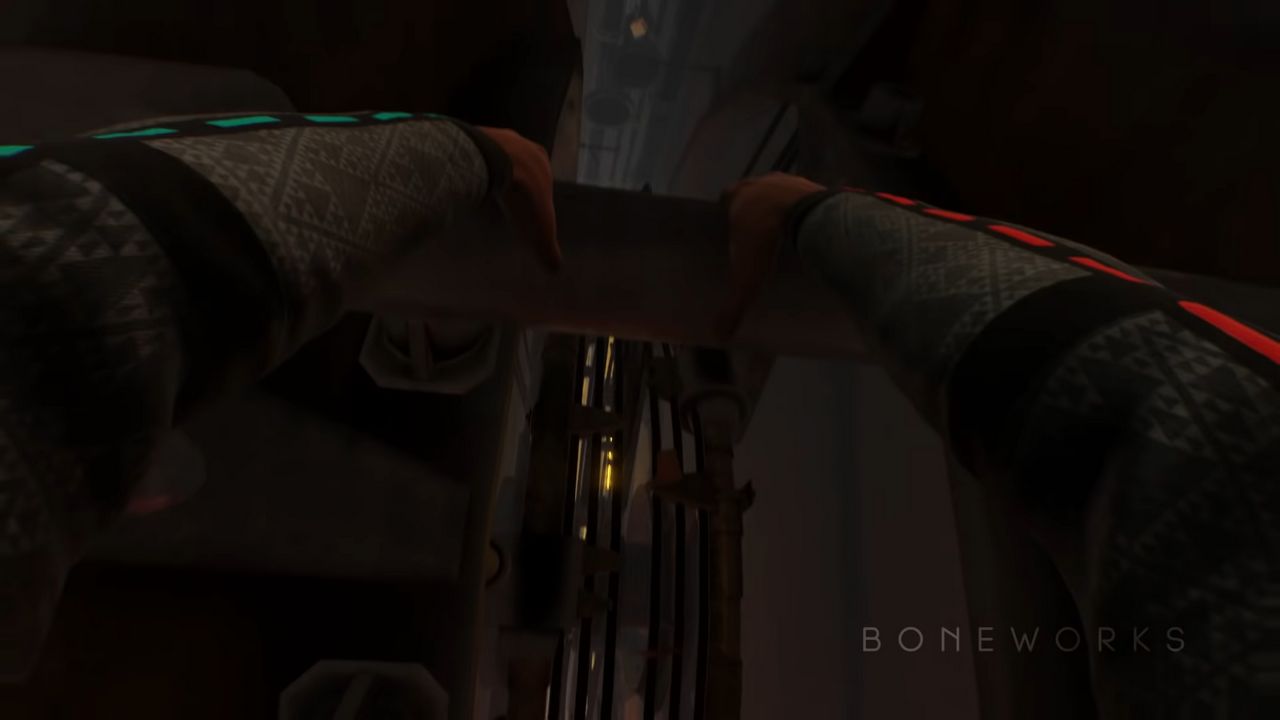 The physics-based climbing system in Boneworks is definitely a key component of the gameplay, but if you’re like us, then you might be having a tough time figuring out how to pull yourself up to reach higher places. Thankfully, once you figure out what the game wants you to do, climbing becomes a breeze.

How to Pull Yourself Up in Boneworks

Pulling yourself up in Boneworks can be done in two different ways, the physical way and the easier way. Say you’ve grabbed onto a ledge and want to pull yourself up on top of it. To do this the physical way, you’ll have to crouch and lower your hands to the floor while still holding onto the ledge and then walk forward a few steps. What you’re essentially doing here is mimicking the act of pulling yourself up and over a ledge. However, the way the game registers your location and elevation can get a bit finicky, so we recommend doing it the easier way.

The easy method of climbing accomplishes the same thing, but it’s much more reliable. If you’ve spent some time with Boneworks, you’ve probably noticed that the game has a virtual crouch feature, which is activated by moving the right thumbstick (or trackpad on Vive) downward. This will help you climb with ease. Just grab onto a ledge, lower your arms to mimic pulling yourself up, and then use the virtual crouch to get your character’s legs over the ledge. Then, you can just use the left thumbstick to move forward onto the ledge.

Physically pulling yourself up onto a ledge is intuitive once you get the hang of it, but for those of you with smaller playspaces, you’re probably better off using the virtual crouch to get yourself over ledges. No matter which way you prefer to do it, climbing in Boneworks can still be pretty hit or miss because of the way the game simulates your character’s body. If you can master it, though, it can get you access to new areas that might be hiding some useful gear. If you’re still having trouble, you can always practice in the game’s Sandbox mode.