Bravely Default 2: A Knife to Remember Side Quest Guide

A tale of a stolen knife, Sahagin, and the sea. 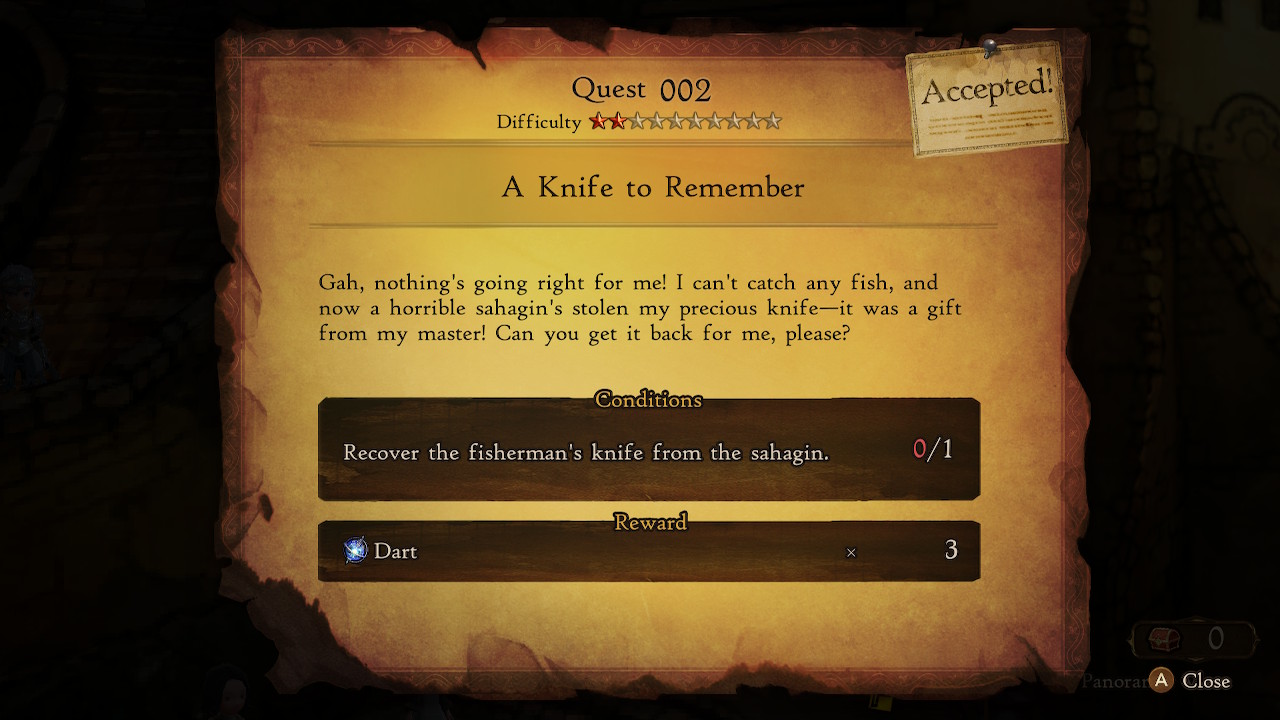 Bravely Default 2 isn’t short on side quests, and A Knife to Remember in the early game helps to further flesh out Elvis’s personality. After listening to a despondent fisherman share his woes in the tavern, the well-meaning scholar decides to help him (by drinking his last few beers). The main character is a touch more helpful, and suggests you assist the fisherman directly. That means you’ll need to take down some Sahagin to retrieve the fisherman’s treasured knife.

A Knife to Remember becomes accessible after clearing the Outlaw’s Hideout in Bravely Default 2’s Prologue, and it can be started by visiting the tavern to the right of the staircase leading up in Halcyonia (it’s through the first door). Speak with the fisherman to trigger a cutscene in which you learn his prized knife was stolen by a Sahagin, and he’s all torn up about it. In exchange for a dram or two, Elvis agrees to help the poor man retrieve his blade, and you’ll earn 3x Dart for the effort (a potent throwable in the early game).

A Knife to Remember is a 2-star difficulty quest, but you’ll still want to make sure you have your party properly equipped for the battle ahead. Having a White Mage and Vanguard on the field will make this side quest all the easier, since your Vanguard can tank, and your White Mage can, well, heal. That said, these are regular Sahagin you’ll be starting brawls against, so don’t stress it too hard. 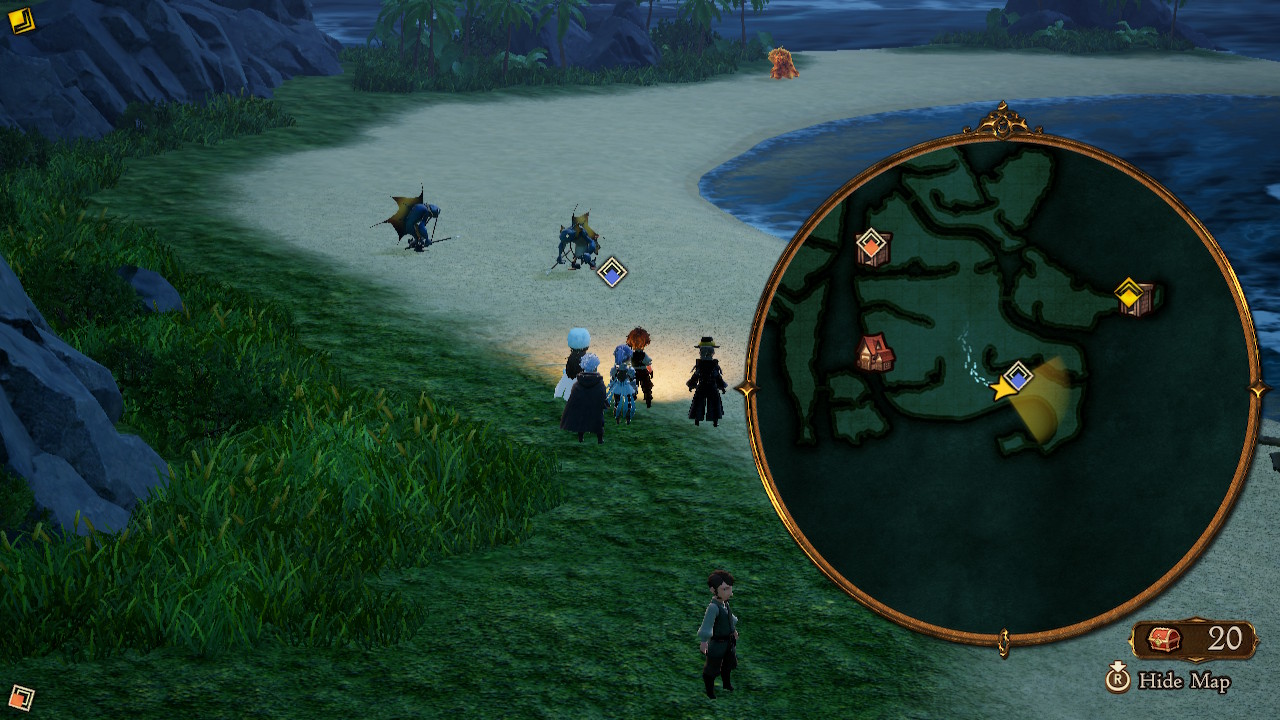 Leave Halcyonia and head southeast towards the coast to find Sahagin patrolling the area. To break down Sahagin:

Pick fights with them until one drops the fisherman’s beloved knife. This should only take you a pull or two. Once you have the knife a cutscene will trigger after the battle, and once it ends head back into town to return the blade to the fisherman. Yet another cutscene will play once you do, and you’ll be able to conclude A Knife to Remember in Bravely Default 2.