Some possessions are more sentimental than others. 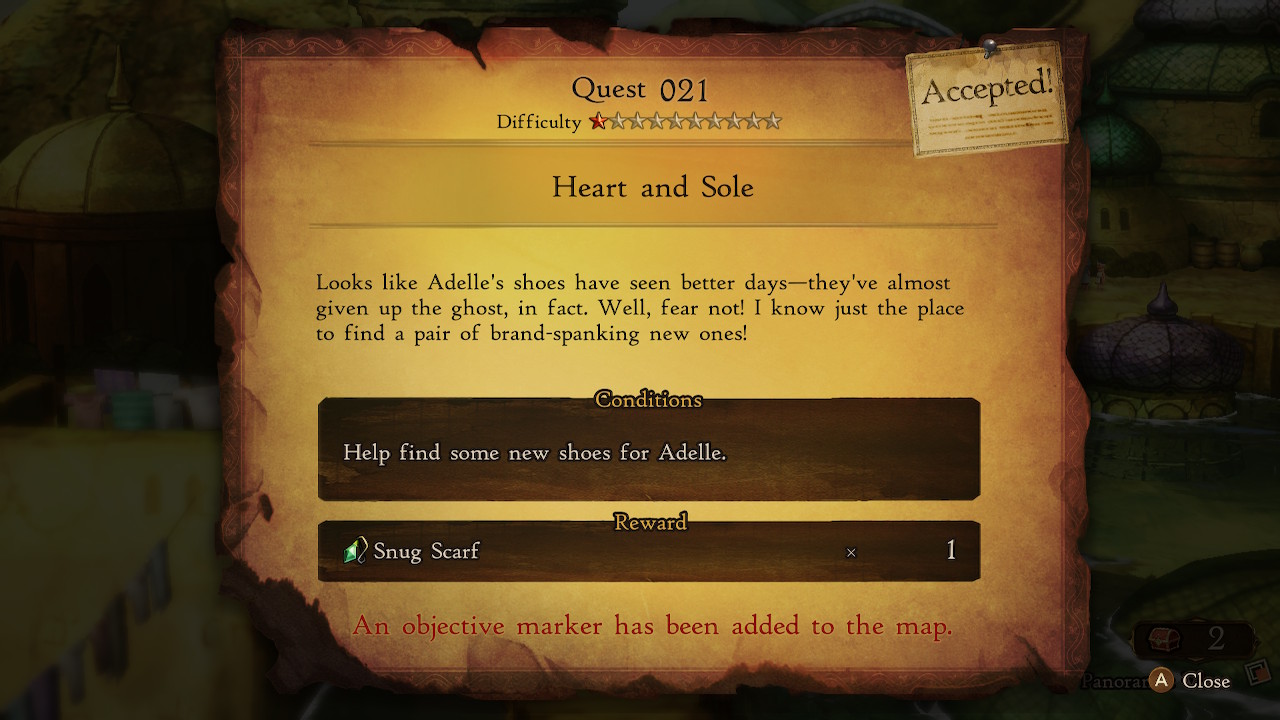 Sometimes a side quest merely exists to provide extra character development, which is exactly what Heart and Sole does in Bravely Default 2. Adelle needs a new pair of shoes, though she’s remiss to toss out the old set. Elvis, upon witnessing the footwear’s woeful state, decides to replace them, much to Adelle’s annoyance.

Heart and Sole in Bravely Default 2 is a 1-star difficulty side quest, mostly because it’s more narrative-focused than anything else. You’ll be assisting Elvis in finding a new pair of shoes for Adelle, whilst simultaneously learning why Adelle has yet to toss her old ones. Heart and Sole is largely a sit back and enjoy quest (with a bit of search and recover), and you’ll get the Snug Scarf accessory for completing it.

Head up toward the inn in Savalon after beating Orpheus within the Sandswept Ruins during the first part of Chapter 1. You’ll see Adelle and Elvis standing outside the inn’s door, and speaking with Adelle will trigger the cutscene that leads into Heart and Sole.

Once it concludes use the route in the back of Savalon that leads to the market, where you’ll find Elvis standing next to a stall. Speak with him to trigger another cutscene. The shopkeeper Elvis has been bargaining with refuses to sell, since he’s too distraught over his missing cat, Diana. The team will agree to find her, despite their initial disbelief. 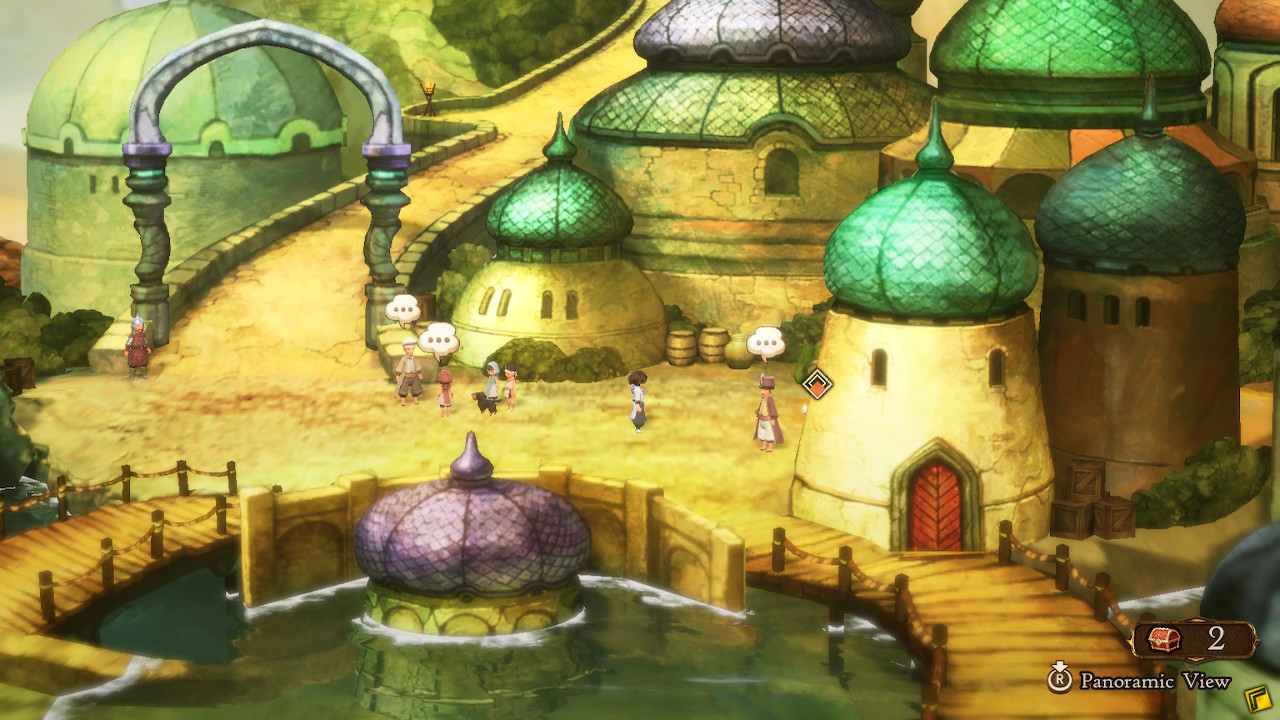 Diana is within Savalon thankfully, and can be found near the ramp up to the palace. Double back using the path in the rear that connects the market to the left side of the town, and you’ll find her behind the building with the red door. Walk near her to trigger a brief cutscene.

After the cutscene ends head back to the shopkeeper in the market, who will be relived to see his precious kitten safe and sound. Speak with him to enter yet another cutscene, where Adelle will opt to have her shoes repaired. She’ll share a bit more about her and Elvis’ backstory in a lengthy cutscene, so settle in. Once it concludes Heart and Sole in Bravely Default 2 will come to an end, and you’ll grab your Smug Scarf.