Bravely Default 2: How to Beat Adam

You knew this fight was coming, but now you are ready for it. 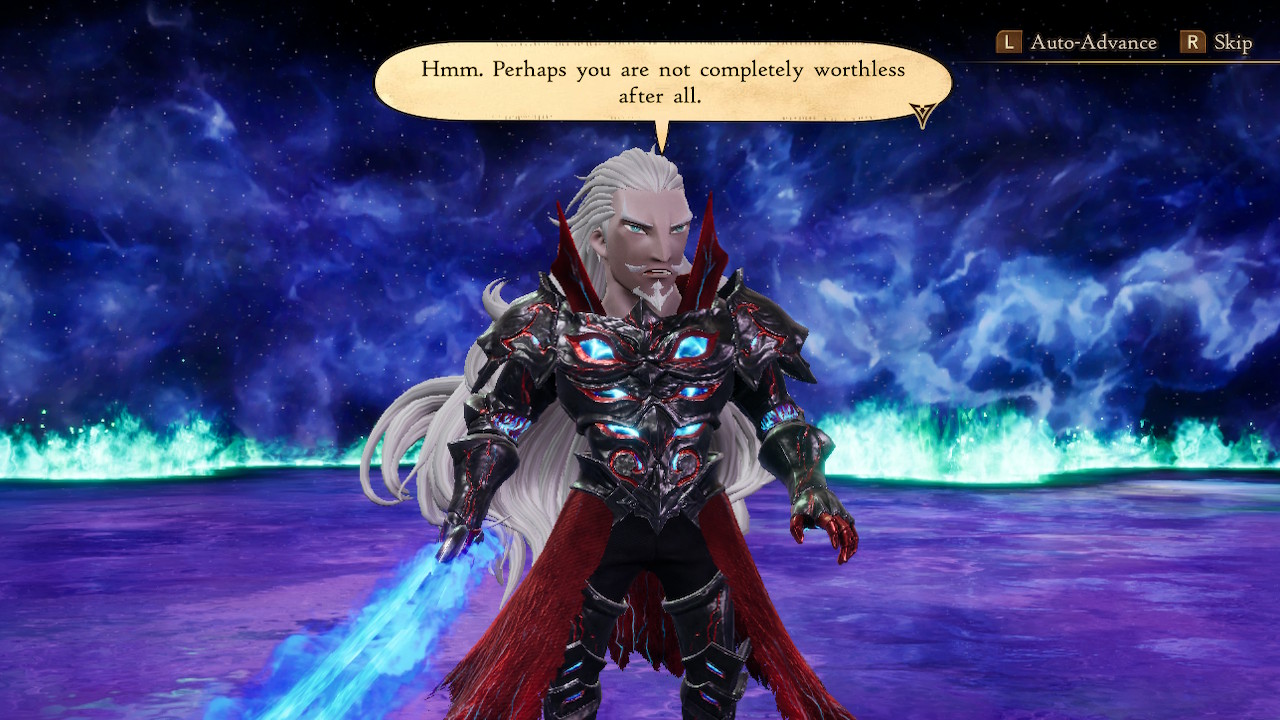 With every general out of the picture, in Bravely Default 2‘s Chapter 4, Adam is the only remaining threat of Holograd’s forces. An enemy that was on the spotlight from the beginning of the game, we were always aware that the time were our blades would clash should eventually come. That moment is now, and in contrast to the first time we engaged in combat with Adam, we are ready.

How to beat Adam the Hellblade

In good Square Enix’s fashion, Adam is seemingly the big baddie of the game, but of course he isn’t really. As such, he is not the final boss of the game, but that doesn’t make him any less strong. Adam is the holder of the Hellblade Asterisk, a Job that is a mix between Spellblades and Dark Knights, for anyone who is aware of older Square Enix’s products, including the original entry in the series, Bravely Default.

Adam is an odd one. His whole kit revolves around dealing huge amounts of constant damage, but receiving some as well in the process. He has a lot or elemental attacks, that keep hitting you for a couple of turns, which he can even counter attack with if you try to inflict any status ailment at him. This alone renders any Poison or similar strategies useless, and you will need brute strength to get rid of him. 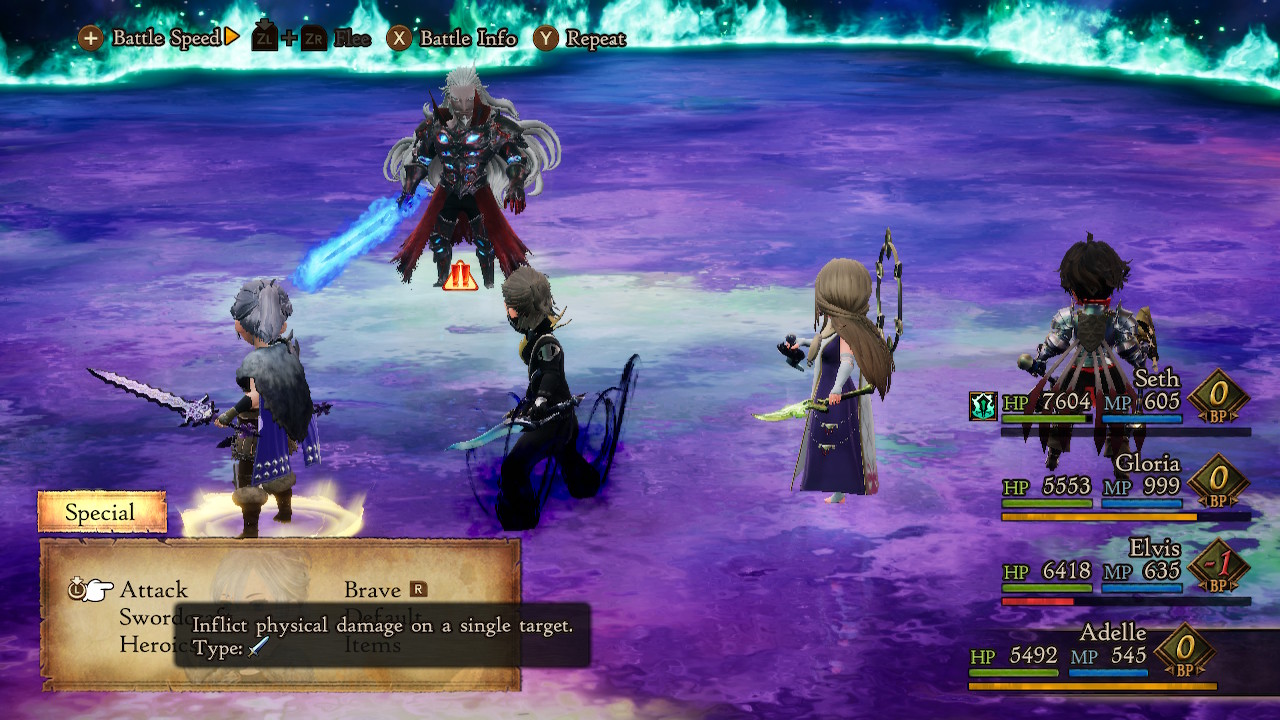 As the fight keeps going, Adam ironically gets more dangerous due to his HP getting lower. This makes him a threat because of his insanely powerful Minus Strike. If you are hit by it, it is almost always a sure kill. What it does, is it causes damage based on the difference between his missing HP and his max HP. Since he is constantly losing life from his skills and the damage you cause to him, Minus Strike can hit from very early on, exceptionally hard, resulting to a K.O each time. That can be disastrous if Adam has gathered 3 BP and decides to hit with this ability everyone, as it will lead to a team wipe.

Additionally, he keeps healing himself with Heavencloud Blade and his passive ability, Deal with the Devil. As you can see, it’s not like he will go down fast due to losing life from his abilities on a steady basis. He can also counter physical attacks with his own attack each time, but that should only worry you if you attack him head on with a frail Job like the Thief.

With Adam’s game plan analyzed, we now need to set up yours. Which to be honest, isn’t something specific other than a couple of tips. First of, as we mentioned above, forget the possibility of any Status Ailments. Focus only on attacks. Mages are also not suggested, as Adam is only vulnerable to Axes, and nothing else. As such, having Vanguards in your team with Neo Cross Slash or Berserkers with their Amped strikes, will hit the Hellblade for the most damage. Lastly, it is highly suggested to have a Spiritmaster in the team, to cast Reraise to everyone. This way, you will avoid wipes in case of a Minus Strike barrage. Oracle’s Noble Sacrifice ability is also something you could equip, but just remember it can only be used once in the fight.

In case you are overleveled, all of the above may be skipped due to how fast Adam will go down, as your damage output in conjunction with his own double-edged abilities, will be huge. If not, then plan accordingly and finish the fight with the last Boss of Chapter 4, concluding this section’s gauntlet. If you manage to defeat him, the Hellblade Asterisk is now yours, which includes an ability that lets you surpass the 9999 damage limit to your attacks. Suit up and get ready to continue the game, with all of the Jobs now unlocked (except there is one more, but that’s a secret for now).