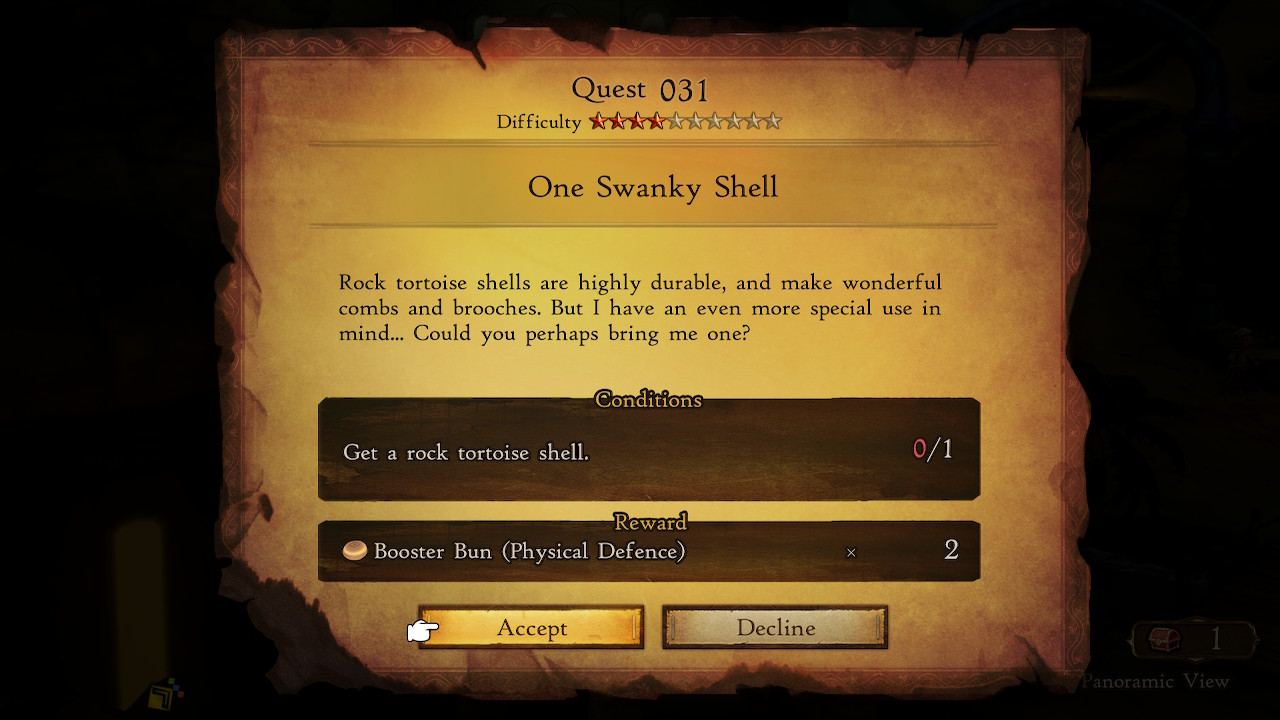 In the Bravely Default 2 quest One Swanky Shell you need to gather a rock tortoise shell, and this can be easier said than done. These monsters roam north of the deserts of Savalon, so you won’t have to go too far to collect the rock tortoise shell.

One Swanky Shell is a 4-star difficulty quest in Bravely Default 2, and you’ll earn 2x Booster Bun (Physical Defense) when you return with the rock tortoise shell. The quest becomes available after beating the final boss of Chapter 1, and to start it simply return to Savalon and head for the inn in the top-left.

Speak with the girl in the lobby to start One Swanky Shell. Fair warning, you will want to be level 17 or higher before tackling this quest. Once you have the quest you’ll need to head north from Savalon to reach the rock tortoise.

Go up through the canyons and cliffs and make your way to the bridge on the western edge at the top of the map. If you haven’t been up here yet you’ll get a quick quest to grab some schnitzel back in Savalon, and you’ll learn how to cut down trees for your efforts.

Once you’re able to cross the bridge you should notice the rock tortoise with the shell needed to complete One Swanky Shell in Bravely Default 2. Thing is, this reptilian tank is pretty tricky at this stage of the game.

All of my characters were level 18 and it was pulsing red (which indicates a tough fight in Bravely Default 2). It’s not terrible by any means (his health is absurdly low), but it will stomp unprepared parties into the mud. 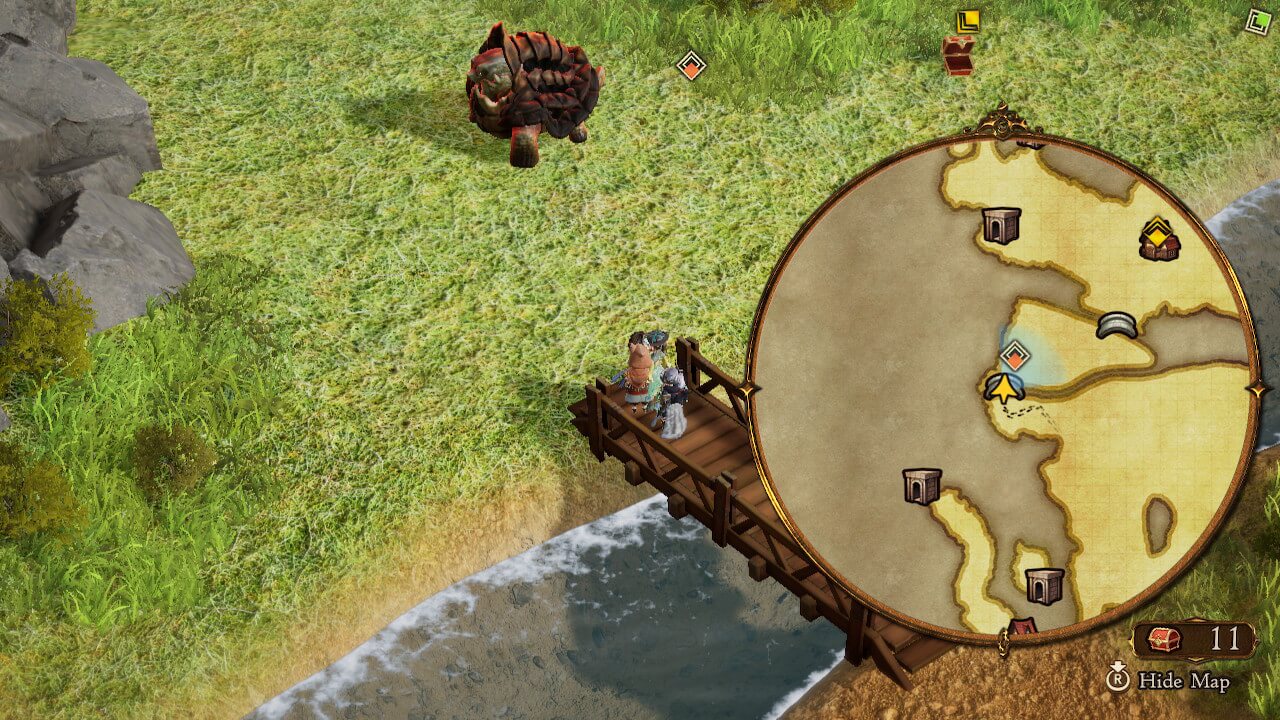 Once you’ve slain the rock tortoise for its shell return to Savalon and speak with the girl in the inn to complete One Swanky Shell and to grab yourself two Booster Buns. These provide permanent stat buffs in Bravely Default 2, so use these Physical Defense ones to either shore up a weaker character’s defenses, or to further bolster your tank’s.