Bravely Default 2: The Harbinger of Calamity Side Quest Guide

Rescue a man from a devilish one-eyed creature. 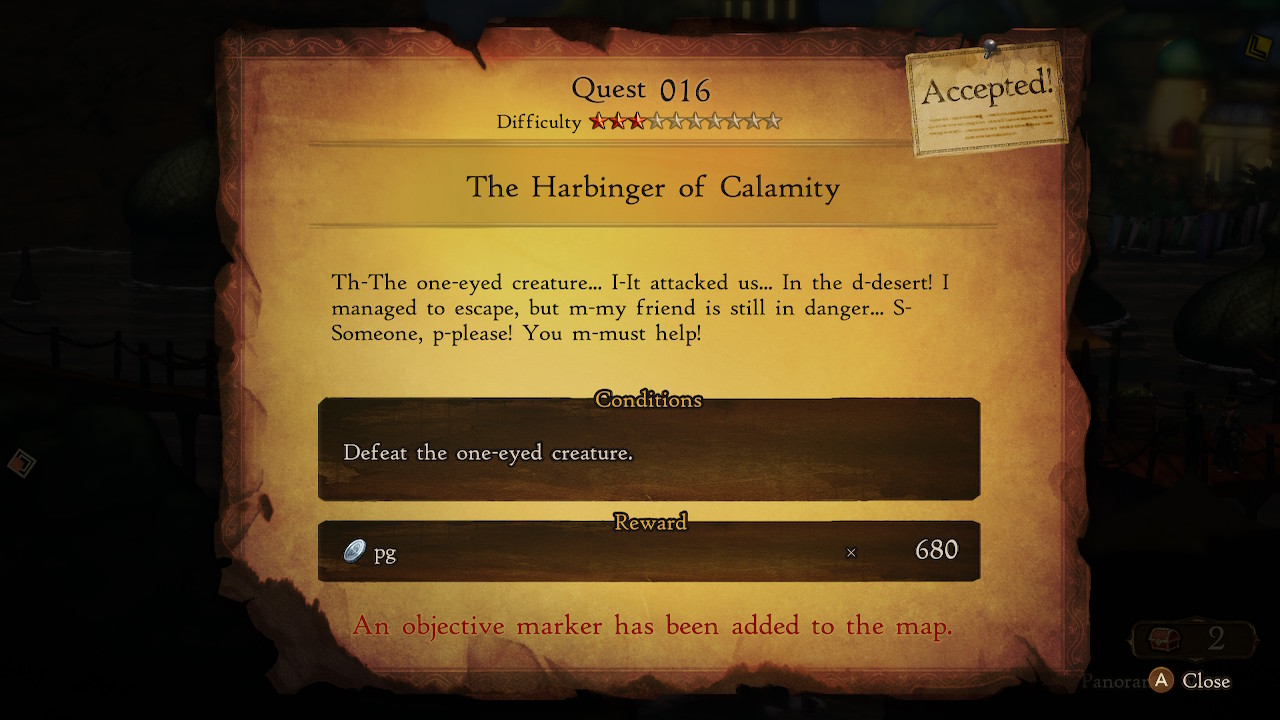 There are many side quests in Bravely Default 2, and The Harbinger of Calamity is one of the shortest on offer. That said, unprepared adventurers could meet their end if they go in unprepared for the fight ahead, so it’s wise to rest up at the inn prior to taking this quest on. The Harbinger of Calamity will become available after you visit the palace in Savalon for the first time in Chapter 1.

Talk to the man near the entrance to Savalon to pick up The Harbinger of Calamity in Bravely Default 2. A short cutscene will play, where he’ll fret over a one-eyed creature that attacked him and his partner outside the town. Leave the city and head west around the bend to find this “one-eyed creature” that’s left the man in a panic. The Harbinger of Calamity is a 3-star difficulty quest, and you’ll be facing off against six monsters in the upcoming battle, so make sure you are well rested beforehand. 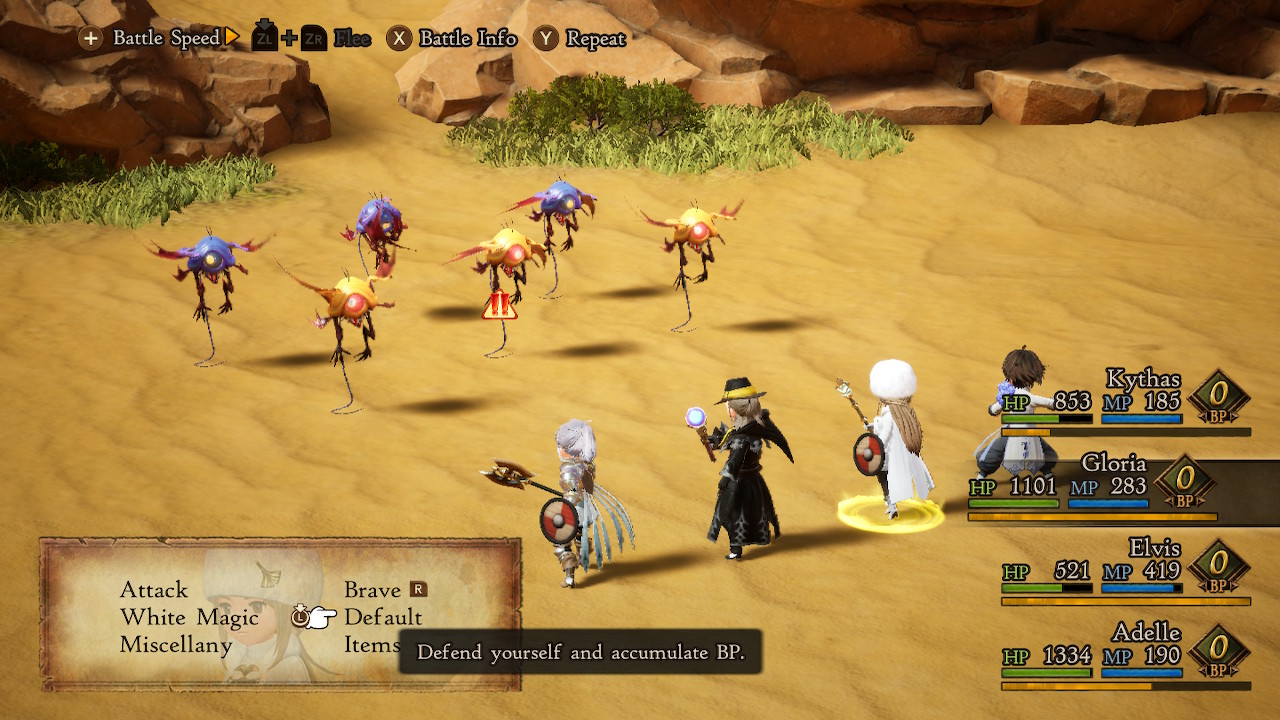 You’ll find an Ahriman attacking a townsman out in the open. Approach them and a cutscene will play before you enter combat against three Ahriman and three Evil Eyes. The Ahriman here are the same as those you slew in the Vale of Sighs, and Evil Eyes are simply their beefier cousins.

Focus on the Ahriman first, since they can hit you with Doom and that will kill your characters after five turns. Once you are down to three enemies you should be able to burn BP and finish them all off in a single sweep, preventing Doom from murdering anyone still standing.

After you put down all six fiends a short cutscene will play, in which you’ll learn about the relationship between Savalon and Gloria’s kingdom of Musa. Once it ends head back into town and speak with the man across the bridge to trigger one last cutscene in which the man recognizes Gloria. At the end of the cutscene The Harbinger of Calamity in Bravely Default 2 will come to a close, and you’ll be rewarded with 680 pg.