You can crack the code with the right evidence. 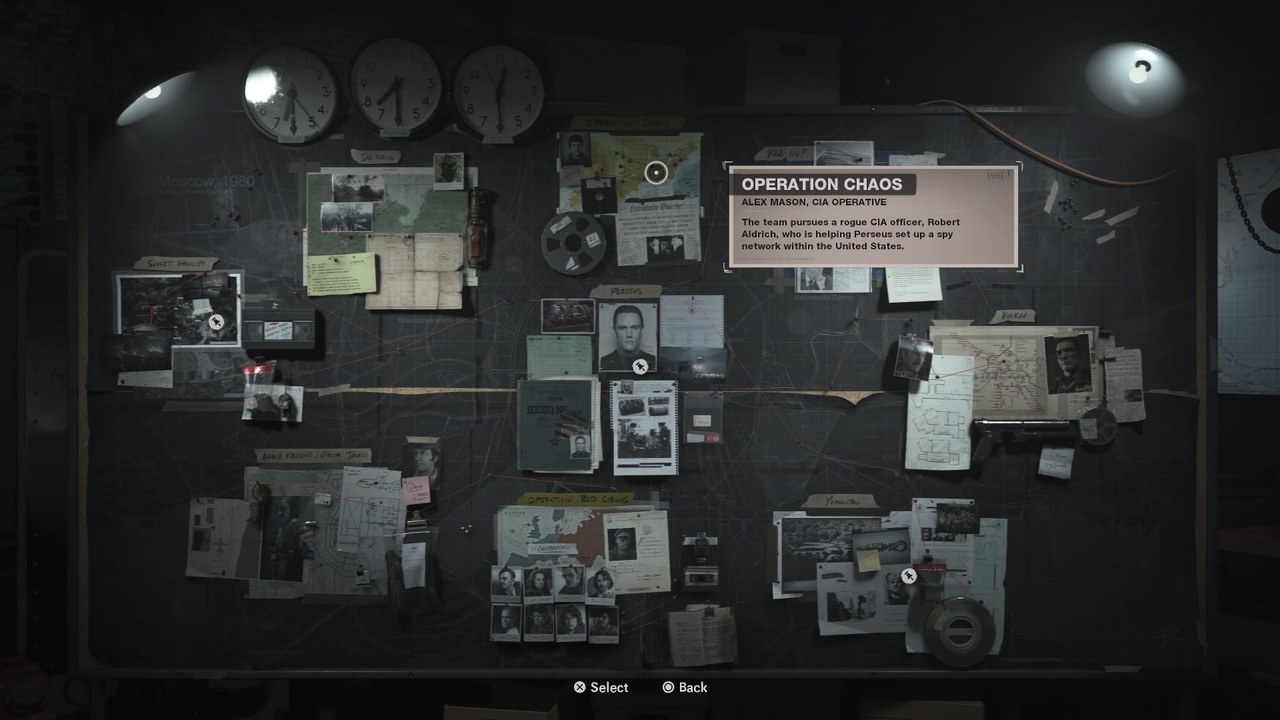 Call of Duty: Black Ops Cold War has a few side missions you can do in between main story missions, and Operation Chaos is one of them. This mission tasks you with taking down an ex-CIA operative and his burgeoning spy ring, but you can’t get the information you need about the spy ring without decrypting a floppy disk that contains crucial secrets. This floppy disk has a tough code to crack, but you can solve it with the right evidence. Here’s how to decrypt the floppy disk for Operation Chaos in Call of Duty: Black Ops Cold War.

What Evidence Do You Need for Operation Chaos?

You need the following evidence to successfully decrypt the floppy disk for Operation Chaos.

If you’ve missed any of the evidence listed above, replay the listed mission and locate the evidence. Once you have all three, it’s time to solve the puzzle.

How to Decrypt the Floppy Disk

To begin solving the puzzle, examine A Coded Message. Some numbers will appear and leave two question marks that you need to fill in. The red numbers and blue numbers follow a set pattern, and you have to use this pattern to deduce what the missing numbers are. Everyone has different numbers and patterns, so you will need to do some math on your end. In my case, the red numbers added 6 every time, moving from 28 to 34 to 40 and so on. The blue numbers increased by a larger number each time, adding 1 to the first number, 2 to the second number, 3 to the third number, and so on. Keep in mind, the patterns and numbers will be slightly different on your end. 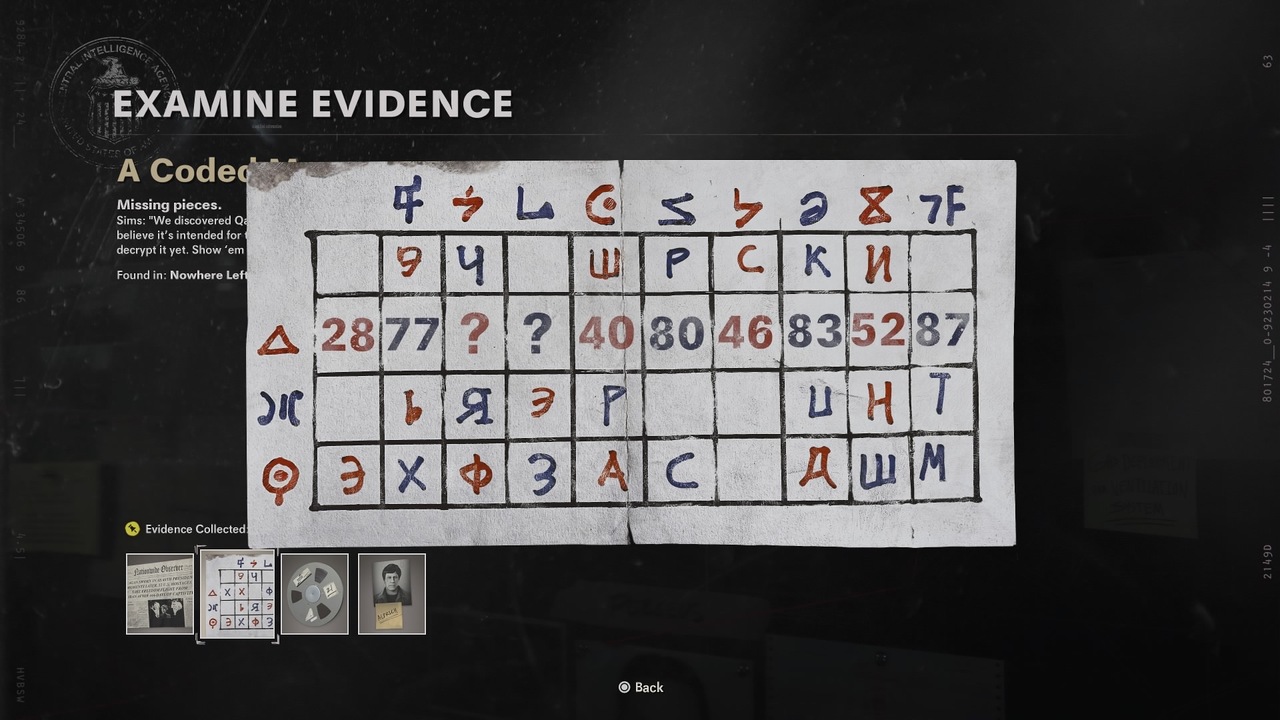 Once you’ve deduced the missing numbers, put them together to create a four-digit sequence. With that four-digit code in hand, examine the Numbers Station Broadcast. Find which city corresponds with your numbers. This is the passphrase the computer will ask you for later. 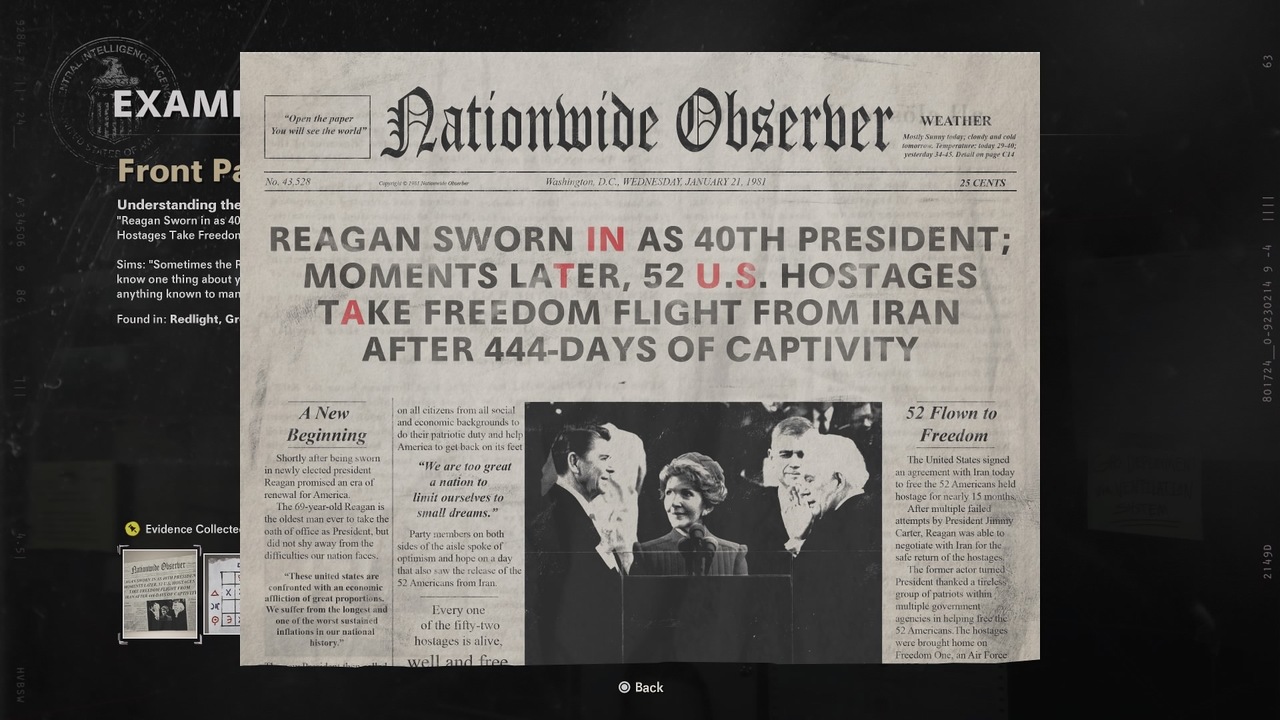 Next, examine the Front Page of the Observer. The headline will have a random group of letters highlighted in red. This is actually a scrambled word that will give you your next clue. Examine the Numbers Station Broadcast next. There is a list of locations, and the jumbled red letters on the Front Page of the Observer can be rearranged into the name of one of these places. For example, if the letters INTUSA are highlighted in red, they can be rearranged to say Austin. Every player has a different location name, so you have to do the detective work on your own.

After unscrambling the name of the city, examine the Numbers Station Broadcast once more. This time, find the four numbers that correspond to whatever city name you have. These four digits are the code the computer will ask you for. 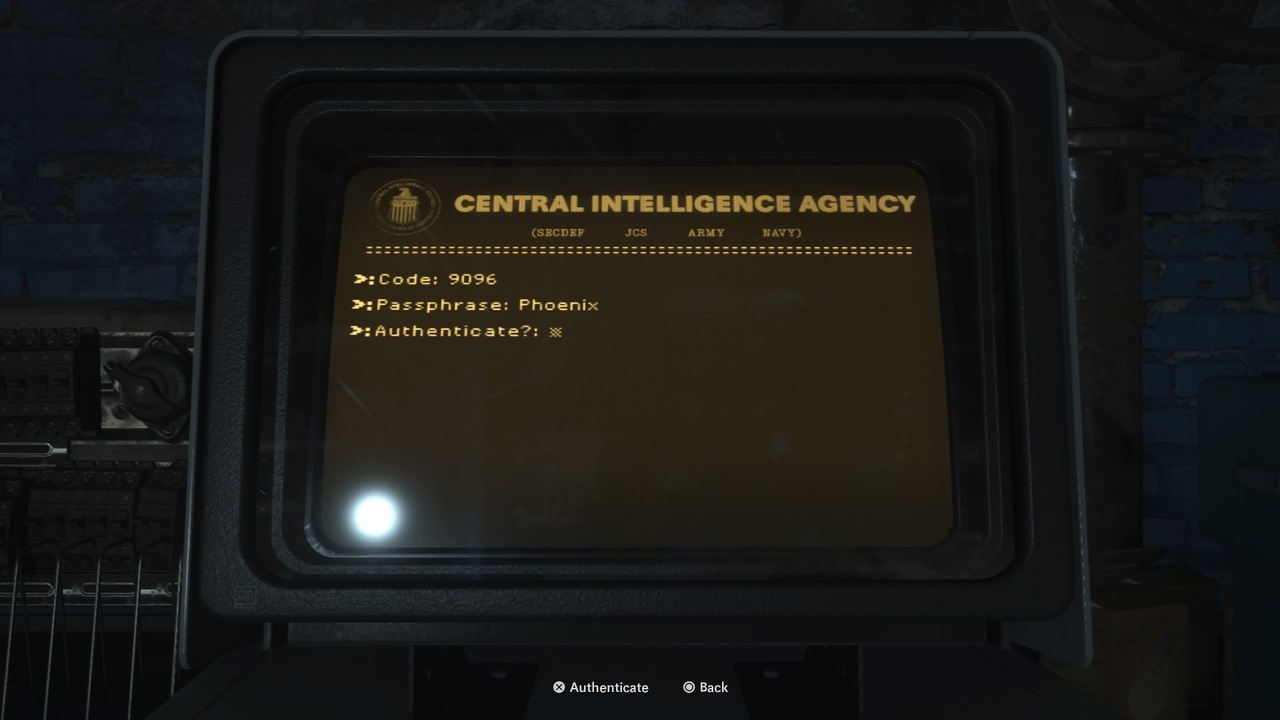 Once you have both puzzles solved, it’s time to Decrypt the Floppy Disk. Select “Decrypt Floppy Disk” and input the code and passphrase you got from the puzzles above. If done correctly, you will crack the code and get the information you need for Operation Chaos.