Here's how to find the correct suspects. 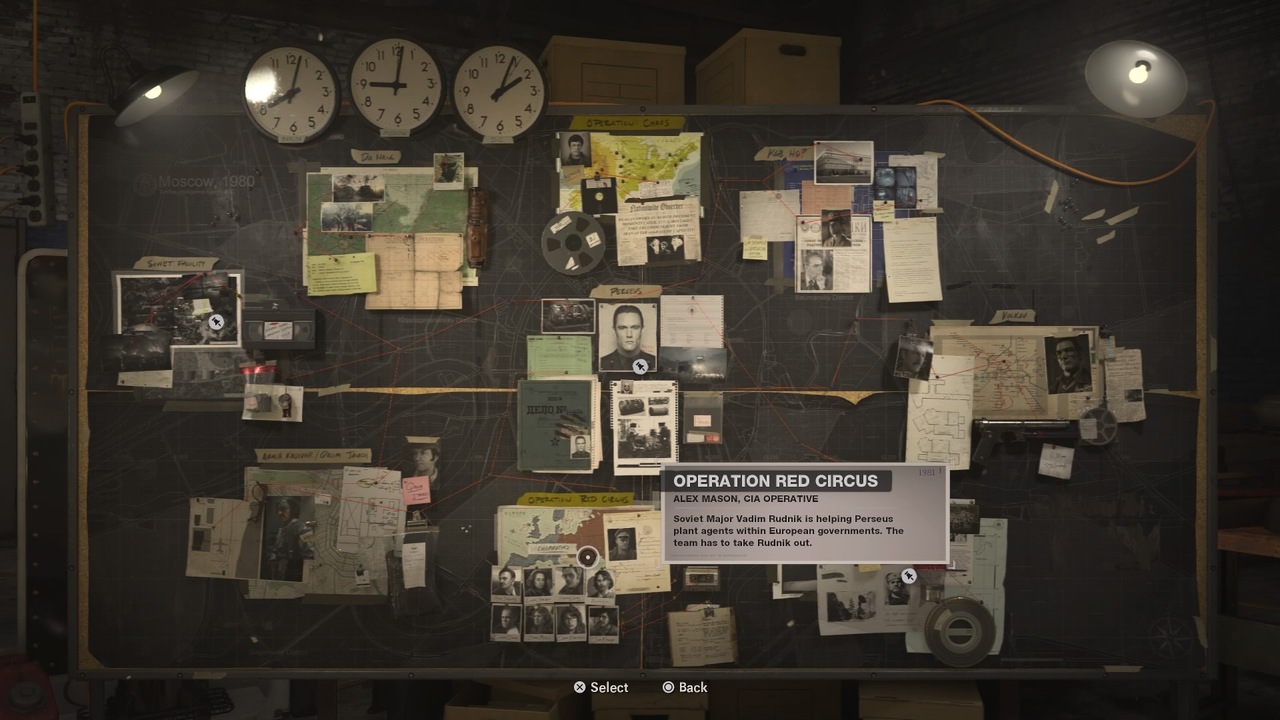 Call of Duty: Black Ops Cold War has a handful of side missions, and these optional missions come with additional steps you need to take before tackling the actual mission. Operation Red Circus tasks you with taking down Soviet Major Vadim Rudnik, who is planting Soviet agents within multiple European governments. You have a list of eight suspects, but it’s up to you to narrow down the list to just three individuals. Time for a little detective work. Here’s how to find the right suspects for Operation Red Circus in Call of Duty: Black Ops Cold War.

What Evidence Do You Need for Operation Red Circus?

The following evidence is needed to successfully deduce the correct suspects.

If you’ve missed any of the evidence listed above, replay the listed missions and locate the evidence. Once you have all three, it’s time to solve the puzzle.

Which Suspects Are Correct?

Everybody has unique information, so we cannot just provide three names for you. You’re going to have to do some of your own detective work, but we’ll still walk you through everything. First, examine Franz Kraus’s Ledger. This contains three codenames, Bearded Lady, Strong Man, and Juggler, as well as three cities and dates. This is your first lead. 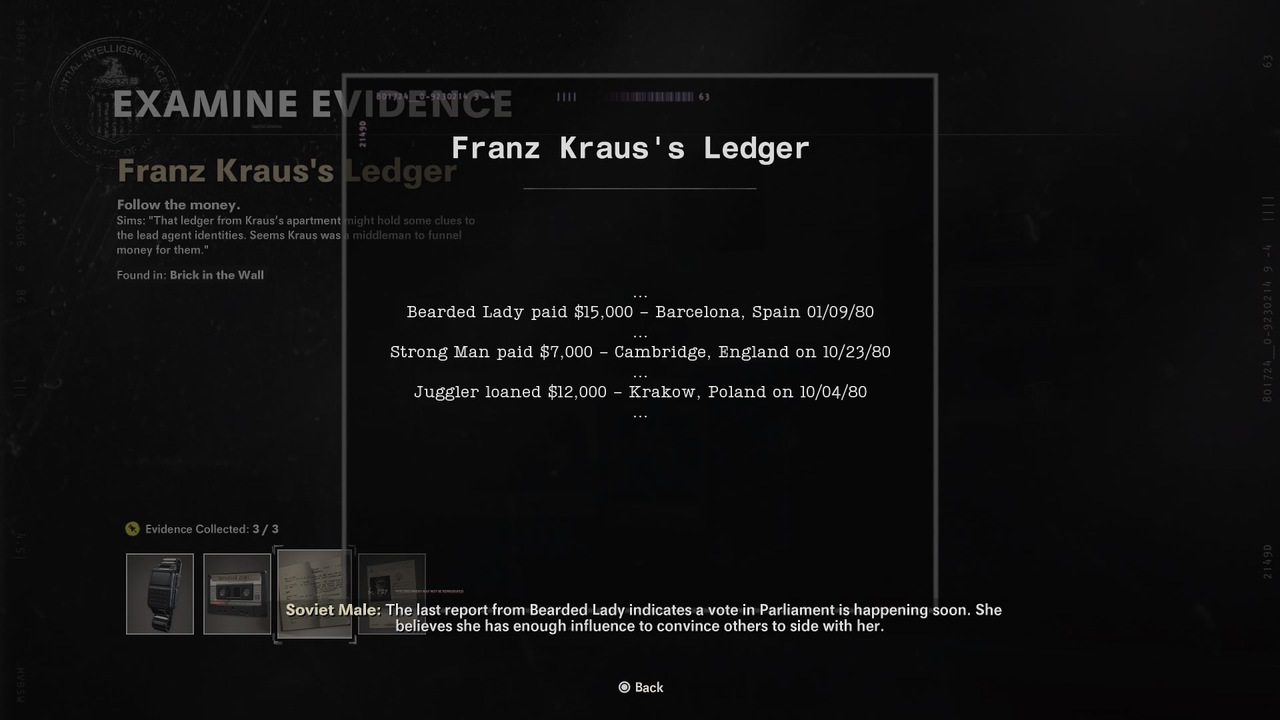 Review the list of suspects and take note of anyone who was in the listed cities on the listed dates. These are your initial suspects. You’ll most likely have multiple people who were in certain cities on certain dates, but that’s expected at this point. 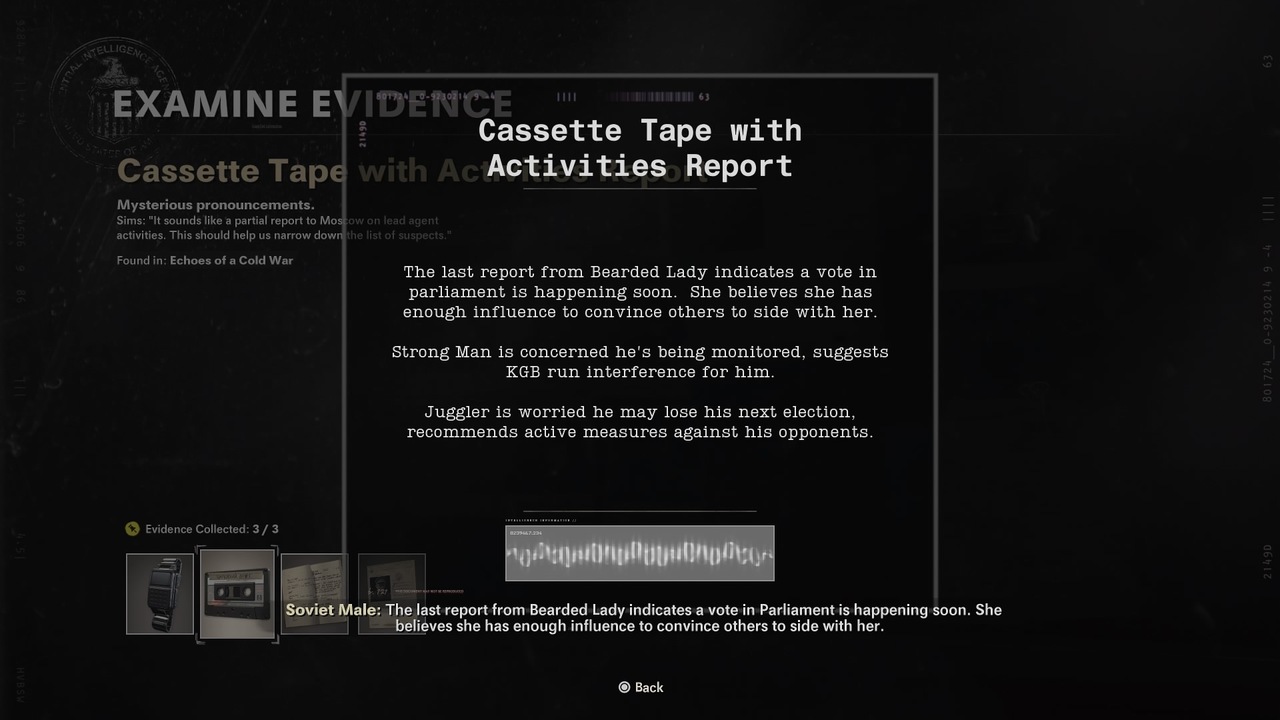 For the final nail in the coffin, examine the Wristwatch Containing Dead Drop List. This piece of evidence contains another set of cities and dates that correspond to each codename. Review the list of suspects again. Anyone who matches both cities and dates for a codename is a correct suspect. For example, on my end, Bearded Lady was in Barcelona on 1/9 and in East Berlin on 9/16. This lined up with two possible suspects, Harvey Spray and Eliana Miller, but because I knew Bearded Lady was female because of the Cassette Tape, I knew Eliana Miller was Bearded Lady. Of course, things will be different for you, but that’s the general thought process you should be going through when picking suspects. 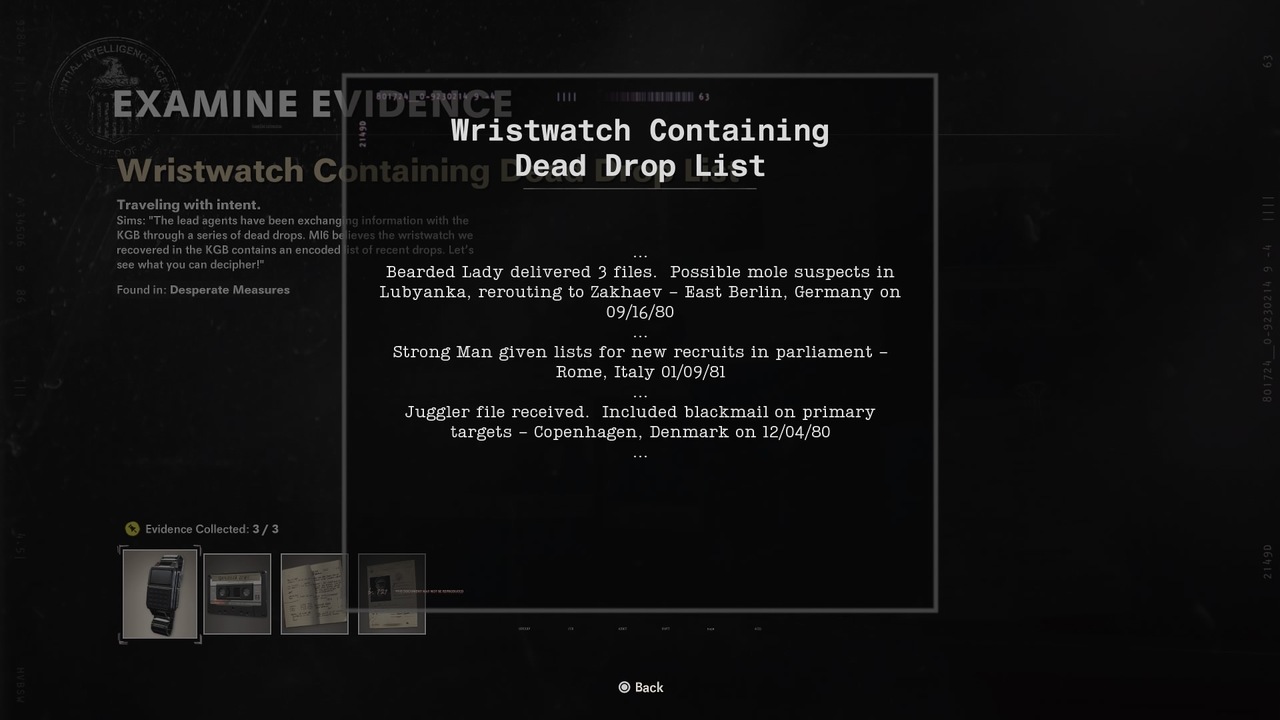 Once you’re sure you’ve got the right three people, select each of their portraits while reviewing suspects to mark them as targets. Then, just start the mission like normal. Once you start the mission, you will not be able to change your decision, so make sure you’re confident in your choices before you begin. Once you’ve finished this mission, you can get to work on cracking the code and decrypting the floppy disk for Operation Chaos.