Call of Duty: Modern Warfare – How Does Kill Chain Work? 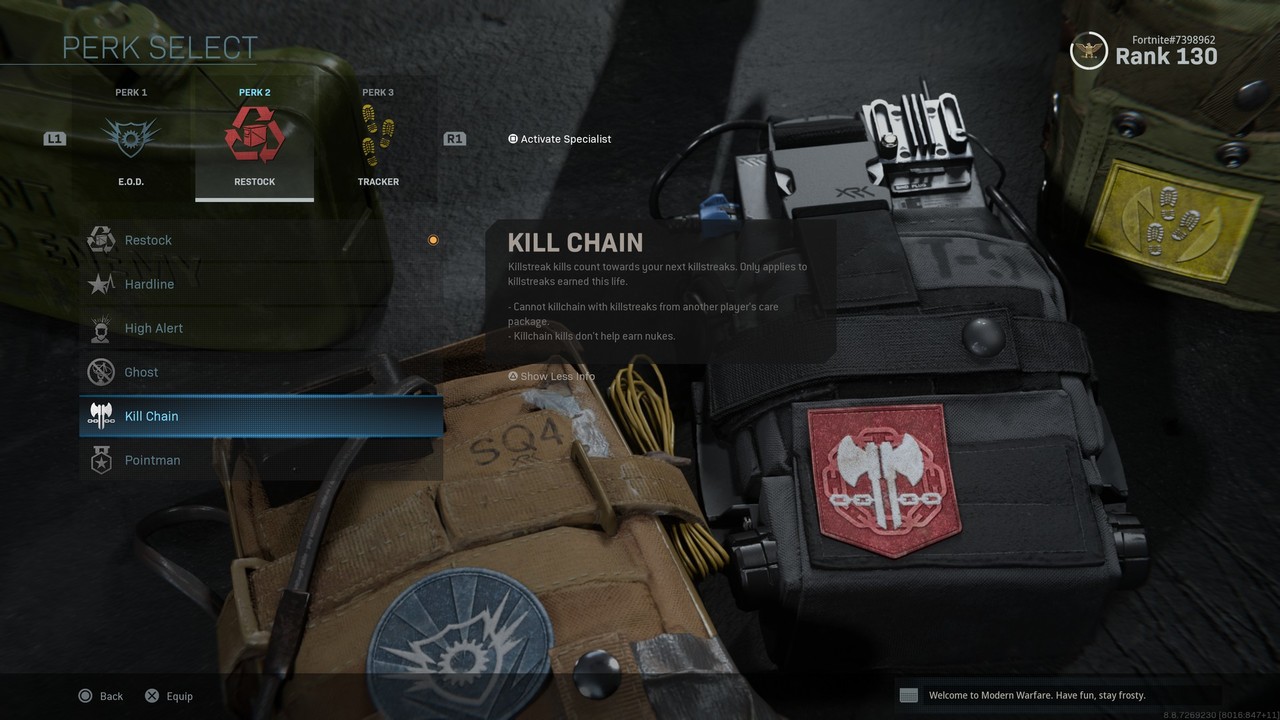 Earning killstreaks in Call of Duty: Modern Warfare can be tough, but using the Kill Chain perk can make getting difficult streaks like white phosphorous, gunships, and juggernauts so much easier.

Kill Chain takes up the Perk 2 slot, the same slot that perks like Ghost and Hardline occupy, making it a costly tradeoff. When used effectively, however, Kill Chain can practically guarantee high killstreaks. Normally, kills you get from killstreaks like the cluster strike or precision airstrike do not count toward earning higher killstreaks. With the perk equipped, those kills will start to count toward killstreaks, so if you earn a decent killstreak that doesn’t require too many kills, it can lead to something even greater. 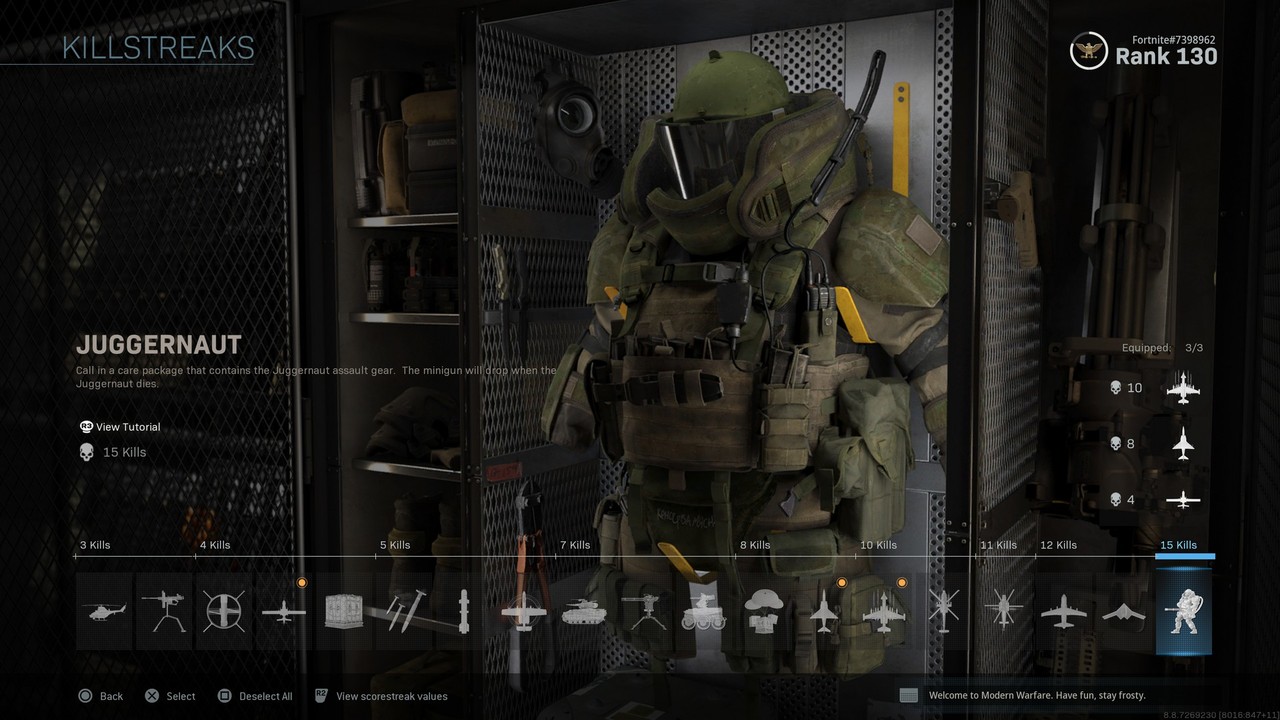 When you equip Kill Chain, you should probably reevaluate the killstreaks you currently have equipped. Killstreaks that get lots of kills and last for a long time should be a priority. A Wheelson only requires 7 kills and can easily double your kill count if you play your cards right. The VTOL jet is another great choice. It requires 8 kills, so you won’t be getting it too often, but when you do, you can easily work your way up to a Juggernaut if you can stay alive while the VTOL does its job. If you can manage to get a 10 kill streak and snag a Chopper Gunner, then you’re pretty much guaranteed to get a Juggernaut before the streak is over. It gets harder to maintain a killstreak the longer you stay alive, but Kill Chain can make those last few kills a breeze to get.

Of course, Kill Chain does have some restrictions. Firstly, you can’t steal a teammate’s care package and use that killstreak. Those won’t count. Secondly, kills from killstreaks don’t count towards a tactical nuke. A nuke requires 30 kills in a row, but those kills have to be with weapons, not kill streaks. Still, the power of Kill Chain is well worth these stipulations, and you’ll be earning Modern Warfare’s rarer killstreaks much more often.