Dominate Verdansk with this DMR 14 setup. 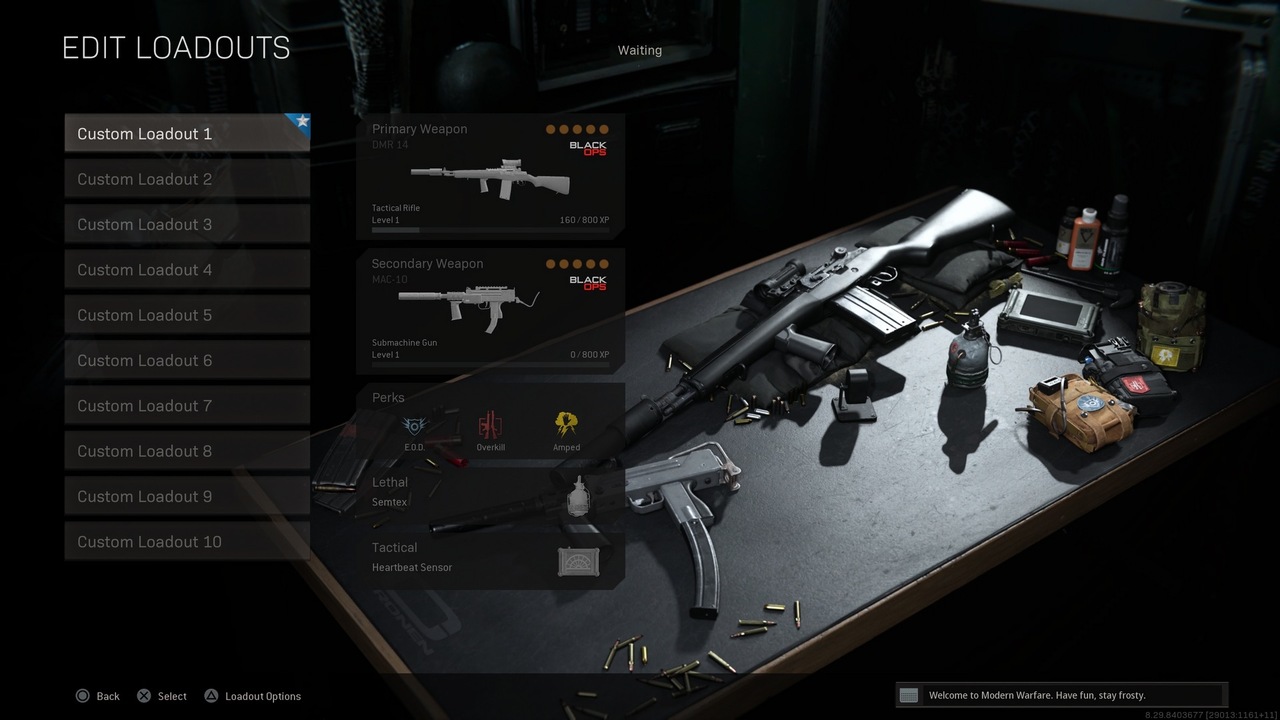 Love it or hate it, the DMR 14 is the best weapon in Call of Duty: Warzone right now. Everyone’s using it, so you might as well hop on the bandwagon. With high damage and virtually no recoil, this thing can down an enemy in just a few shots with ease. It’s great at close range too, but you can pair it with powerful dual pistols or an SMG like the MAC-10 in the secondary slot to create a true jack of all trades class that will excel in any situation. This is the best DMR 14 class for Warzone, and it’s the only loadout you’ll ever need to dominate Verdansk (at least until a nerf comes along).

The Best DMR 14 Class for Warzone 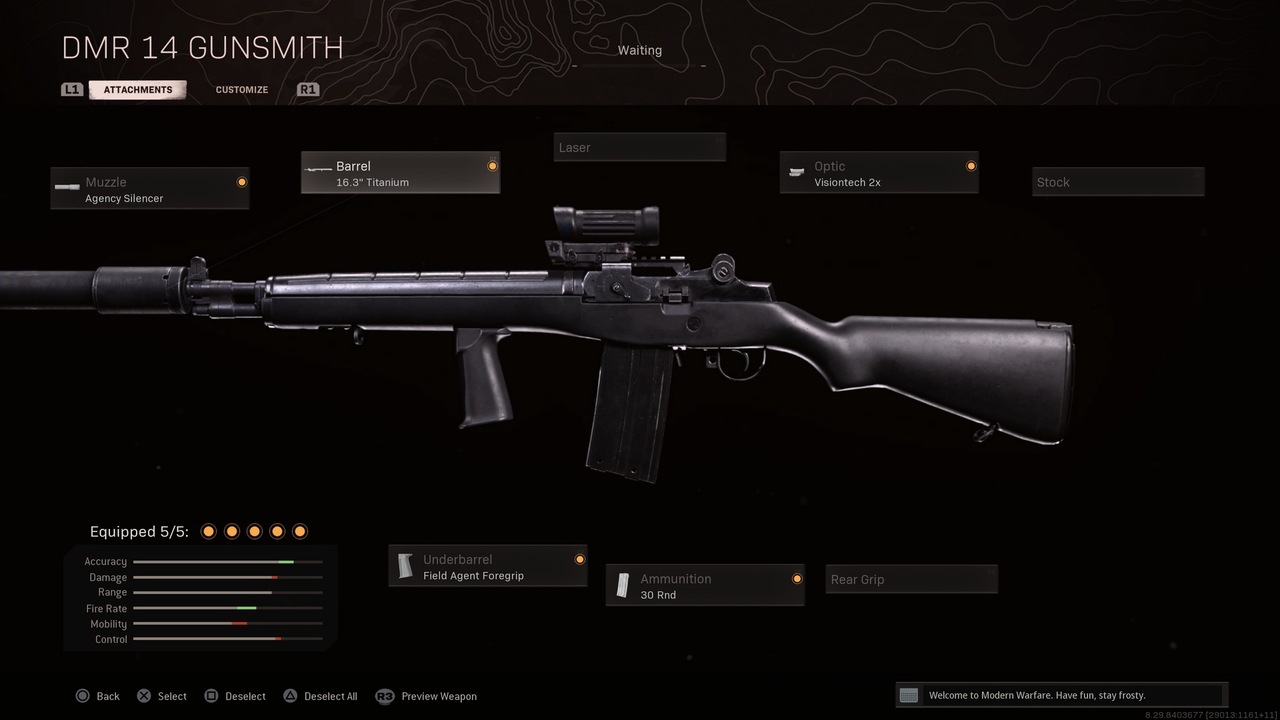 The DMR 14 is great with just about any set of attachments (even after the nerf), but the ones we’ve chosen for this loadout make the weapon even better. The suppressor is basically mandatory for any competitive Warzone loadout, and the same can be said for the extended magazine. Stealth and ammo count are two of the most important things in a Warzone match, and those rules still apply to the DMR.

The Visiontech 2x Optic is a perfect match for the DMR 14’s range. Even though it’s pretty powerful at long range, it’s still not a sniper rifle, so we didn’t throw on an 8x scope or anything. For the barrel, we opted for the 16.3″ Titanium for the extra maneuverability and fire rate at the cost of range and accuracy. The recoil is completely manageable, especially with the included Field Agent Foregrip, and the increased fire rate is more than worth the tradeoffs. 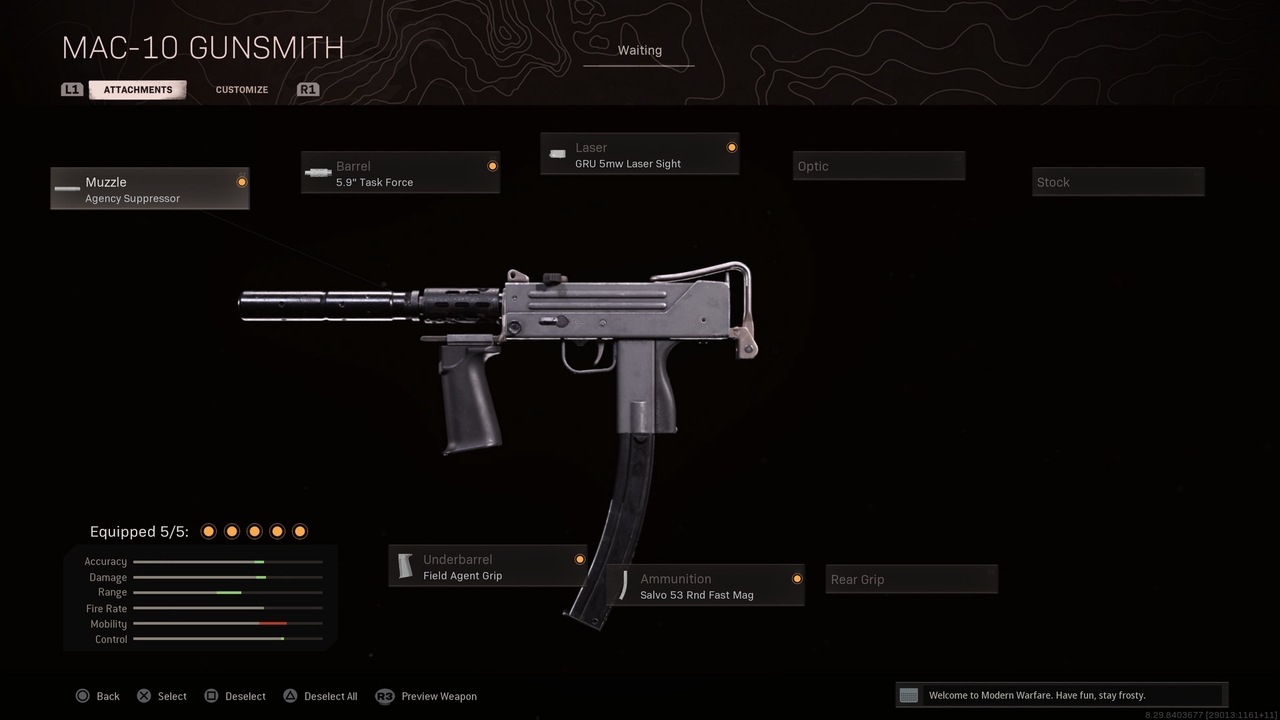 In the secondary weapon slot, we have a MAC-10 SMG. This is another weapon that’s been dominating Verdansk since it was added to the game, so it’s a pretty obvious inclusion for this loadout. You can swap this out for a pair of akimbo Diamatti pistols if you’d like, but the MAC-10 is a much more versatile choice that can help you out in a wider range of situations.

This MAC-10 loadout is on par with what most people are running. There’s a suppressor and extended magazine like most Warzone loadouts have, and the extended mag is especially useful on an SMG with a fire rate as fast as the MAC-10. The Field Agent Grip helps you control the recoil, and the 5.9″ Task Force barrel gives the gun an incredibly handy boost to damage range and bullet velocity. Finally, this loadout includes a 5mw Laser Sight like people run with most SMGs to get the most out of hip firing.

The equipment and perks for this loadout are pretty standard fare when it comes to Warzone. EOD is there to protect you from those pesky grenades and molotovs. Overkill is equipped just so you can bring along the MAC-10. Amped lets you swap weapons faster so you can quickly bring out the MAC-10 if someone rushes you while you have the DMR out. As for equipment, Semtex is one of the safest choices in the game, and the Heartbeat Sensor has been the go-to pick for Tactical gear for a while now.