The Season 4 update is finally here. 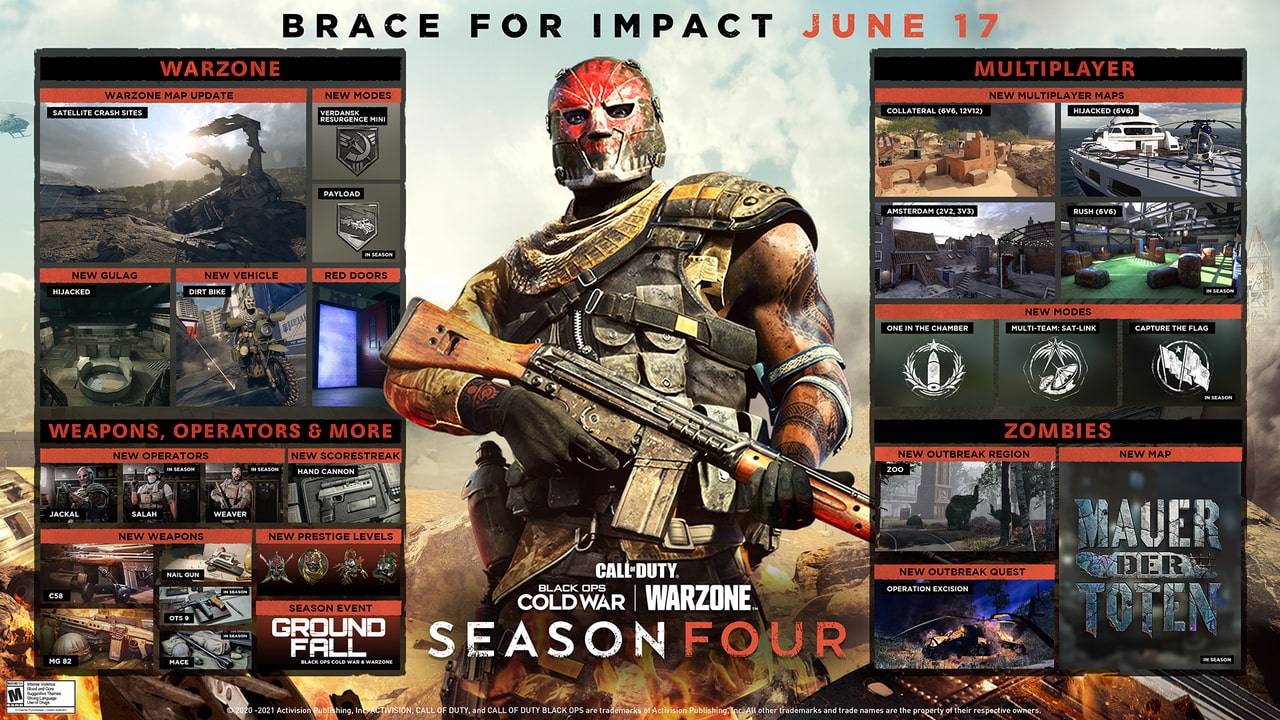 Update 1.38 is nearly here for Call of Duty: Warzone, and here’s the full list of changes and fixes added with this patch. This is the Season 4 update, bringing several new weapons, operators, and more to the game. Treyarch has already announced the patch notes for Black Ops Cold War’s latest update, and that update contains a sneak peek of some of the new weapons and operators coming to Warzone. Just like the Hunt for Adler event from Season 3, Warzone Season 4 will feature a limited-time event called Ground Fall during the first week of the season, so there will be plenty for players to see and do when the patch goes live. Here’s everything you need to know about Call of Duty: Warzone update 1.38.

In a future patch, we will be making sweeping balance changes to Weapons. Let us take a moment to discuss the philosophy behind that decision. At a high level, Warzone is a game about engagements. The more time we allot to mechanical and strategic expression within engagements, the higher the ‘skill ceiling’ and the longer our personal journey of mastery. We believe the frequency of those engagements and how we navigate them heavily contributes to the overall level of fun. We want to enable more escapes from impossible situations, moments of finesse, epic outplays, and opportunities to flex exquisite marksmanship. Due to some Weapons being far more lethal than others in their class, we feel a reduction in the efficacy of those outliers is necessary. We expect these changes will bring the average Time to Kill up by approximately 60 to 100 milliseconds. These changes will not only increase the overall capacity for skill expression, but should also introduce some Weapons into viability that have not yet had a chance to shine.

We will begin laying the groundwork for the upcoming balance overhaul with the following adjustments:

The Season Four update will have a download size of approximately 12 GB for those who own the free-to-play Warzone and are current on the latest updates.

Call of Duty: Warzone is available now on PC, PS4, and Xbox One. For more information regarding this update, visit the official Raven Software site.