Chivalry 2: How to Equip Weapons

Don't get caught out empty-handed, assuming you still have hands. 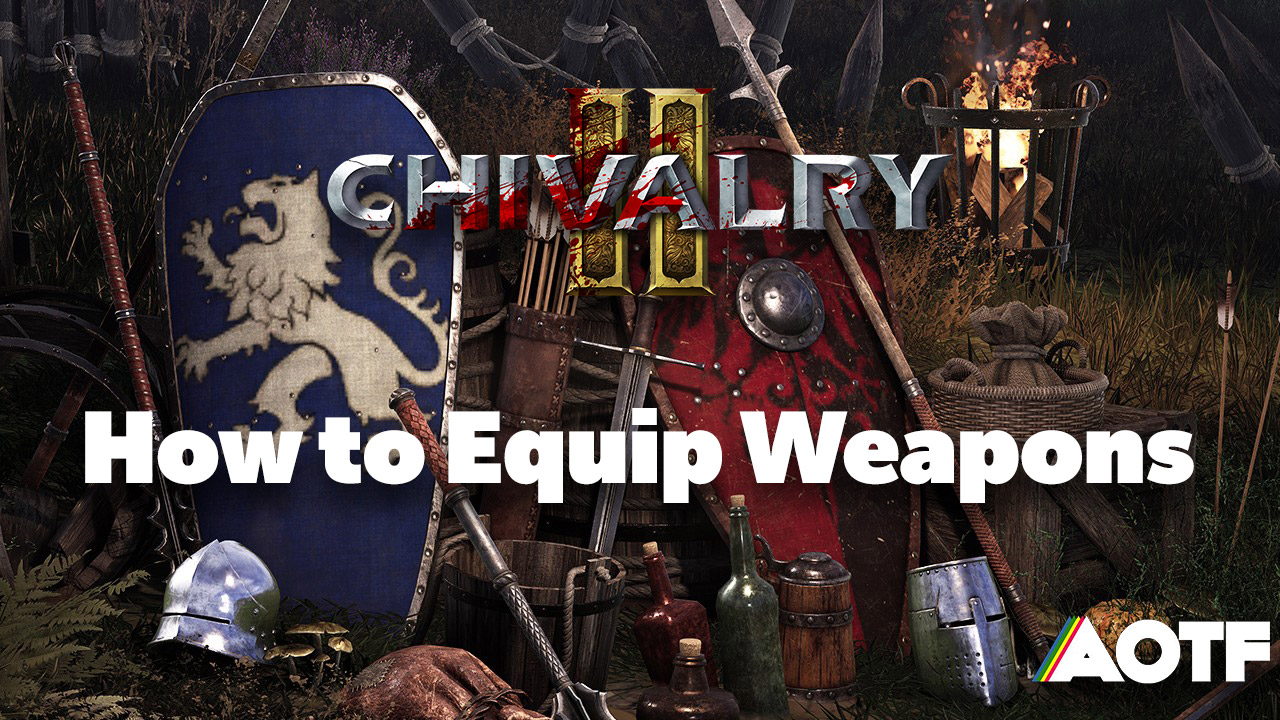 Listen here you Chivalry 2 peasants: knowing how to equip the right weapons in combat will ensure you rise to a swift victory and not a bloody death. You need to know not only how to pick the right loadout, but when to swap in the heat of battle. Thankfully, equipping weapons is so simply you can have eggs for brains and figure it out.

Equip weapons from the class selection screen by changing your loadout.

You can equip weapons in Chivalry 2 in a couple of ways depending on the task at hand. To change weapons in your loadout you need to first select the class you want to play as in the Change Class/Loadout menu (accessible by hitting Start and selecting the menu on controller, or by tapping L on keyboard). From here you can choose the weapons you want to equip per class and subclass in Chivalry 2. Remember, weapons are assigned to specific subclasses, and you need to level the primary class to unlock all of them.

If you want to equip a new weapon during battle in Chivalry 2 you can do so at any time (though you don’t want to do so when a foe is about to cleave your skull in two). On controller you can change your equipped weapon a couple of ways. The easiest way is to tap the right D-Pad button, which will cycle between your equipped weapons. Holding down the right D-Pad button will bring up a weapon wheel, allowing you to choose the weapon you want to use. If you are in the thick of a scrum in Chivalry 2 and need to equip a new weapon you can do so on a controller in a way that’ll allow you to keep your thumb on the left-stick. Clicking in the left thumbstick and tapping Y/Triangle will cycle between your equipped weapons. You need to hold the stick in as you tap Y, but this method will allow you to maintain control over your movement since you won’t have to use your left thumb to tap the right D-Pad button.

On PC you can easily change weapons by tapping the associated number key. That’s it, that’s all you need to do to equip a new weapon in Chivalry 2 when using a mouse and keyboard. If you have a fancy gaming mouse with number keys you can use those as well, but you’ll miss out on having your alternate attacks attached to the mouse.

As a bonus tip, you can equip weapons you find on the ground in Chivalry 2. Simply walk over them and pick them up either by tapping the X/Square button, or by holding down E on keyboard. You’ll swap out your current weapon with the new one you just equipped, allowing you to either sample a weapon you have not unlocked yet in Chivalry 2, or to better improvise on the battlefield.