Know all the best cards in Clash Royale! 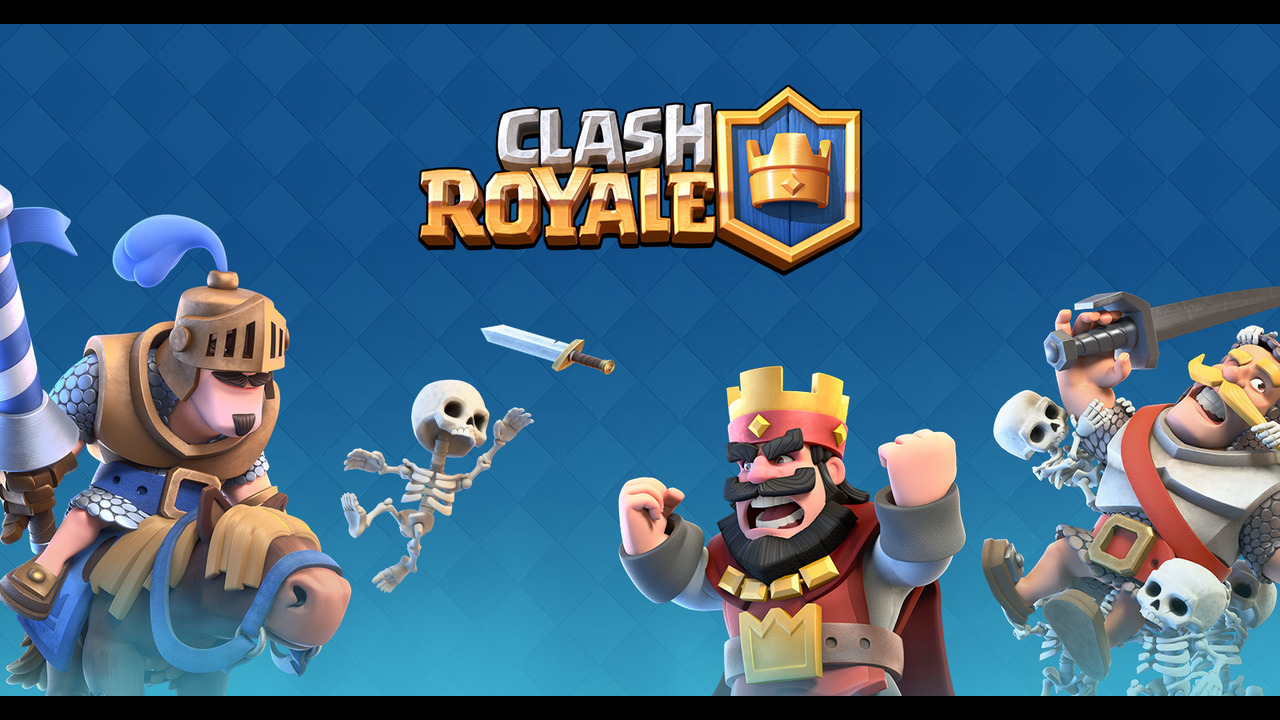 Supercell has released many Clash Royale cards throughout the years, enabling players to diversify their deck more. Of course, this also means that everyone will have to spend more time creating a unique deck that will suit their playstyle. Still, like all other games, Clash Royale has the best-performing cards that are flexible and gets the most value out of your elixir. Here is a Clash Royale tier list featuring all the best cards, ranked, to make it easier for you to complete your deck and get an edge over your opponents!

All The Best Cards In Clash Royale, Ranked From Worst To Best 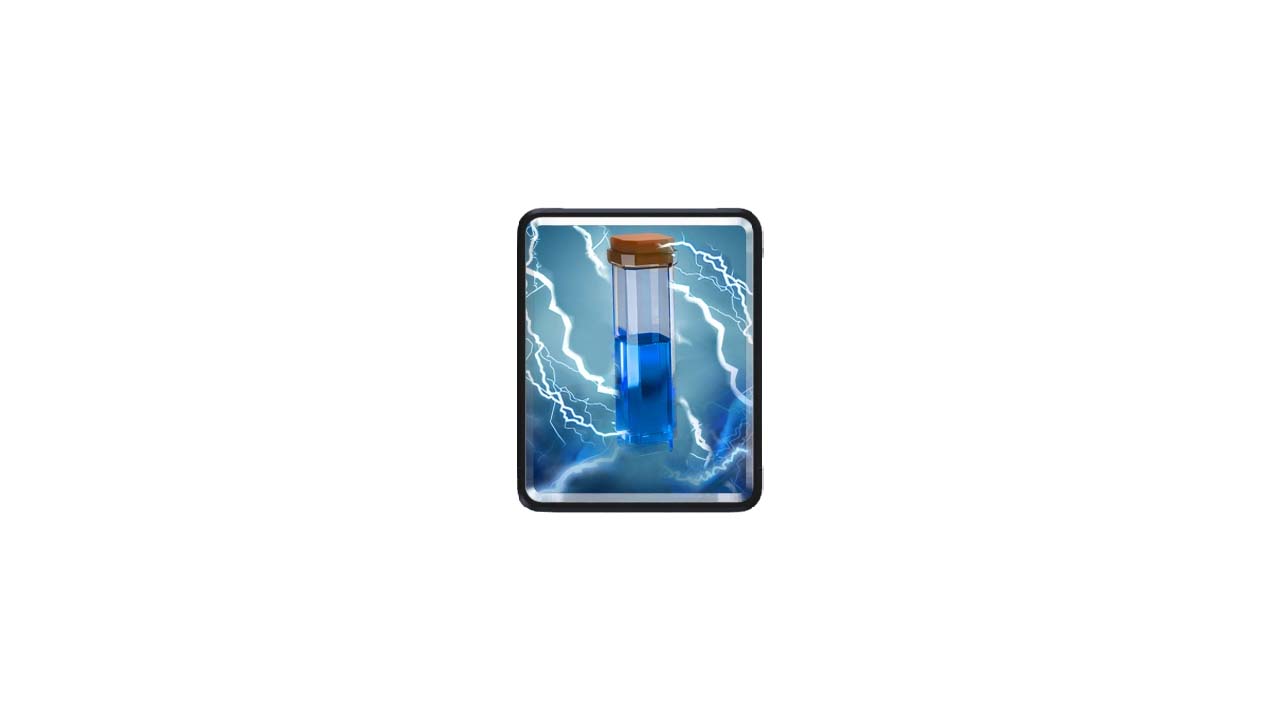 Arguably the most flexible card in the game, Zap, has an area-of-effect (AOE) damage that will kill almost every unit in the game. Not to mention, this card also stuns everything it hits for 0.5 seconds, which resets Sparky, Inferno Tower, and X-bow.

Leveling Zap will also make it stronger. If this card has two higher levels of the enemy minion horde, it will instantly kill all the units, leaving you with a huge elixir advantage. Zap can fit almost any deck and is relatively easy to use, so make sure that you try this card! The first legendary card in this list, the Mega Knight, is a tanky unit that has a ton of splash damage. He is a solid defensive and versatile unit. It can be argued that he has a weak offense, but Mega Knight completely obliterates land units on the defense because of his unmatched spawn damage.

Not to mention, Mega Knight jumps and also deals splash damage when he attacks. This card is powerful when used by a patient and intelligent player, earning himself a spot on this list. 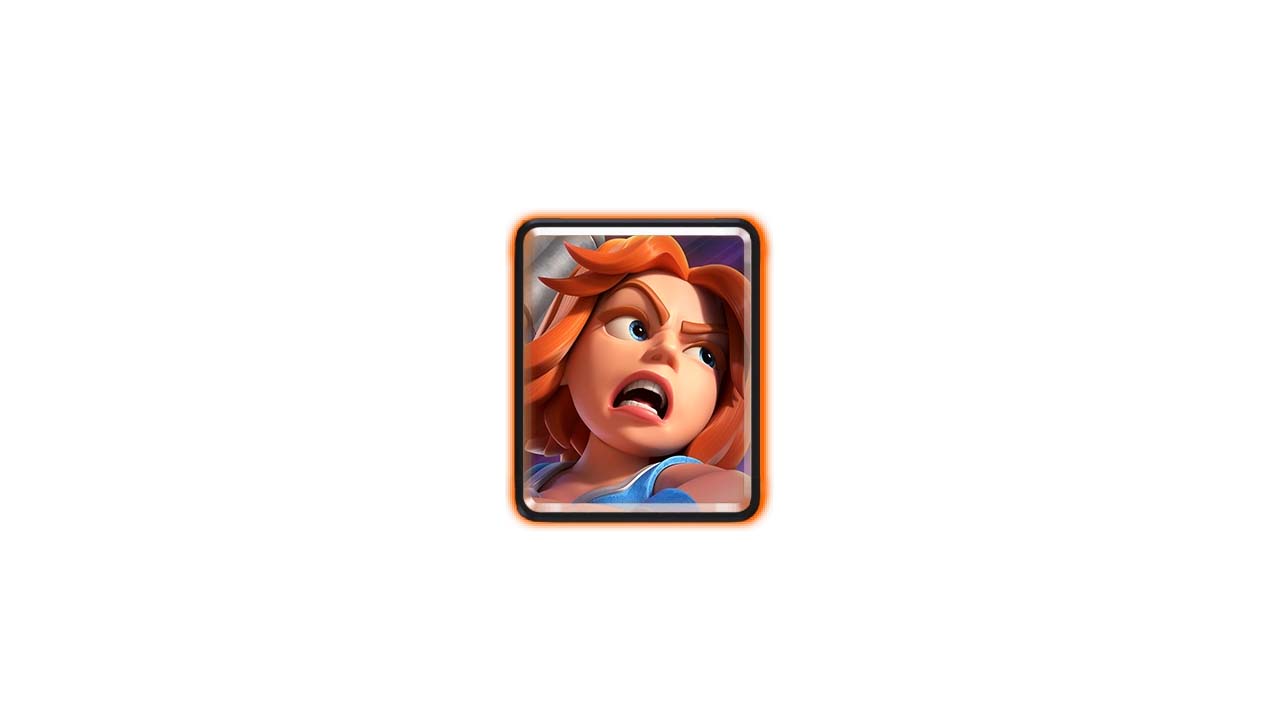 With a slightly similar style to Mega Knight, Valkyrie deals a huge AOE damage that will stop many units on their tracks. She does not jump and deal splash damage like Mega Knight, but she swings her axe in a circular motion, damaging everyone around her.

Valkyrie deals decent damage and can soak a lot of stuff thrown at her. Also, she synergizes well with most units in the game, making her flexible and suit your custom-made deck. Considering her elixir cost (four), she is one of the strongest cards to play in Clash Royale. 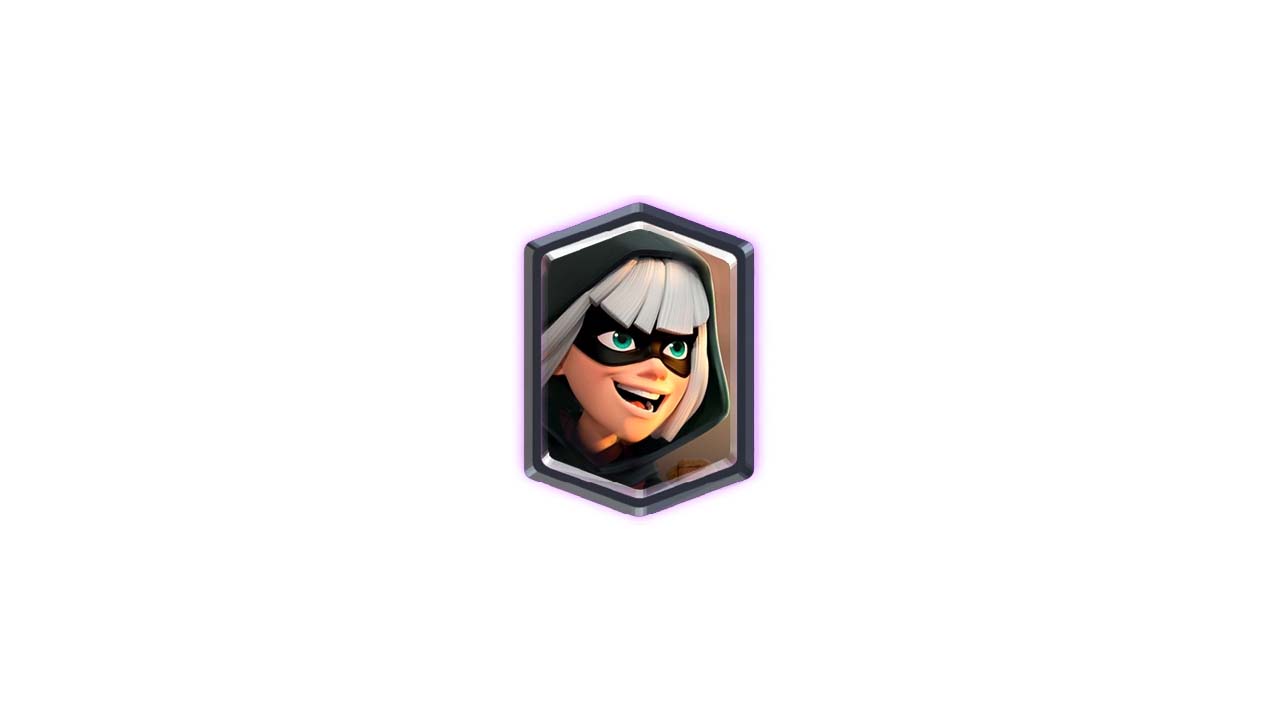 If using cards without AOE is your jam, then include Bandit on your deck. Boasting a cheap elixir price (three), this card is compelling and versatile. Bandit has a unique skill where she dashes and deals great damage on the unit she attacks. This card is extremely strong because Bandit becomes invincible when channeling her dashes.

This is an excellent card for both the attacking and defending side. Bandit will probably fit right in all the decks you try to make. Try her out and see if she suits your playstyle. 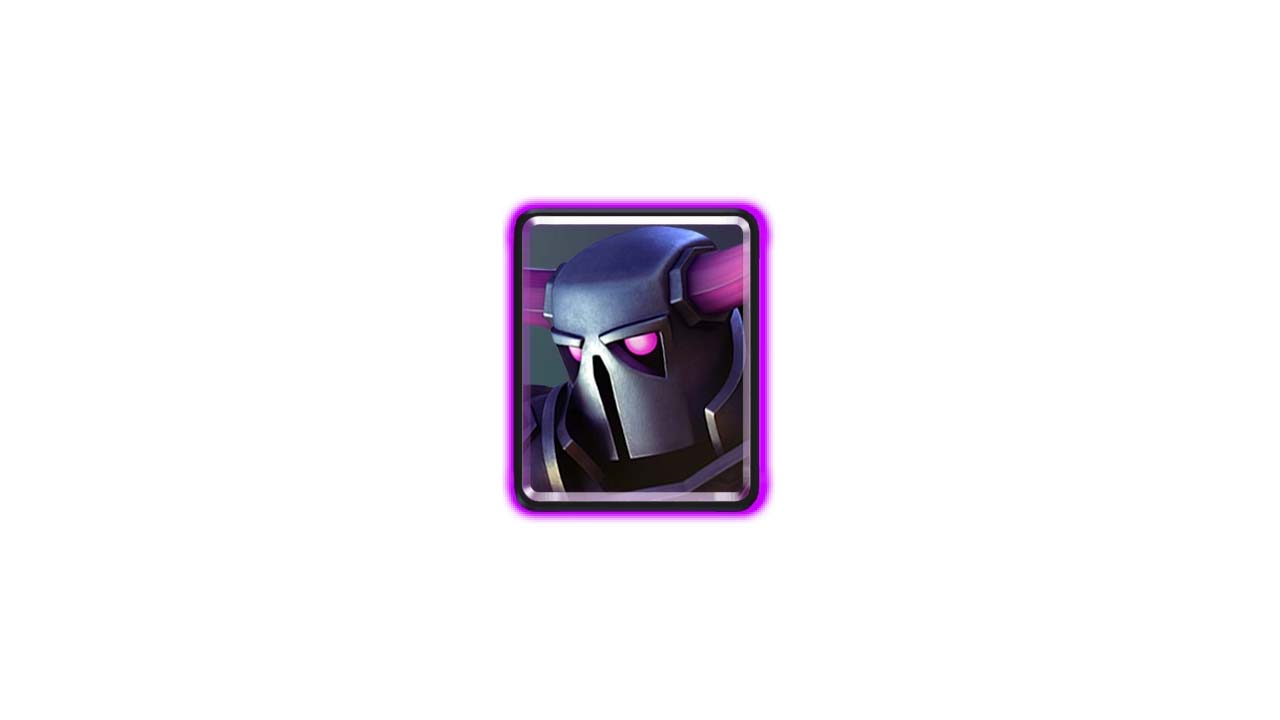 Donning a colossal armor of steel, P.E.K.K.A is indeed scary when seen on the battlefield. Don’t let this card trick you because this unit hits like a truck even with the sluggish speed. The combination of P.E.K.K.A’s massive health and damage makes this card arguably the best frontline in Clash Royale.

P.E.K.K.A has a decent cost of seven elixir, making everything better. Also, this massive damage-dealing unit is not flexible, unlike the other cards in this list— since you have to build a deck around it—but it is worthwhile. 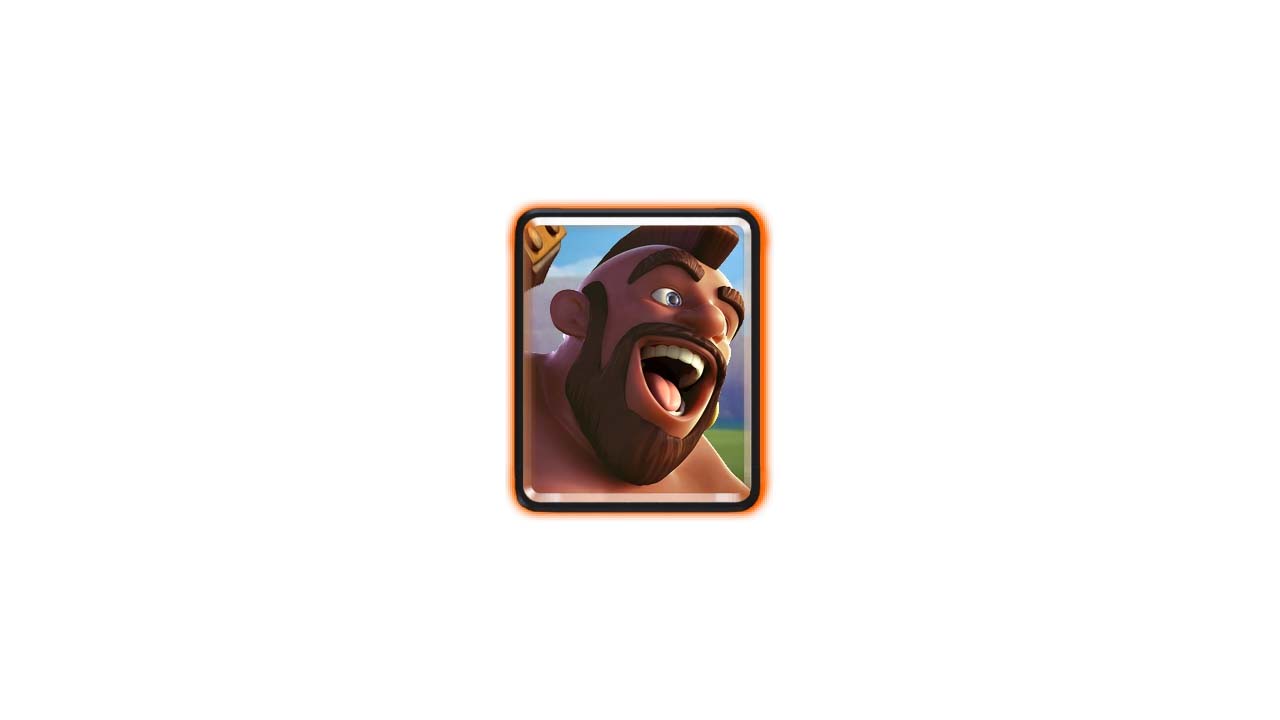 The most famous unit in the game, Hog Rider is still the most used card by high trophy players in Clash Royale. With only one mission to do, the Hog Rider focuses on destroying the enemy tower, disregarding anything on its way—unless it’s a building, of course. He is fast and can deal decent damage with his hammer. Not to mention, Hog Rider has a fair amount of health, so taking him down is not an easy feat.

As mentioned previously, this unit is used by most high trophy players because of its low elixir cost (four), making it possible to cycle cards at a fast rate. Try Hog Rider before building a deck revolving around him because he is tough to play. Nevertheless, it can be argued that Hog Rider is the most rewarding to play, so do not give up and master him!

That ends the list of the best cards in Clash Royale, ranked from worst to best. Make sure to use at least one of these cards to always get the upper hand against your opponents. Also, if you are unaware, you can play with your friends in Clash Royale!

Clash Royale is available on iOS and Android.