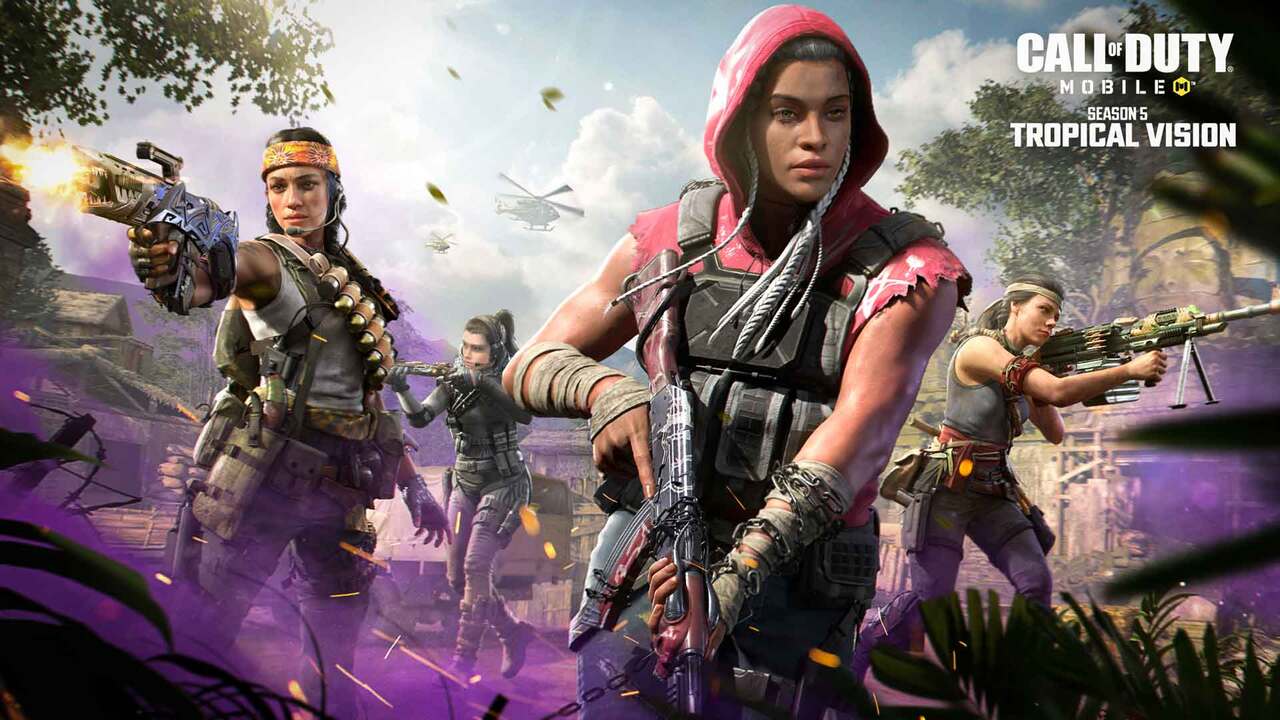 Season 5 of COD Mobile is nearly here, and the new Tropical Vision season will add new maps, weapons, modes, and more to the mega popular mobile title. COD Mobile Season 5 ditches the sandy desert in favor of lush tropics, adding some much-needed spice and color to the game. The Oden finally makes its COD Mobile debut this season, a new Tactical grenade is being added to the game, and the RPD is getting a new signature attachment. There’s plenty to look forward to this season, so here’s everything you need to know about Season 5: Tropical Vision in COD Mobile.

Season 5: Tropical Vision will begin on Wednesday, June 1 at 5 PM PT/8 PM ET. That’s the same time that the existing Season 4 Battle Pass expires, so make sure you’ve claimed as many rewards as you can before the season comes to a close. The content update for the new season will most likely be released a day or so before it begins, giving players the chance to preload the patch and be ready to go as soon as Season 5 begins. 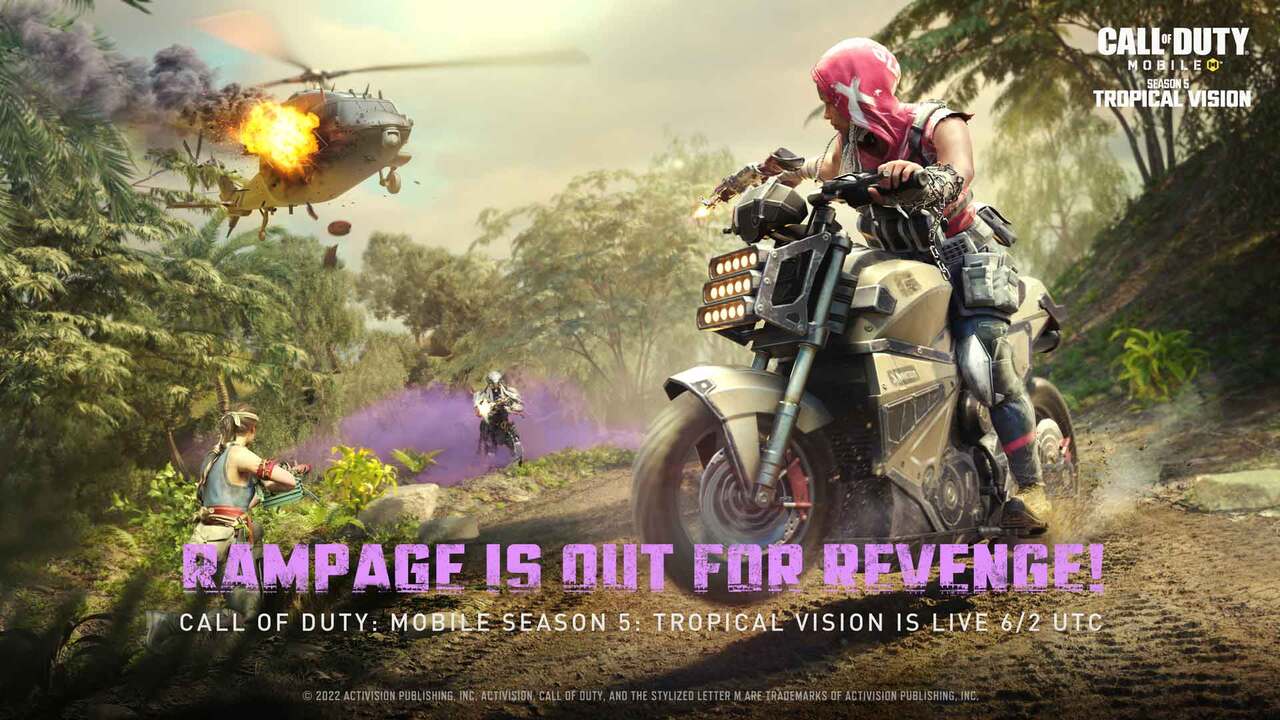 The Apocalypse map from Call of Duty: Black Ops Cold War is coming to COD Mobile this season. It’s a small to medium-sized map with a mixture of interior and exterior spaces.

The Oden assault rifle is the new weapon for Season 5: Tropical Vision. It’s included at Tier 21 of the free stream of Battle Pass rewards this season, so everyone will be able to unlock it. It’s a very slow firing but powerful weapon that can kill an enemy in just a few shots at long range.

As for new modes, Guns Blazing Encore is the featured mode this season. It’s a revamped version of Guns Blazing, allowing players to power up and become super soldiers by filling a Fury gauge. This will eventually allow players to equip dual Death Machines alongside a huge health boost.

The Echo Grenade is the newest piece of Tactical equipment to come to COD Mobile, allowing players to detect enemy locations. It’s unlocked for free as a Battle Pass reward, so everyone will be able to add it to their arsenal like the Oden. 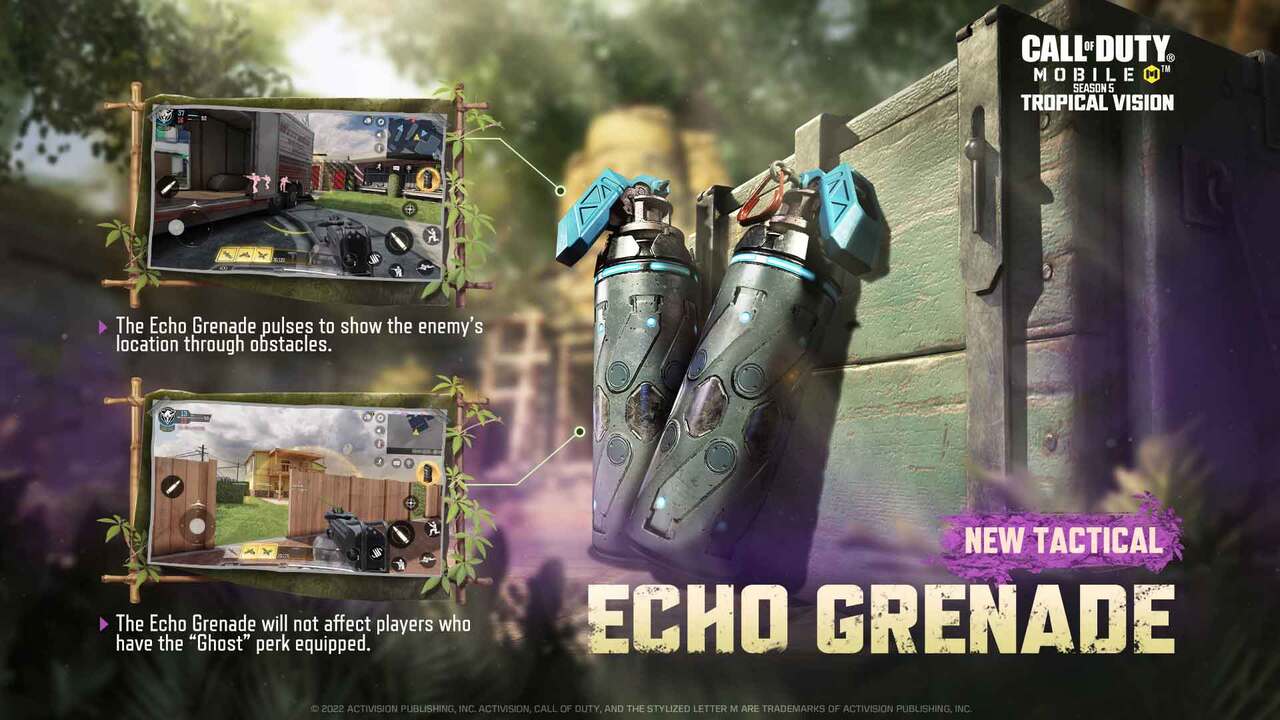 Not much is currently known about the Season 5 Battle Pass, but Activision has confirmed that it’s a female-led one, so expect to see a lot of female Operators and skins. As always, both free and premium Tiers will be available with rewards ranging from weapons, blueprints, calling cards, COD Points, and more.

The new Oden assault rifle will be unlocked at Tier 21 of the Season 5 Battle Pass. This is a slow-firing assault rifle that made its debut in Call of Duty: Modern Warfare in 2019. The Echo – Tiki Troops Shotgun will be unlocked at Tier 26 shortly after the Oden, and the new Echo Grenade will be rewarded upon reaching a later tier. All of these are free rewards available to all COD Mobile players this season as well.

Call of Duty: Mobile is available now on mobile devices.