Which difficulty should you choose? 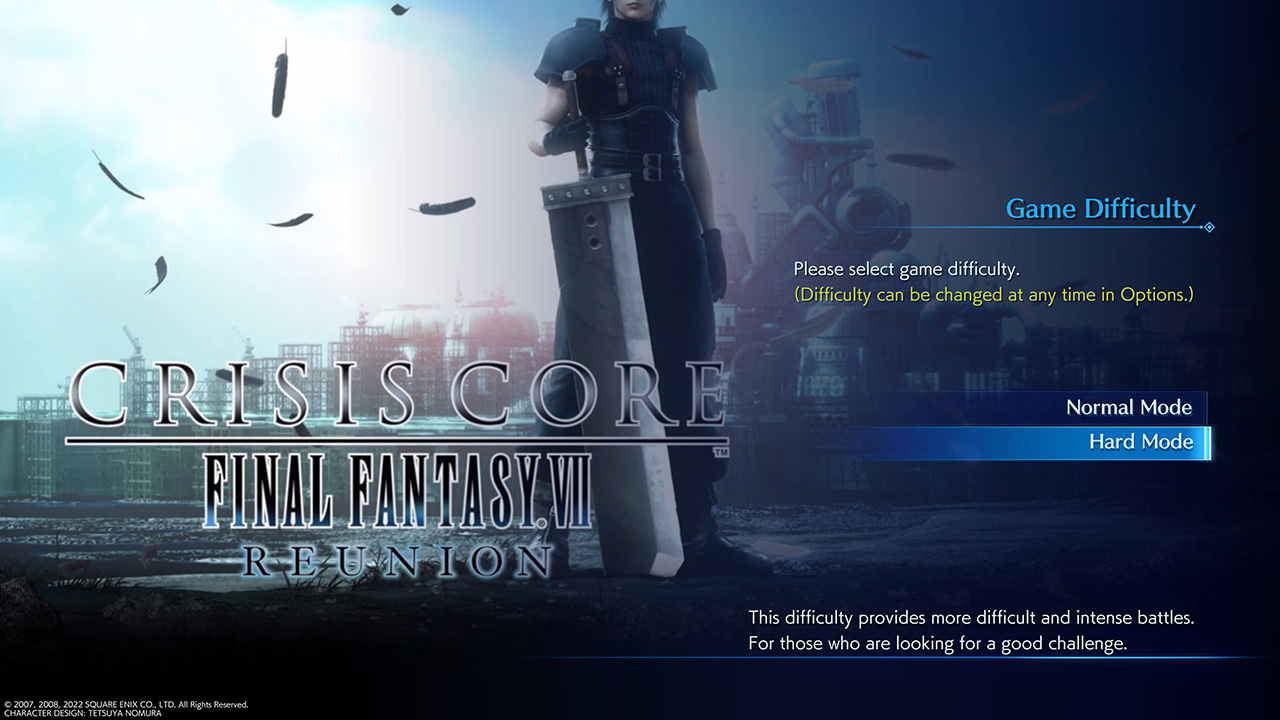 Differently from the original PSP title, Crisis Core: Final Fantasy VII Reunion allows players to choose between both the Normal and Hard difficulties from the get-go. With that said, although both difficulty settings are self-explanatory, we would only recommend the Normal one for those who are either unfamiliar with actions JRPGs in general or who just wish to experience the main story, without having to focus heavily on the game’s other vital mechanics.

The Hard difficulty, on the other hand, would be our main choice for fans of the genre and the franchise, as it offers a really fair challenge to all players, all while truly relying on item management and Materia fusion, both of which are key factors in the game’s experience. Another reason for the recommendation lies in the fact that the game does not force you to go back to save points after failing an encounter. Instead giving you the option to rearrange your equipment before facing it again.