Master all of your different combat options. 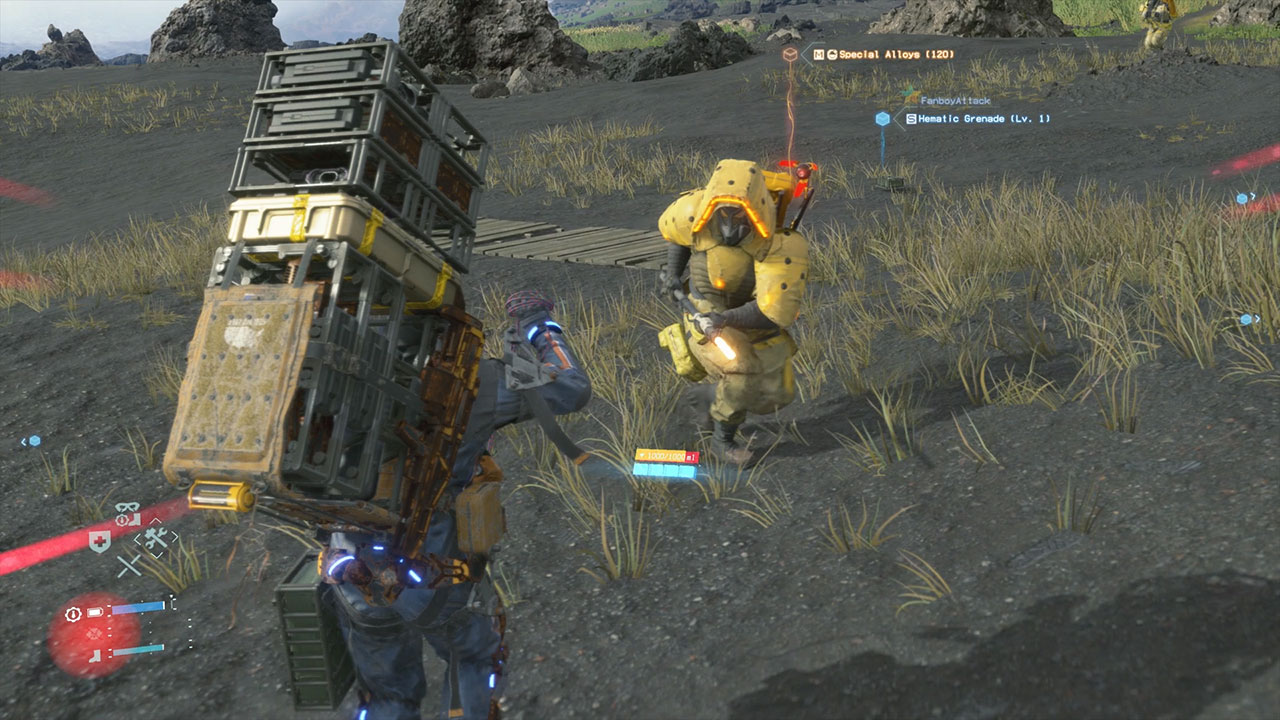 Sam’s primary attack is a punch.  This is done by pressing the Square Button.  Numerous presses of the button will land a combination and after a couple of shots you’ll get a knockout blow.

Strands are an effective way to counter MULEs in combat and then tie them up so that they don’t pose a threat.  You can use a strand by pressing right on the d-pad to equip it.  You can then use the strand by holding the L2 button and then pressing the R2 button when the opportunity to Parry presents itself.

If you can sneak up on a MULE you can use a strand to bind them with the rope.

MULEs will attack you in different ways.  They will throw projectiles at you and attempt to melee you as well.  You can sidestep these attacks by pressing and holding the L2 and R2 buttons while pressing the X button.

How to Use Weapons

Use cargo as a weapon – Press the Square button to use cargo you are holding in your hand as a melee weapon.  This will damage cargo.  You can throw the cargo at an enemy by releasing the L2 or R2 button when pressing the Square button.

There are numerous types of guns that you’ll get in the game and some are better than others for taking down MULEs.  In Episode 4 you will get guns that can kill enemies, but you don’t necessarily want to use them unless you want to also dispose of the body as well.  Killing humans will turn them into BTs so you need to be careful about using normal guns like the AR, Pistol, or Shotgun.

Instead, you should try to use things like the Bolo Gun which can incapacitate enemies long enough for you to get in to a MULE camp and get out.

All of these methods described are for fighting human enemies.  If you’re fighting non-human enemies, head over to this guide on how to kill BTs.