Death Stranding: How to Play Music

Play the excellent soundtrack while exploring 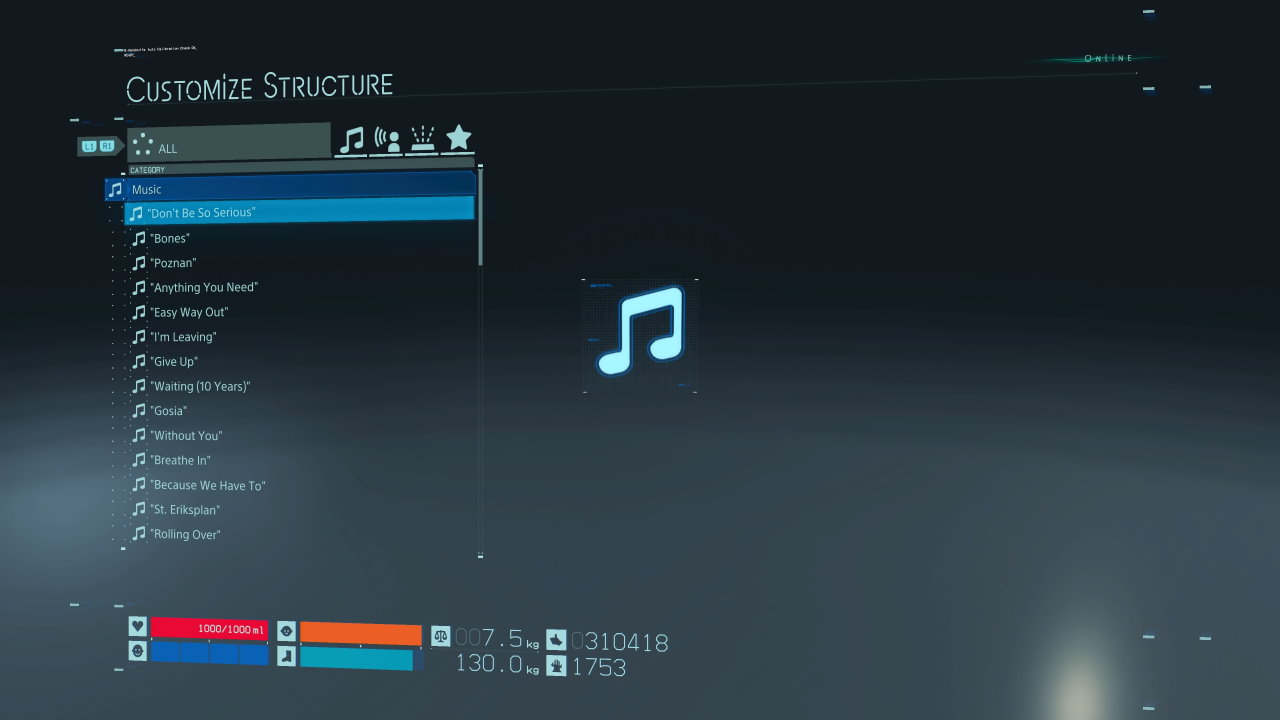 Death Stranding does a lot of things right. We pointed out most of them in our review. And one of the things it does VERY right is in its music. Featuring songs from Major Lazer x Khalid, CHVRCHES, Bring Me The Horizon, and others, fans will surely love every time one of these songs comes on while they play. But there are ways to listen to it more often, though there are some odd restrictions that will hopefully be patched out later. So let’s break down how to play music in Death Stranding.

How to Play Music

Currently the best way to listen to music in Death Stranding involves heading to a Safe House and resting in your private room. From there just choose the large map on the wall. A music option will appear on the left. Select it to choose from.any unlocked songs you have available.

The strange omission I mentioned is the simple fact that there’s currently no way to play music while randomly exploring the world. This is likely where most players want to listen to the soft, electronic tunes that make up the Death Stranding original soundtrack. Songs will come on, but only at predefined locations and mostly during story missions where you’re doing something significant. It’s rare for music to play randomly and there’s no way to just put some on within the game. You can, of course, circumvent this a bit by downloading the soundtrack and simply using the PS4’s in-built music player.

UPDATE: Unfortunately the following method has been disabled for Death Stranding. If you have a copy of the soundtrack, you will need a separate device to listen while playing the game. There is another option though, so keep reading for the full details.

To do this just pop the music onto a USB device and plug it into your PS4. Then head to the Library app and scroll to the USB Music Player. Start whatever track you want to listen to and hop back into the game. This is far from ideal, but should serve the purpose most fans want out of Death Stranding’s soundtrack. However, there is one way to pump those tunes right into the game world.

Upgraded structures will often have a customization slot where you can choose some options. One of them is what song plays for players resting nearby. This is great for Generators where many players congregate to recharge their vehicles and other batteries. Many buildings support this feature, so be sure to check them and upgrade them by holding Options when nearby to try it out. Of course, the music fades away as you leave, but at least it’s a way to get it into the game itself.

And that’s how to play music in Death Stranding.