Death Stranding: How to Put on Glasses and Hats

Look cool while you put America back together again. 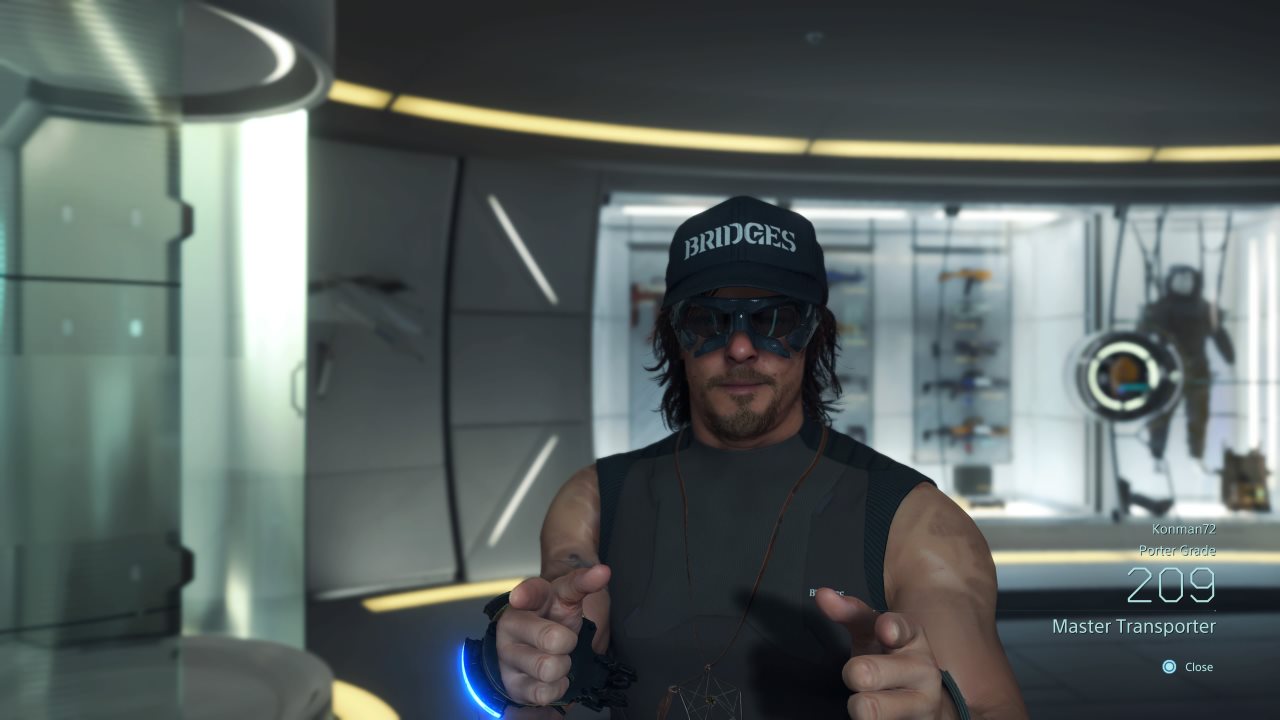 Death Stranding could have gone by a few names. FedEx Simulator, Kojima’s Wild Ride, but the one that ran through my mind the most as I played the game was Inventory Management 2019. Simply sorting through all the items you are carrying or can equip can be the most challenging thing you do in your time putting America back together. And some items aren’t even featured in your standard inventory, making them even tougher to understand. We’re here to help though by explaining how to put on glasses and hats in Death Stranding.

How to Put on Sunglasses and Hats

You’ll unlock the first of these pretty early on with more appearing as you progress through Death Stranding’s especially long campaign. And yet, the game won’t go into too much detail on how to put them on. Whether it’s a Bridges hat, the default sunglasses, or something you’ve unlocked later on the process is the same and can be handled in two different ways. If you’re in a Safe House of any sort, you should see your available hats and glasses sitting on the nearby table. To put them on in here all you need to do is look at the table and follow the button prompts. Look at whatever item you want to put on and it will explain.

However, you might want to put our glasses and hat on while out in the field you’ll need to use the second and somewhat quicker method. By holding up on the D-Pad you’ll open the cosmetic item menu (of sorts). Just like with other items you can use the right thumbstick to wheel around and find what you need then hit X to put it on.

Why would you want to put these on? To look cool. Outside of special items like the Otter Hood, the default stuff doesn’t really change anything about the game or how your character reacts to it. Still, doing either of these is the answer for how to put on glasses and hats in Death Stranding. Now get out there and deliver some packages.

Home / Game Guides / Death Stranding: How to Put on Glasses and Hats