Destiny 2: Cryosthesia 77K Catalyst Objectives and How to Complete Them

Yet another catalyst that requires Crucible participation. The Cryosthesia 77k catalyst in Destiny 2 isn’t the worst to unlock, but you will have to play Crucible if you plan to grab it. The exotic gun itself is the first reward in the paid portion of the season track, and is available at rank 35 to free players.

This snappy little sidearm fits into the primary weapon slot, and it’s infused with Stasis! The Cryosthesia 77k pairs well with Warlocks’ Shadebinder subclass, but it’s Liquid Cooling perk is a touch lacking due to the reload requirement. Thankfully, its catalyst helps the sidearm overcome this deficiency, and it’s not the worst to unlock. Well, assuming you still enjoy Crucible that is.

Cryosthesia 77K Catalyst Objectives and How to Complete Them

The Cryesthesia 77k Catalyst has two steps (three if you count the final turn-in), both with three objectives each. The first step isn’t too terrible since you can use whatever weapon you want to progress each objective. The second step however is a bit of a pain in the ass, largely due to the Crucible objective. Below are all six objectives across both steps needed to unlock the Cryosthesia 77K catalyst. 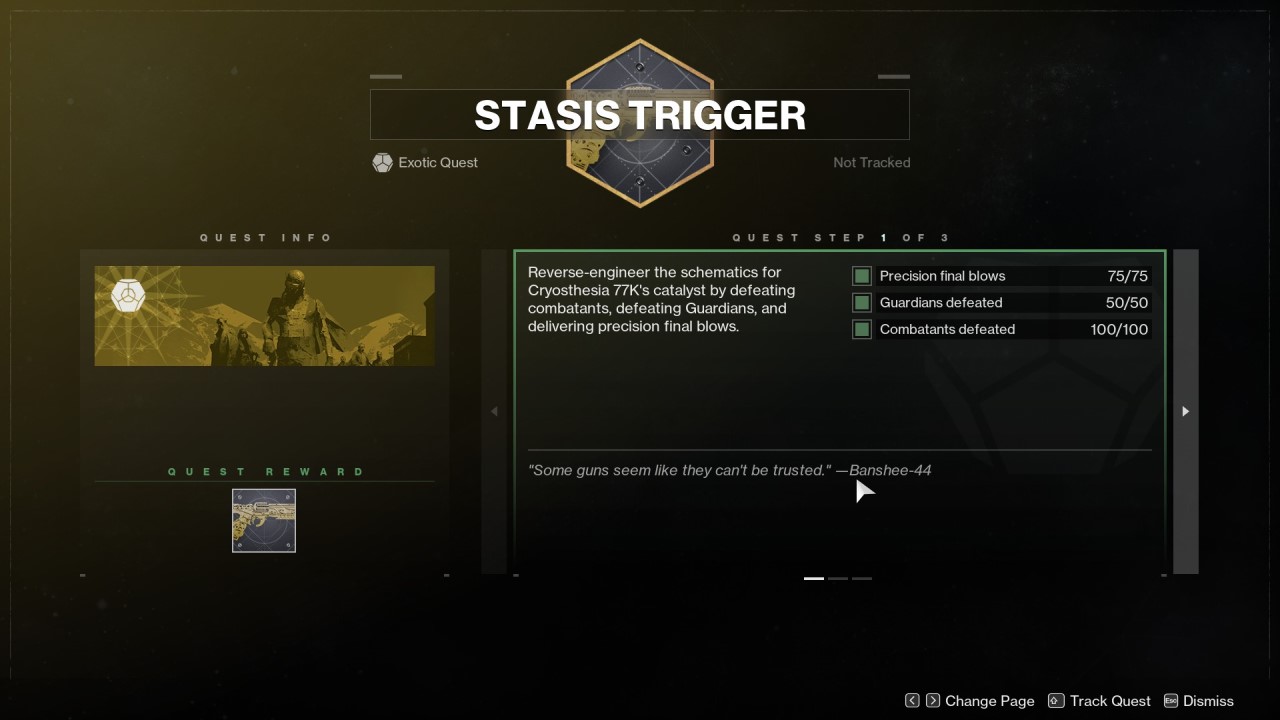 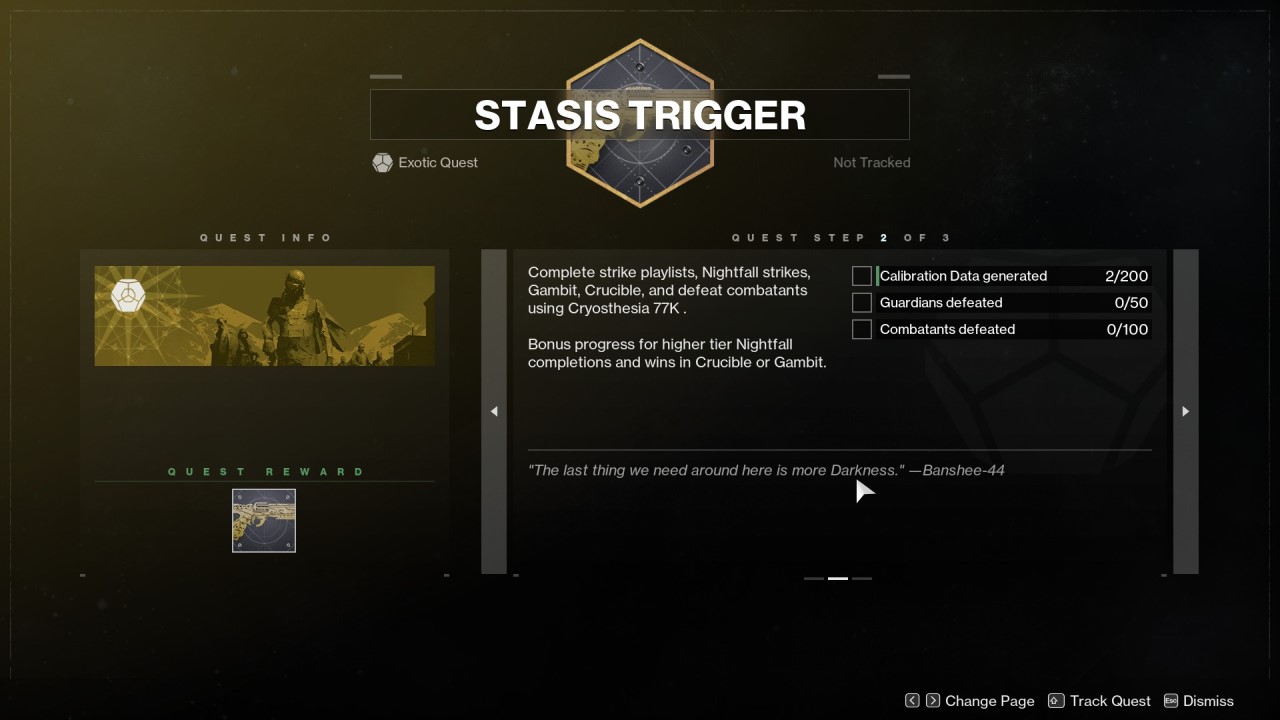 Once you clear all six of those objectives you’ll return to Banshee-44 for your finished Cryosthesia 77K catalyst. You’ll still need to unlock it proper by killing everything that moves with Correction: any energy weapon currently counts towards the catalyst (up to 700 combatant kills), so there’s work to be done, but you’ll at least have the catalyst unlocked. Once you’ve masterworked the catalyst your Cryosthesia 77K will refill its magazine from your reserves whenever you shatter a frozen enemy, turning its Liquid Cooling perk into a frosty perma-freezer.

Destiny 2 Season of the Splicer is available now on PC, PlayStation 4, PlayStation 5, Xbox One, Xbox Series X|S, and Stadia.

Home / Game Guides / Destiny 2: Cryosthesia 77K Catalyst Objectives and How to Complete Them