All New Exotics in Destiny 2: Season of the Splicer 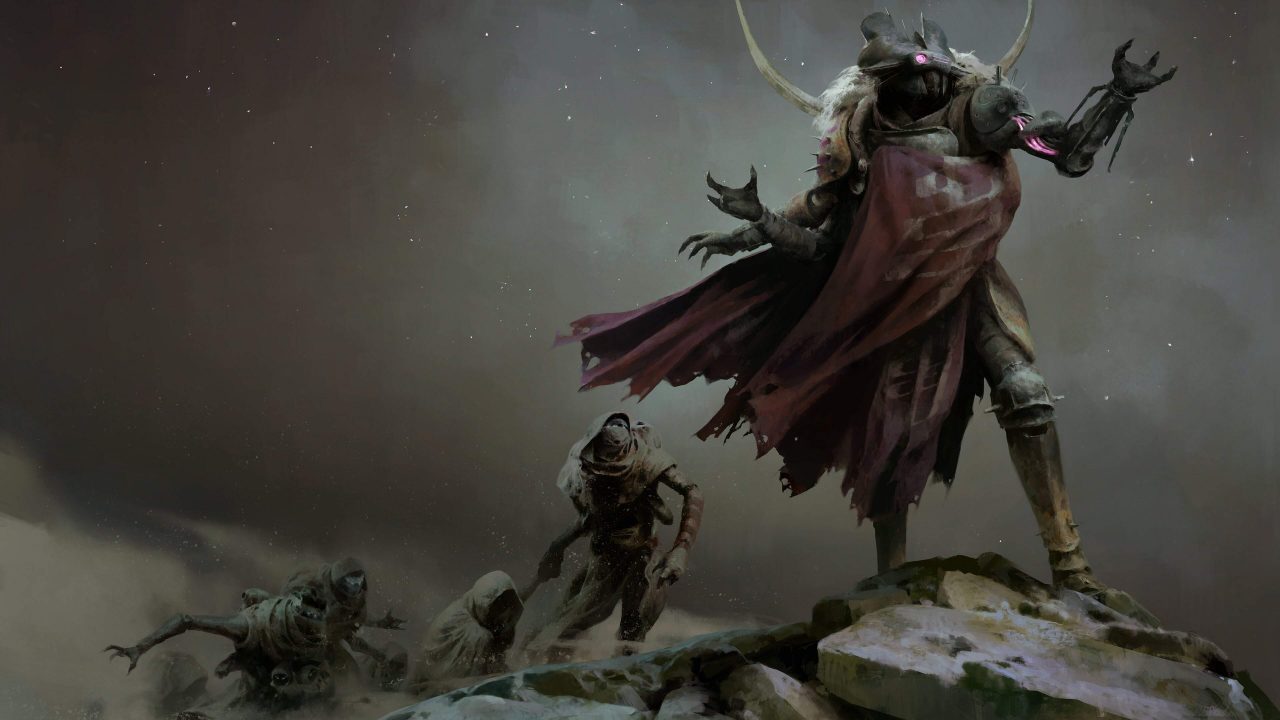 Destiny 2 received a new seasonal update yesterday titled Season of The Splicer, bringing all-new Exotics for Guardians to hunt and farm for.

Guardians from all over the Sol System can now begin grinding and shooting their way into the new content. Season of the Splicer delivers one new Exotic weapon and three new Exotic armor pieces for Guardians to take into the fray.

Other Exotics may follow soon such as the heavily teased return of the Vex Mythoclast, as spotted by the official DestinyTracker account in this Twitter post. But for now, here are the 4 new Exotics that players can get their hands on. 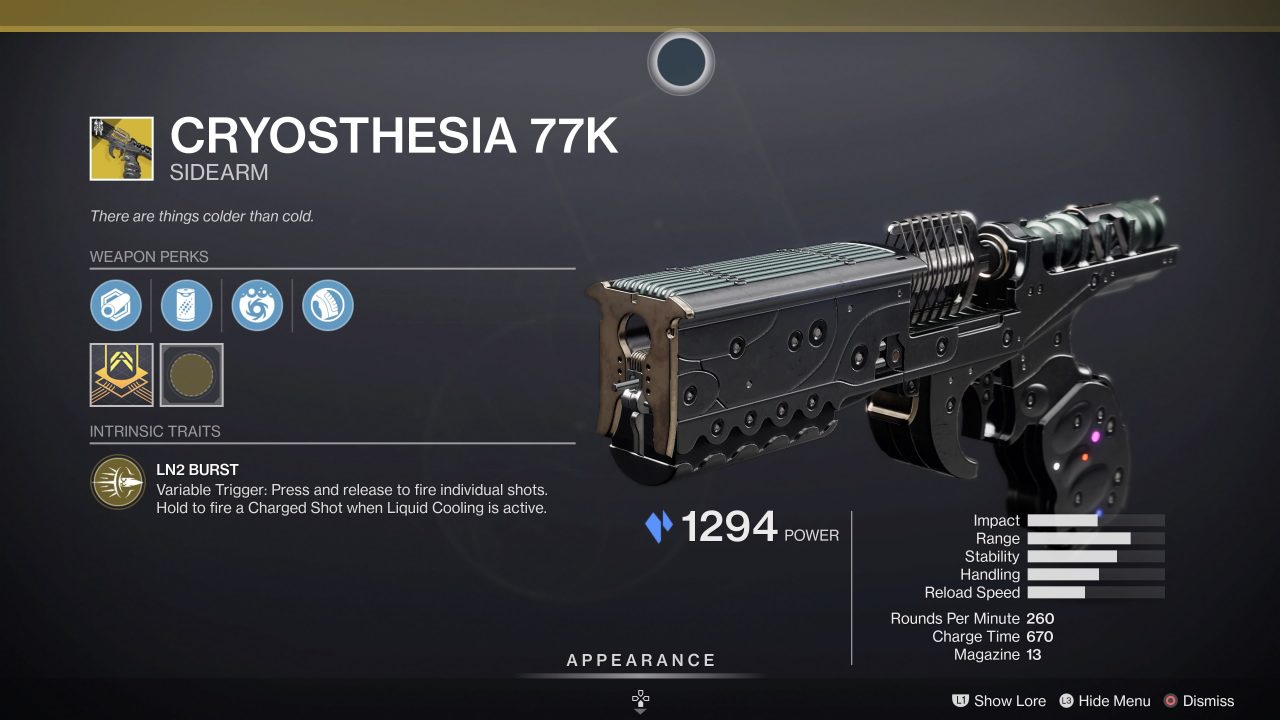 The ‘CRYOTHESIA 77K’ Stasis Sidearm, is the first stasis energy weapon added to the game. It is unlocked as part of the season pass at level 35, for free or unlocked instantly after purchasing the season pass. The Exotic pistol has two perks.

As only the second stasis weapon so far, it will be interesting to see how this CRYOTHESIA 77K fits into this season’s PvP and PvE meta. 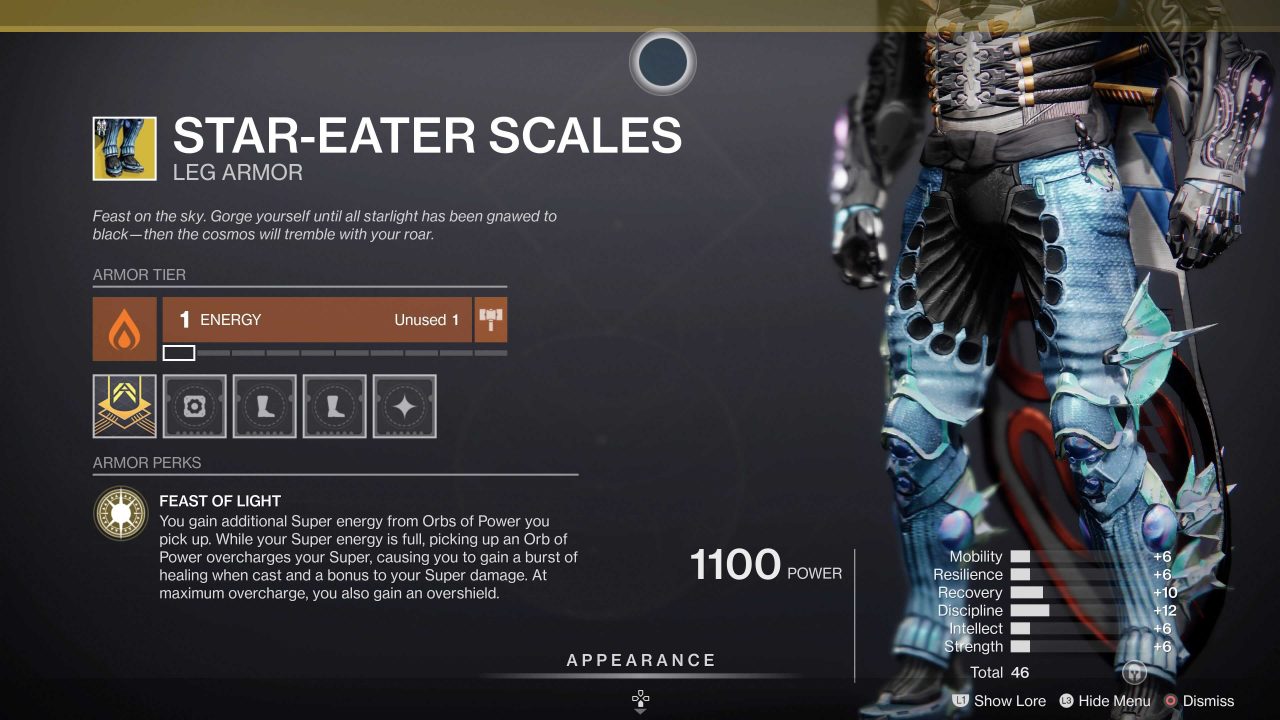 The new Hunter boots have a simple yet extremely powerful perk ‘Feast of Light’. The boots allow guardians to absorb orbs of power, which make their super more potent as well as heal the user upon cast. As an extra cherry on top, when fully overcharged with orbs of power, the user will also receive an overshield upon the cast of their super.

This could prove to be an extremely powerful Hunter Exotic armor piece, shifting the meta in both PvE and PvP.

To get the ‘Star-Eater Scales’ to drop, you must play as a solo Hunter and grind Legend/Master Lost Sector’s, that specify an ‘Exotic Leg Armor’ drop on that day. 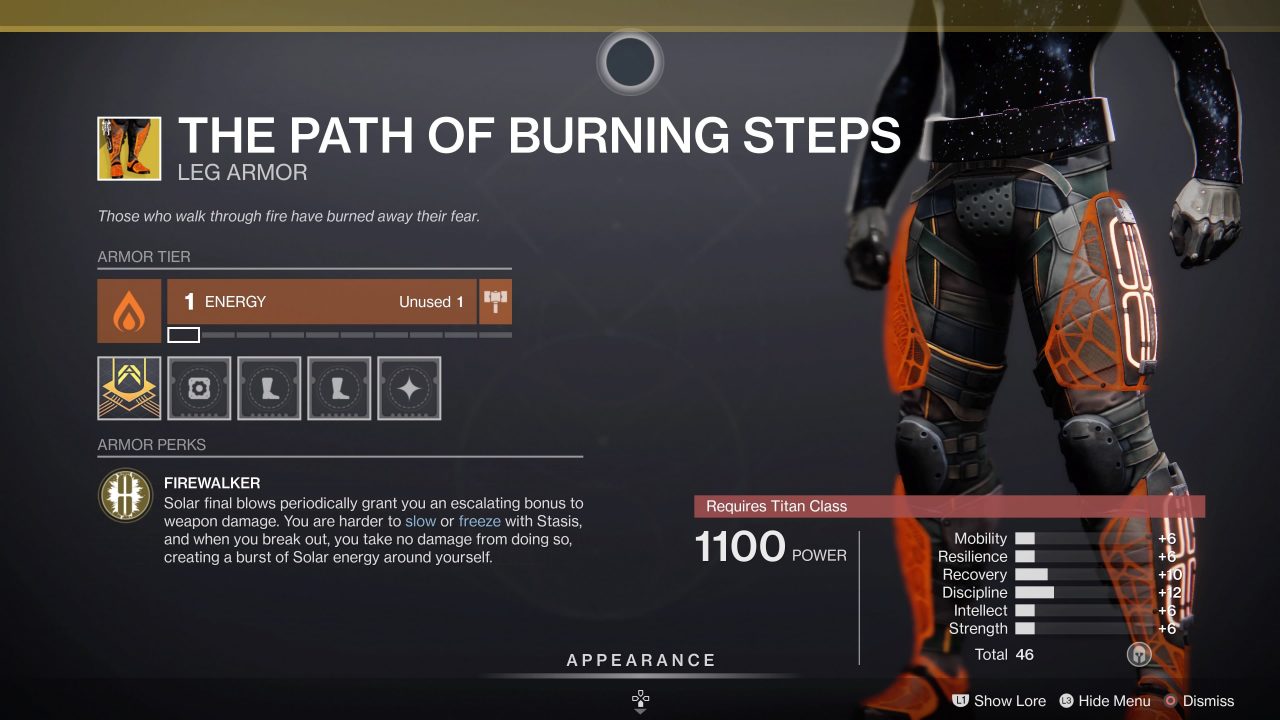 Titans can finally feel like a walking and gun-toting raging fire. The new Titan boots come with the ‘Firewalker’ perk. The perk causes weapon damage to increase with kills and acts as a direct counter to stasis skills, by reducing slowing effects from stasis. The boots further counter stasis abilities, allowing Titans to break out of stasis while taking no damage and creating a Solar explosion around them.

These boots seem to be directly focused on balancing the playing field for Titans and their teammates, against the currently overpowered stasis abilities in PvP. The boots will definitely have an explosive debut in PvP.

To get ‘The Path of Burning Steps’ to drop, you must play as a solo Titan and grind Legend/Master Lost Sector’s, that specify an ‘Exotic Leg Armor’ drop on that day. 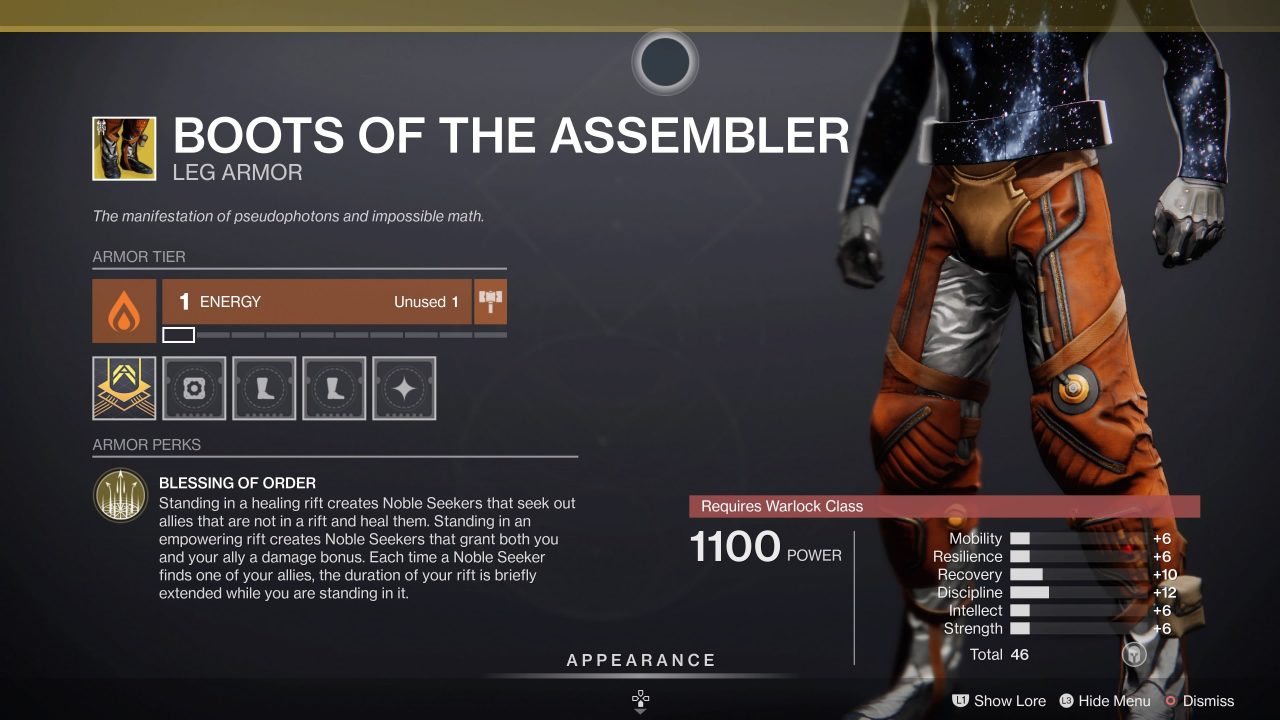 The Warlock boots just like the other two leg pieces, come with a very strong meta-defining perk. The perk ‘Blessing of Order’ manifests Noble Seeking projectiles that chase teammates healing them upon contact. The perk also buffs the user’s weapon damage and Warlock Rift duration while standing in it, for each Noble Seeker tagging a teammate.

These boots may be a top choice for Warlocks when entering the completely reworked Vault of Glass raid.

To get the ‘Boots of the Assembler’ to drop, you must play as a solo Warlock and grind Legend/Master Lost Sector’s, that specify an ‘Exotic Leg Armor’ drop on that day.

Destiny 2 Youtuber Marshix, has posted a very quick and informative guide on how to farm all these new Exotic leg pieces.

Home / Game Guides / All New Exotics in Destiny 2: Season of the Splicer