Destiny 2: How to Get Osteo Striga Exotic SMG

This is definitely going to be nerfed. 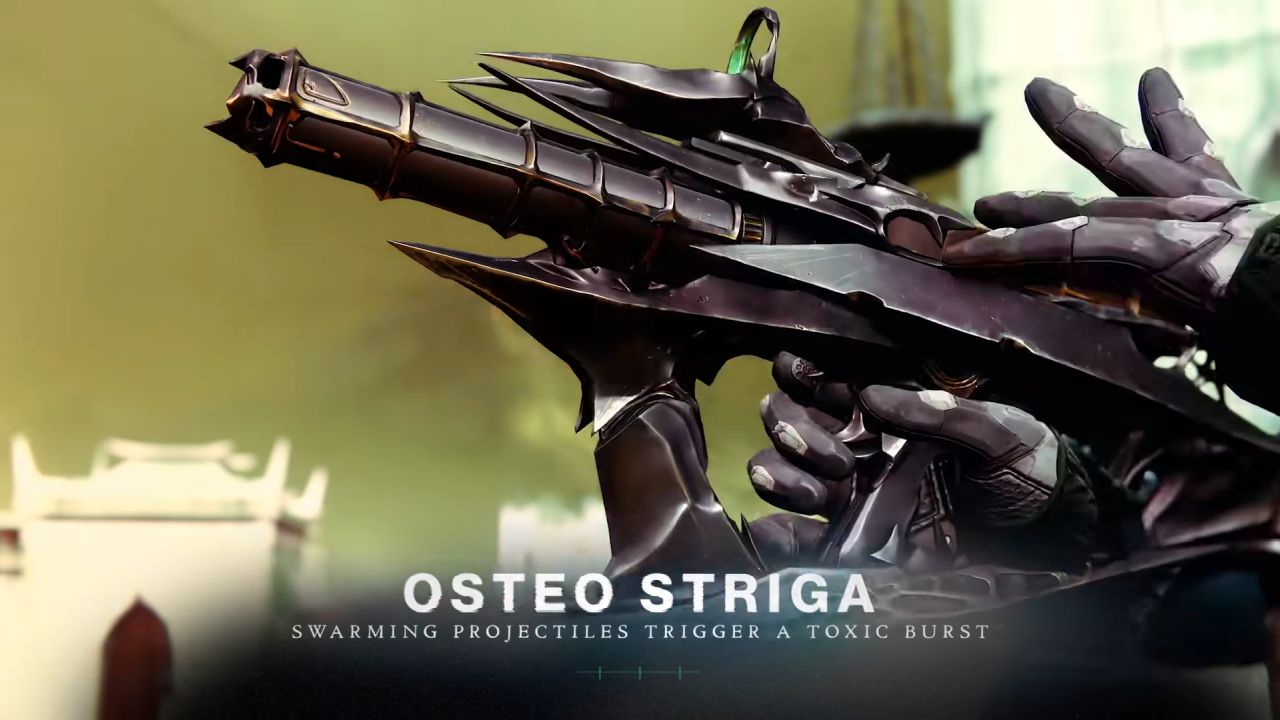 What many Destiny 2 players like to get their hands on are the multiple exotics that can top off their builds in PvP and PvE. We’ve seen some very powerful gear shake up the meta like the ever-popular Vex Mythoclast that has been in the game since Destiny 1 or the more recent Lorentz Driver from the Season of the Lost. Now with the Witch Queen expansion out, there is a slew of new exotics in the mix, including a premium SMG. Here’s how you can get your hands on the new Osteo Striga SMG in Destiny 2.

How to get the Osteo Striga in Destiny 2: Witch Queen

We’ve seen this SMG being used in prerelease footage of the Witch Queen through trailers, and it’s proving to be a rather powerful exotic SMG. It’s very reminiscent of the Thorn thanks to its elemental damage, but it has a few other powerful tricks up its sleeve like spreading the poison damage and having auto-tracking capabilities.

Once you have that done, go over to your Triumphs and get the pattern for the weapon. These are the requirements for crafting the Osteo Striga:

You can then craft the weapon, but you can expand its potential further by getting the catalyst for it. Just rank this beast of a weapon to level 10 with kills in PvP or PvE. Once you do, this will basically clear out mobs with very little effort thanks to its elemental spread and automatic reload on elemental kills.

Destiny 2 is out now for free on PlayStation 4 and 5, Xbox One and Series X/S, Google Stadia, and PC.

Attack of the Fanboy / GAME GUIDES / Destiny 2: How to Get Osteo Striga Exotic SMG