What do you see matey? 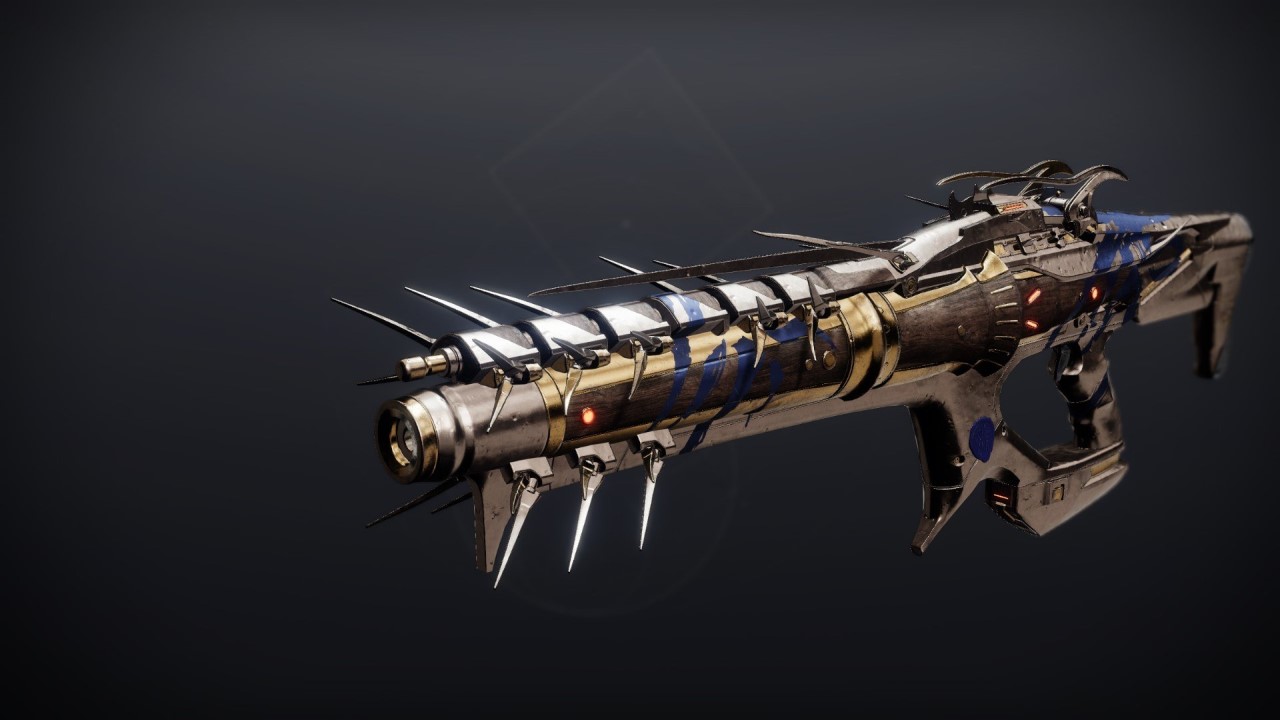 Now let’s cover the perks you will want to use for a god-roll Sailspy Pitchglass in Destiny 2.

PvE is where this weapon will shine the most. While it may not be as powerful as Stormchaser since it does only fire one shot at a time, you do have access to enhanced versions of each perk that can help give this weapon the edge that it needs.

For your first perk slot, you will want to either use Clown Cartridge, Slideways or Rapid Hit. Clown Cartridge is great for letting you have more damage uptime since it will overfill the magazine on reload. This will have you looking at one extra shot on the low end and three extra shots on the highest roll, which can be further improved with the enhanced version of the perk.

Slideways is a solid option to take that will also help with damage uptime since you can quickly slide to partially reload the magazine and gain some stability and handling. Since sliding can be done quite easily you can quickly reload a bit of the mag whenever you want and be out of the way of danger.

Rapid Hit is only a good option if you take Focused Fury for the second perk slot. This is because Rapid Hit improves reload time and stability as you hit rapid headshots making it another option for keeping your damage up. Since it synergizes so well with Focused Fury it is something you should consider taking.

For your second perk slot, you will want to pick either Vorpal Weapon or Focused Fury. Vorpal Weapon is a simple perk as it just adds extra damage to your weapon if you are using it against tough enemies and since that is when you will most likely pull out your power weapon, it is a no-brainer to pick up.

Focused Fury is a perk that rewards your ability to hit rapid headshots with increased damage but you do have to hit half the magazine as headshots for the perk to activate. You will want to pair it with either Slideways to quickly reload a few more shots in the magazine when your perk is on or Rapid Hit so you can have increased reload speed when you activate Focused Fury.

For your muzzle and magazine perks, you will want to pick up Arrowhead Brake and either Accelerated Coils or Enhanced Battery. Arrowhead Brake is a great muzzle for any weapon with high recoil, like a fusion rifle, since it provides a lot of recoil control and a bit of handling.

The magazine choice comes down to whether you want a quicker fire rate but less damage with Accelerated Coils or an extra shot in each magazine with Enhanced Battery.

Getting a god-roll power weapon for PvP is at the bottom of everyone’s list. It’s never a good idea to base your entire build around you managing to pick up the power ammo spawn in any match but since you can easily craft a god roll Sailspy Pitchglass much like the Planck’s Stride, it isn’t a bad option to get.

For your first perk slot, You will either want to pick up Clown Cartridge again or Moving Target. Having extra ammo in your magazine is never a bad idea even in PvP, so Clown Cartridge is a decent pick. While you do get less ammo for this perk to work with, it can be nice to have all the ammo you pick up loaded at once rather than having to slowly reload in the middle of a fight.

Moving Target is a great perk for any weapon you need to aim with in PvP as you get increased movement speed and some extra target acquisition for moving while aiming.

For your second perk, you have two options depending on how you want to use this weapon. You could take Vorpal Weapon and hold onto the power ammo until an enemy uses their super. At which point, Vorpal Weapon will allow you to do extra damage to them and practically kill them with one shot. You could also take Heating Up and use it to quickly pick off multiple guardians.

Once you manage to kill one guardian you gain increased accuracy, stability, and improved recoil control to help you kill a second guardian. This perk can stack twice making the rest of your time with power ammo a breeze.

For the muzzle and magazine perks, you are looking at the same options as the PvE god roll. Arrowhead Brake makes hitting follow-up shots with linear fusion rifles much easier, making it a must-have. You will then want to pick up Accelerated Coils since it already does enough damage to one shot most guardians to the head.

Sacrificing a little damage to fire quicker can help with some of your other perk choices, namely hitting follow-up shots on guardians before they can get to cover. If you need any more help with Destiny 2 make sure to check out our other guides.