Division 2: How to Use Appearance Mods 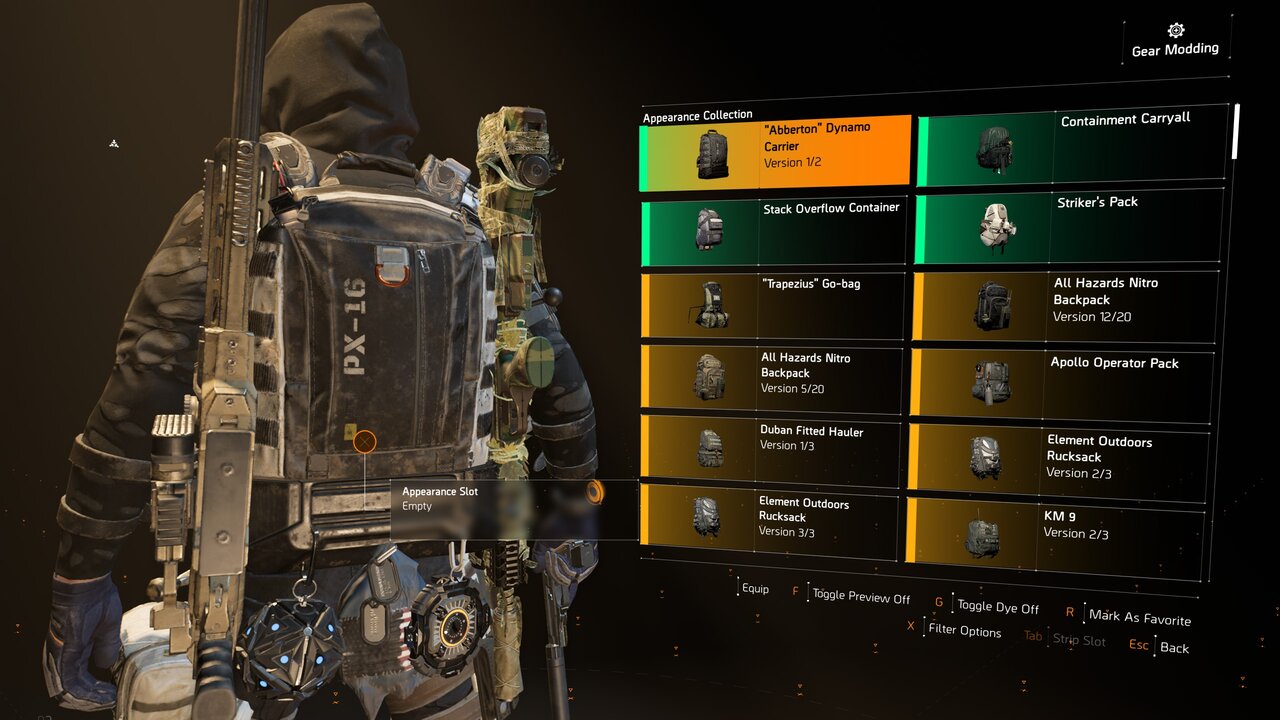 Division 2 Title Update 11 is giving agents a brand new way to customize their avatars in the form of Appearance Mods. The long-awaited feature is akin to the transmogrification systems found in various RPGs and MMOs, allowing players to personalize their look without being restrictively tied to the default style of equipped items. We can all celebrate the fact that targeted build goals will no longer dictate the aesthetics associated with the player.

Previously, players were at the mercy of gear designs if the piece was desired for their character build. Even with gear dyes and the slew of Apparel Events that have brought in loads of cosmetics, it’s not uncommon to bump into another agent decked out in the same six pieces that sit atop the stat-less clothing. Thanks to Appearance Mods, every piece of gear — mask, chest piece, holster, backpack, gloves, and kneepads — can be made to look like a completely different option without sacrificing hard-earned god roll Talents and Attributes. The disguised gear maintains its original stats.

As you can see in the image above, some gear possess multiple variations. For example, there are three listings for “Big Drum” Body Armor (Version 1/3, Version 2/3, Version 3/3) with the only discernible difference being the camo present on the chest piece. Chances are it will be a long while before your virtual closet is brimming with all available options.

There are a couple restrictions of which players should be aware. Exotic gear is barred from the new system. Take the Coyote’s Mask exotic, for instance. No mask can be modified to look like Coyote’s Mask nor can the exotic be made to look like any other mask found in the Appearance Collection. Also, the Appearance Mod slot is restricted to the aforementioned gear categories, meaning weapons are not included. Your P416 won’t suddenly mirror the design of a CTAR-21.

That’s all there is to it. You can now adorn your agent with the finest designs (or the worst, if you’re into creating abominations) with the help of Appearance Mods. For assistance with everything else in Division 2, head on over to our guide hub.

Home / Game Guides / Division 2: How to Use Appearance Mods