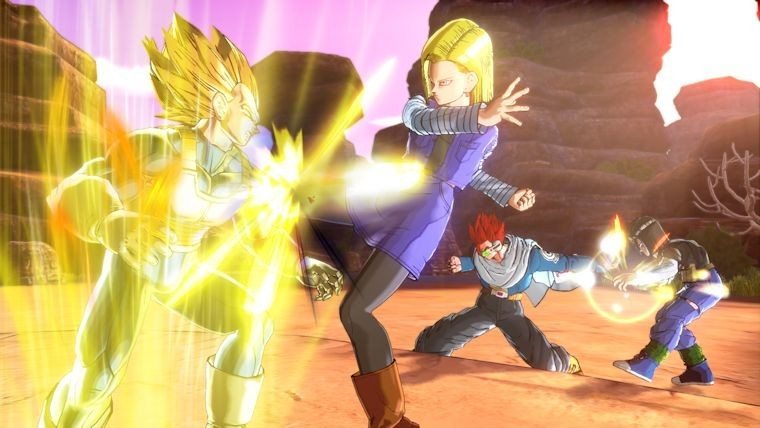 Dragon Ball Xenoverse may not be the best Dragon Ball related game ever, but it definitely is the best in many years and gives us a lot of hope for the future. Giving players the opportunity to finally create their own character and revisit the classic moments of the franchise with a twist is central to the game, with the choice from five different races. Naturally, the Saiyan race has to be the most popular of them all, so that also means the most sought after abilities are those related to Super Saiyan.

The latter is just by simply purchasing the ability from the Skill Shop for 100,000 zeni, but on top of having to spend so much on it, you also have to wait until the conclusion of the Buu saga, which is very far into the game. Also, you are going to have to spend much more time training in advance to beat these stages without the use of Super Saiyan 2.

That is the reason why the second available option is much more attractive, though it can get pretty frustrating due to its random nature. After finishing up the Cell Saga, you will have access to a Parallel Quest known as “Multiple Cell Jr. Hunt.” Complete this Parallel Quest to then unlock the one we really need titled “The Cell Games Begin.”

Rather than the story where you are on the side of good, this Parallel Quest puts you in the place of Cell, as he squares off against pretty much every Z-Fighter, including even Hercule. Specifically, you will face off against Hercule, Krillin, Yamcha, Tien, Vegeta, Super Saiyan Trunks, Piccolo, Super Saiyan Goku, and Teen Gohan. Just defeating all of these enemies will not get you this ability, but instead you must make sure that Teen Gohan is the only person left. This means taking out Goku and Piccolo, and if you are down to just Gohan, there is a chance he will go Super Saiyan 2. This is kind of random and will not always happens, but if he does, you may get the Super Saiyan 2 ability drop as a result.

This is kind of annoying that it is only a chance that this might happen, so you may have to play the Parallel Quest multiple times until you get the Super Saiyan 2 ability. Be vigilant and follow these steps and the odds of it dropping are pretty good within at least a few tries. Otherwise, you can just go with the other route and buy the ability for 100,000 zeni as said above.