Dragon Ball Z: Kakarot – How To Beat Dodoria As Vegeta

Round two against Frieza's first minion. 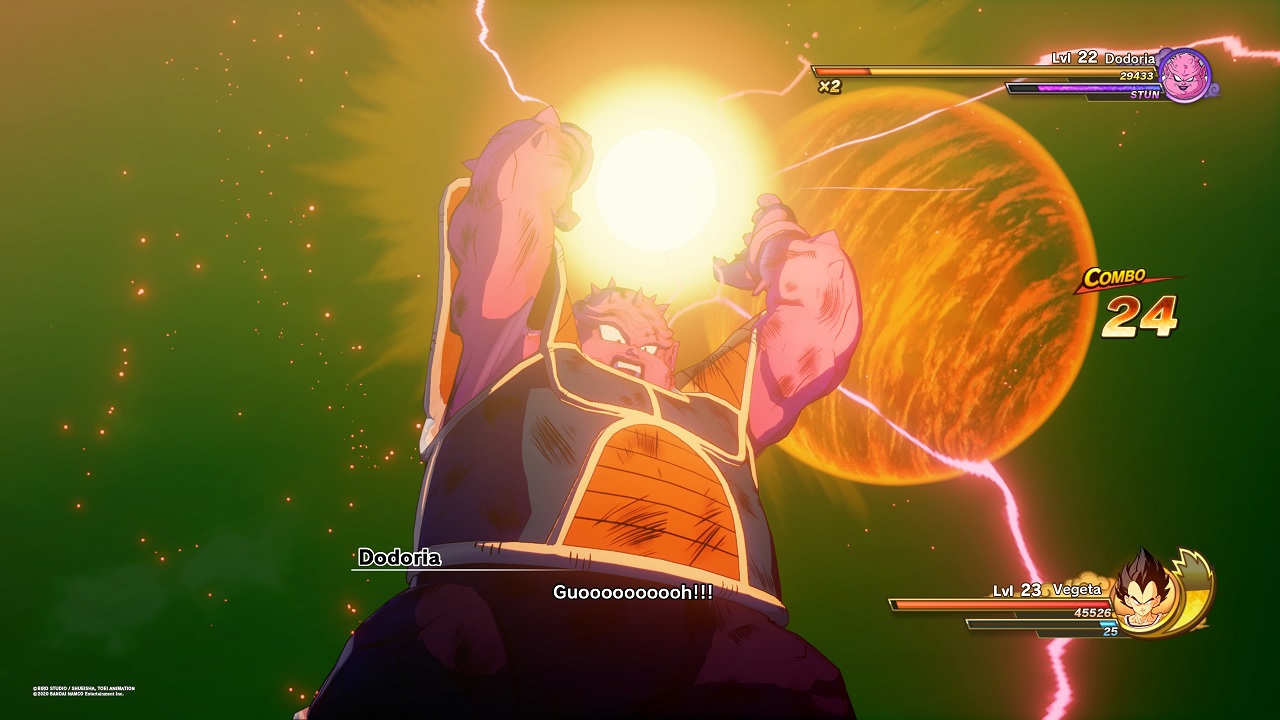 Vegeta may get to toy around with Cui soon after you gain control of him for the first time in Dragon Ball Z: Kakarot, but there really isn’t much to worry about with that fight. His first challenge does not come until a little later after Gohan and Krillin have faced Dodoria, with them failing to defeat Dodoria and just managing to hold him off. Vegeta comes into the fight ready to kill immediately and this guide is going to help you to pull that off.

How To Beat Dodoria As Vegeta

As mentioned above, you will have already beaten Dodoria in battle with Gohan, but Vegeta is ready to crush him. Dodoria isn’t really any different against Vegeta here, so reading the guide on how to beat him with Gohan first should help here.

Just like with Gohan, you have to watch out for Dodoria’s Crushing Fist first and foremost, as it’s his most dangerous attack. If you are able to properly dodge the attack, this opens up a window like before to attack. With Vegeta especially, this leaves him wide open to use your Galick Gun attack, which can deal some major damage. It can be hard to connect with Galick Gun otherwise, so this is a good opportunity to use it.

In some ways this fight will be easier due to Vegeta being stronger and a higher level. However, you also do not have a support character to help you out. Krillin’s Solar Flare was especially helpful in the first fight, so you’ll just have to manage without it. As long as you keep dodging his major attacks and attack with your own, Dodoria shouldn’t pose too much of a threat for you.