Dragon Ball Z: Kakarot – How To Beat Nappa As Goku

Goku is back and stronger than ever. 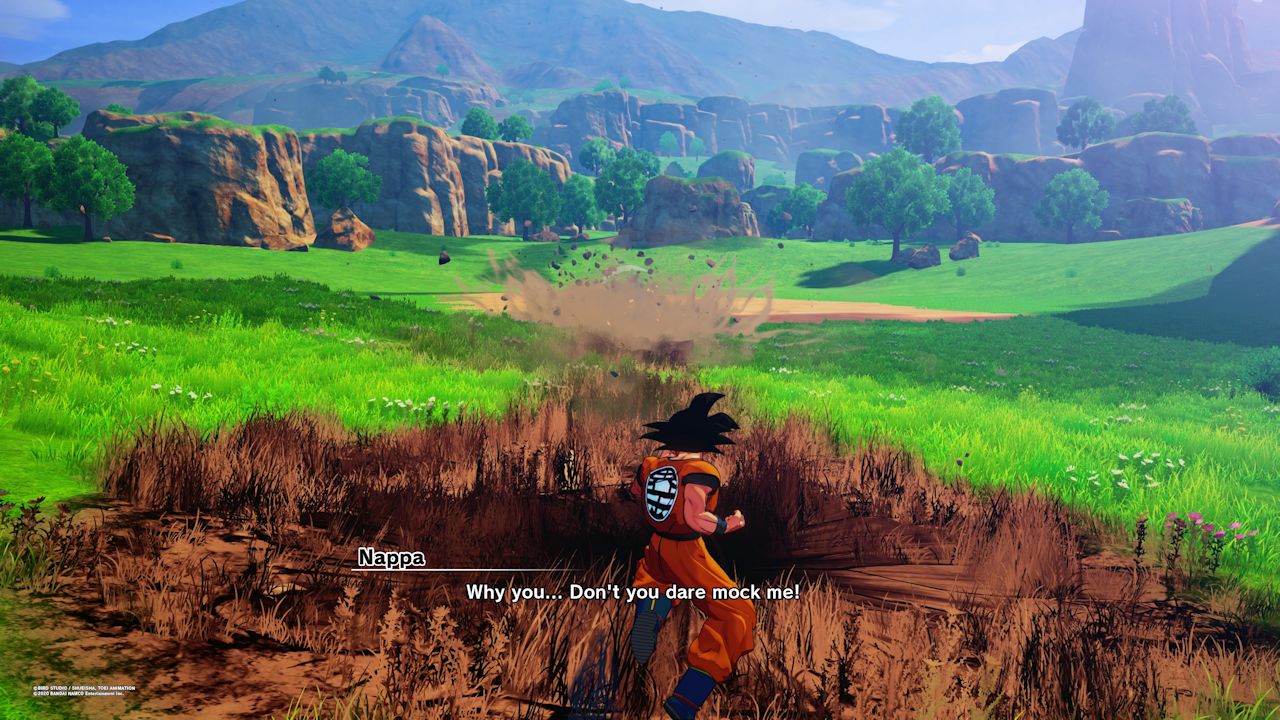 Nappa and Vegeta were unlike any enemies Goku and his friends have faced to date when they arrived on Earth, but Goku was still making his way back down Snake Way. This led to Gohan, Piccolo, Krillin, Tien, Chiaotzu, and Yamcha having to hold the line in the meantime. Things did not go too well either, as all but Gohan and Krillin were killed in the process. Goku finally arrives and is very angry at the death of his friends and takes out his frustrations against Nappa in battle.

How To Beat Nappa As Goku

Nappa enters this fight thinking Goku is a weakling, but he is about to be in a rude awakening with the power boost that Goku has. That also means this fight is going to be a lot easier for the player than the previous ones with Gohan.

The basic setup for the fight is the same as the one with Gohan, which you can read about in detail in that guide. It does seems like Nappa ends up using his super attacks even more frequently in this fight than before however.

His super attacks still consist of Arm Break, Giant Storm, Sonic Storm, Blazing Storm, and Giant Bomber DX, with Giant Storm and Blazing Storm still being the most dangerous. As soon as you see him try to cover the arena with either attack, fly as far out to the edges as you can until the attack is over.

With Goku’s power boost from King Kai’s training, Nappa shouldn’t pose you too much of a problem, especially after surviving the previous fights as Gohan.