How should you handle this early side quest? 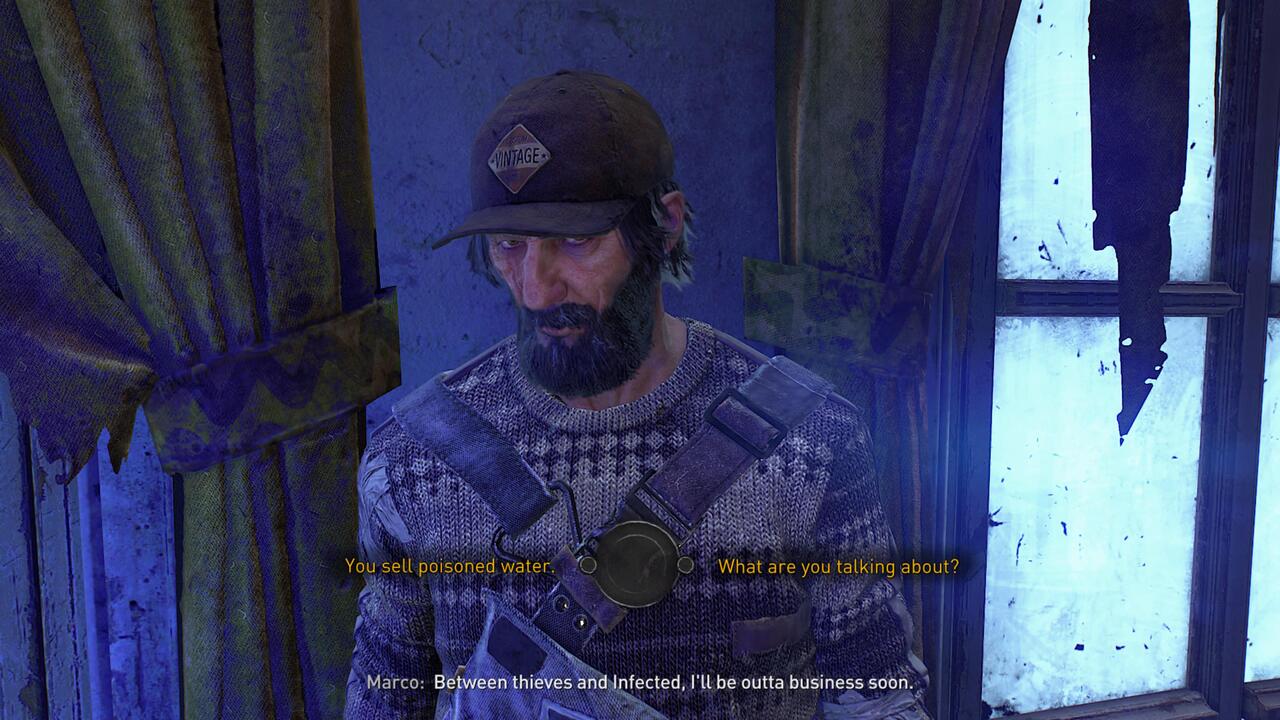 The Cheers quest is one of the first side quests you’ll find in Dying Light 2. This quest centers around a poisoned water scandal in the Bazaar. Julian, a vendor in the Bazaar, has been accused of selling poisoned water to unknowing customers. He claims that it’s not his fault but the fault of his water supplier, Marco. Now, it’s up to you to figure out the truth and decide who’s to blame. This is a serious crime, so the Bazaar will want somebody to hang for it. Here are all the choices and outcomes for the Cheers quest in Dying Light 2, including what you should do with Marco.

Should You Choose Marco or Julian in the Cheers Quest in Dying Light 2?

When you first accept the quest, you’ll have to seek out Hans, who has some of the poisoned water with him. Thankfully, he hasn’t drunk any of it yet. With that out of the way, it’s time to find Marco. You can find him hiding in a boarded-up building in Old Villedor. After clearing out some infected for him, he tells you the full story.

A zombie fell into his water supply and he left the contaminated water there as a trap for potential bandits. That water somehow ended up at the Bazaar, leading to the current situation. Marco says he’ll offer you some of his flour and additional rewards if you don’t tell the Bazaar what happened, but you can also choose to deny his offer and tell them the truth. Here’s what happens in each route. 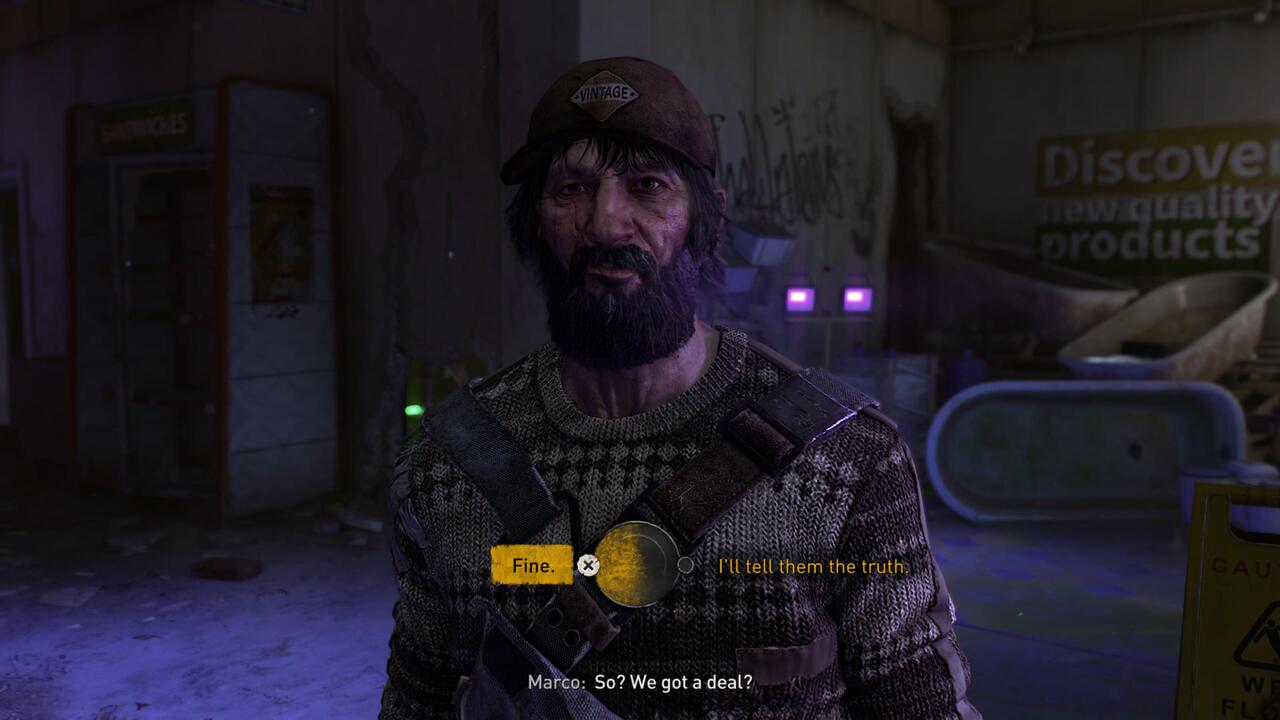 Side With Marco and Agree to the Deal

If you say “fine” and agree to Marco’s deal, then the quest will end immediately. You’ll get a bunch of Combat and Parkour XP as well as the aforementioned flour and some cash. However, as we said above, the Bazaar will want someone to hang for this crime, and it looks like Julian is in trouble when you head back there.

When you talk to the angry Survivors surrounding Julian, you won’t be able to do anything but lie in Marco’s defense and say the supplier’s water was clean. This leads everyone to believe that Julian is fully guilty of selling poisoned water, and he will be killed because of it.

Side With Julian and Tell the Truth

If you decide to tell them the truth, then Marco won’t go down without a fight. This will lead to a small boss fight against Marco, which can be quite difficult this early in the game. He uses a lot of power attacks, so be ready to dodge when he swings at you. After defeating Marco, you can loot his corpse to get some of that flour he offered you earlier.

With Marco out of the picture, you can go back to the Bazaar and clear Julian’s name. You’ll get some XP and cash just like you would have gotten if you would have gone the other route, only this time, Julian will not hang for this crime. This is the best route to take, even if it involves a boss fight, as Julian survives and the true culprit gets what he deserves.