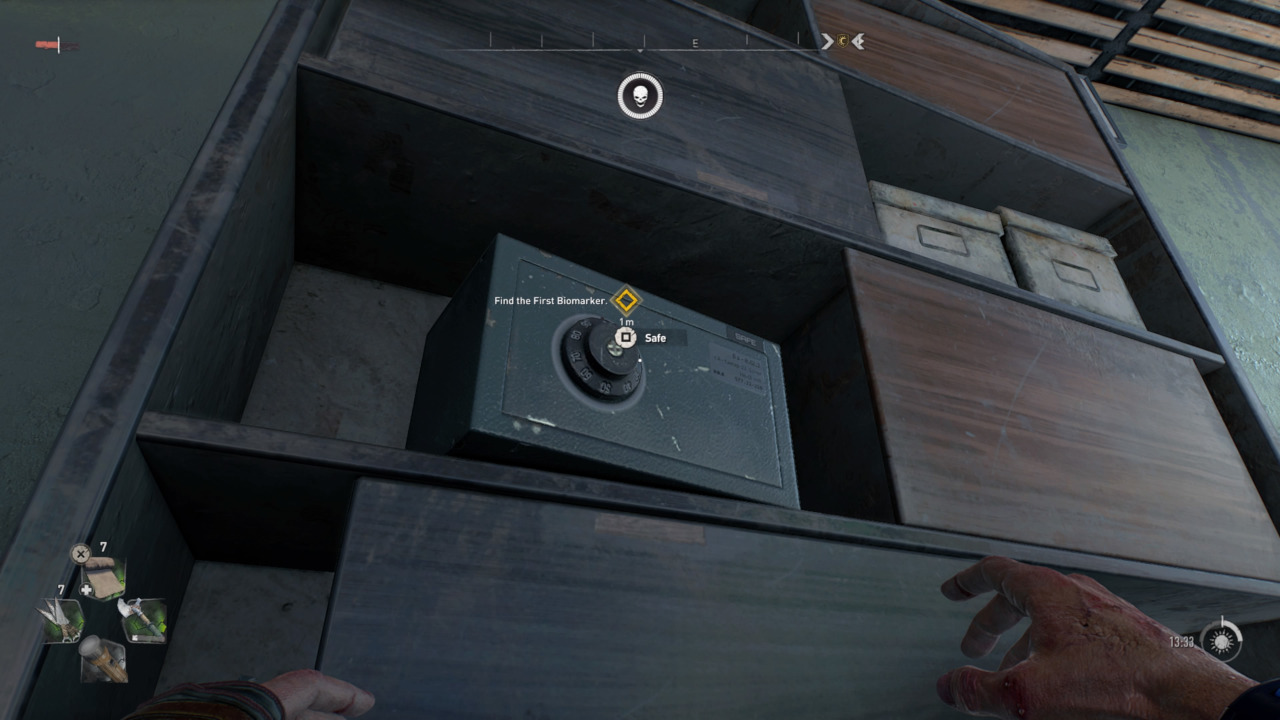 If you’ve been playing Dying Light 2 since the release this past weekend, you’ve likely been scouring for supplies and tools for survival.  Chances are you’ve gone even a small bit into the story as well, with mentions of Biomarkers that can make you stronger and faster.  Among the earliest instances in which you can get one of these is a quest given in Trinity, called The First Biomarker.  Much like other safes in the game, this one has the solution provided to you, albeit in the form of a riddle.  Here’s How to Find and Open the First Biomarker Safe in Dying Light 2. 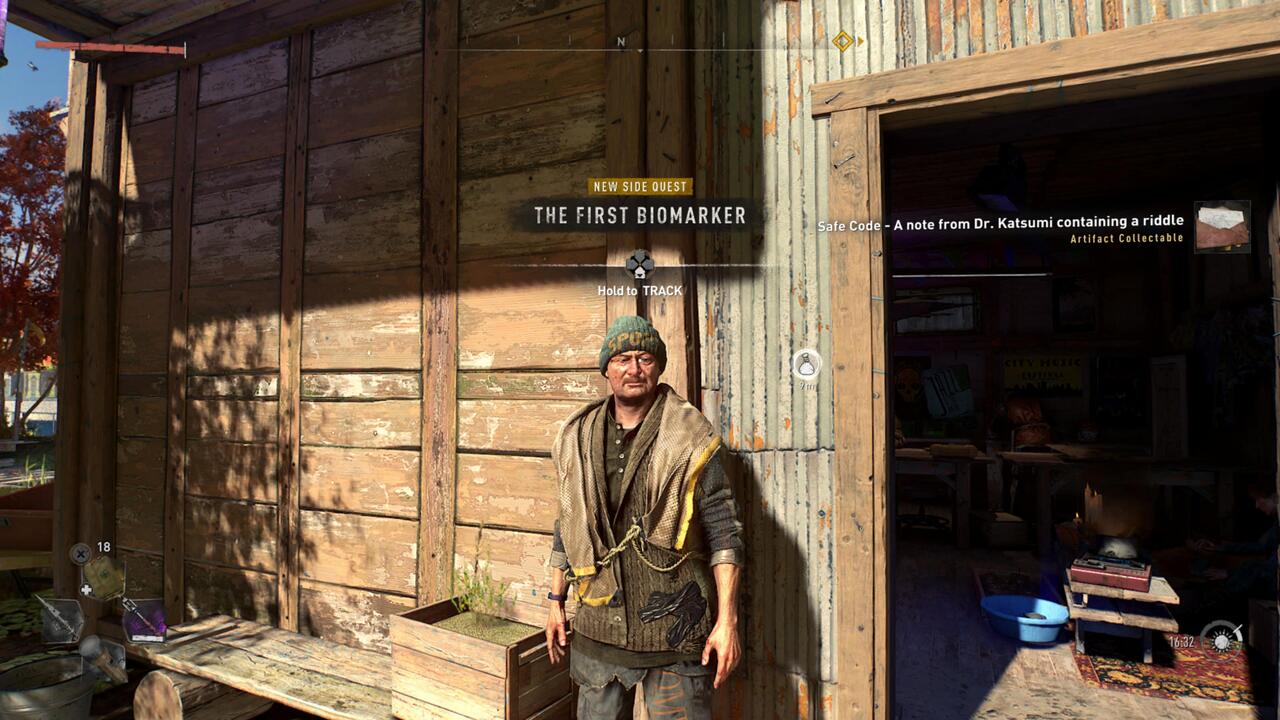 In the Trinity territory, just northwest of Bazaar there is a Trading Post along the westernmost edges of the area bordering with Houndfield.  Directly next to the marker on the map you’ll find a man named McGregor, and if you speak with him he will tell you about the Biomarkers being put away for safekeeping.  He tells you of the location, the St. Joseph Medical Center nearby which is adorned with noticeably green designs along the outer walls.  Just along the sides, you’ll see a makeshift ramp next to a patch of broken wall you can climb and then jump to the nearby ladder to the right.  Once you’re at the top of the ladder, keep going just along the left side until you see a broken window with some yellow tape hanging, and climb inside.  Just on the bookshelf on the other side of this room, you will see the safe.

McGregor will have given you the code verbally but you can also see the note left by Dr. Katsumi, who locked it away.  It’s a simple riddle that can be solved accordingly: 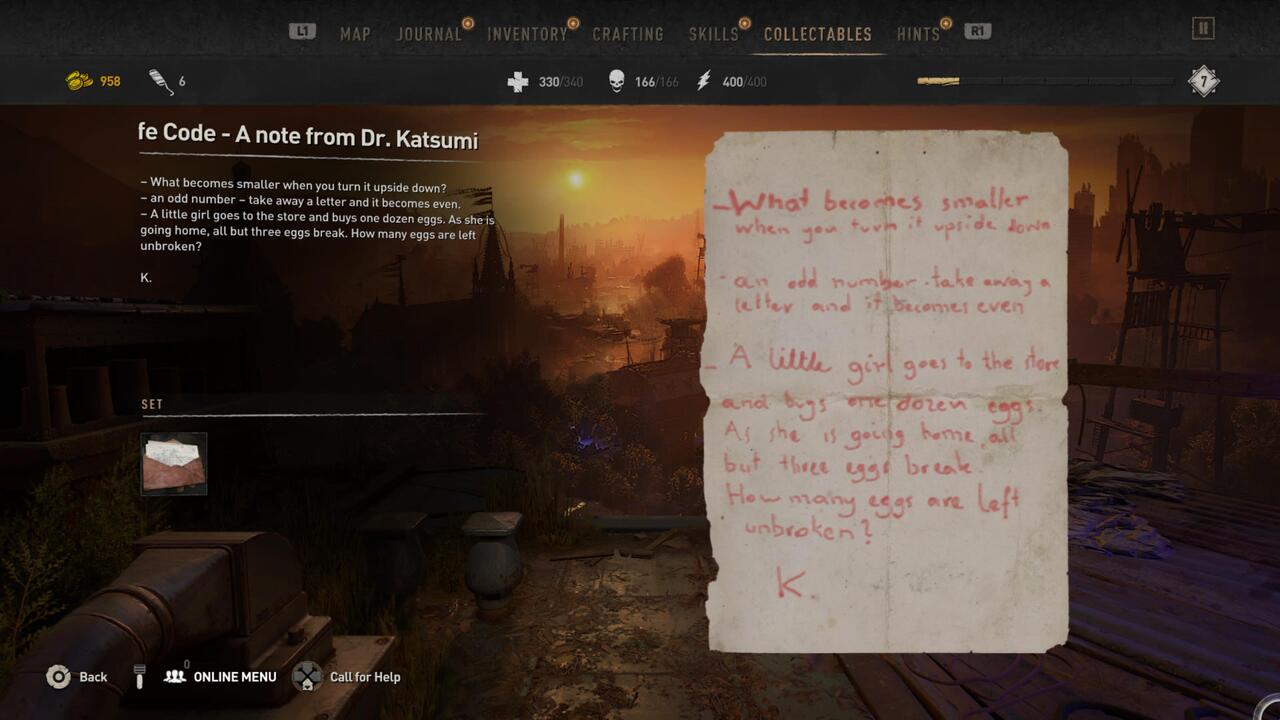 The solution is 9-7-3.  The riddle is fun but rudimentary, and a nice introduction to how most safes will be approached throughout the game.  If you flip 9 upside down, you get the smaller number 6, 7 without the ‘s’ becomes ‘even’, and the last riddle is simple if you read closely, all but three eggs break, therefore 3 eggs are left unbroken.  Upon getting the Biomarker, return it to McGregor and you’ll gain an Inhibitor you can spend toward upgrading your abilities and a GRE Personnel memo you can view in your Collectables menu.  The rewards are worthwhile, and also necessary from a completionist standpoint.

This concludes our guide on How to Find and Open the First Biomarker Safe in Dying Light 2.  For more great guides like this be sure to check out the links below, you’ll want to know as much as you can to survive the nights in Villedor.