Elden Ring Guts Greatsword Location: How to Get Berserk Greatsword

A touching tribute to a legendary series. FromSoftware games have always taken heavy influence from Berserk, and there’s a Greatsword in Elden Ring that takes that inspiration to the next level. The standard Greatsword, which can be acquired quite early in the game, bears a striking resemblance to the giant sword wielded by Guts in Berserk. As if the design wasn’t obvious enough, the weapon’s in-game description outright confirms that this is indeed a Berserk reference. For those of you who want to do a full Strength build based on Guts, here’s where to find the Berserk Greatsword in Elden Ring.

The Berserk Greatsword is located in the Caelid region, which is to the east of the starting region of Limgrave. It’s filled with tough enemies and high-level opponents, but you thankfully do not have to venture too far into the area to find the sword. The Greatsword is located in a chest on the back of an abandoned carriage that can be found along the road between the Caelum Ruins and Rotview Balcony Sites of Grace. You can see its exact location on the map below. 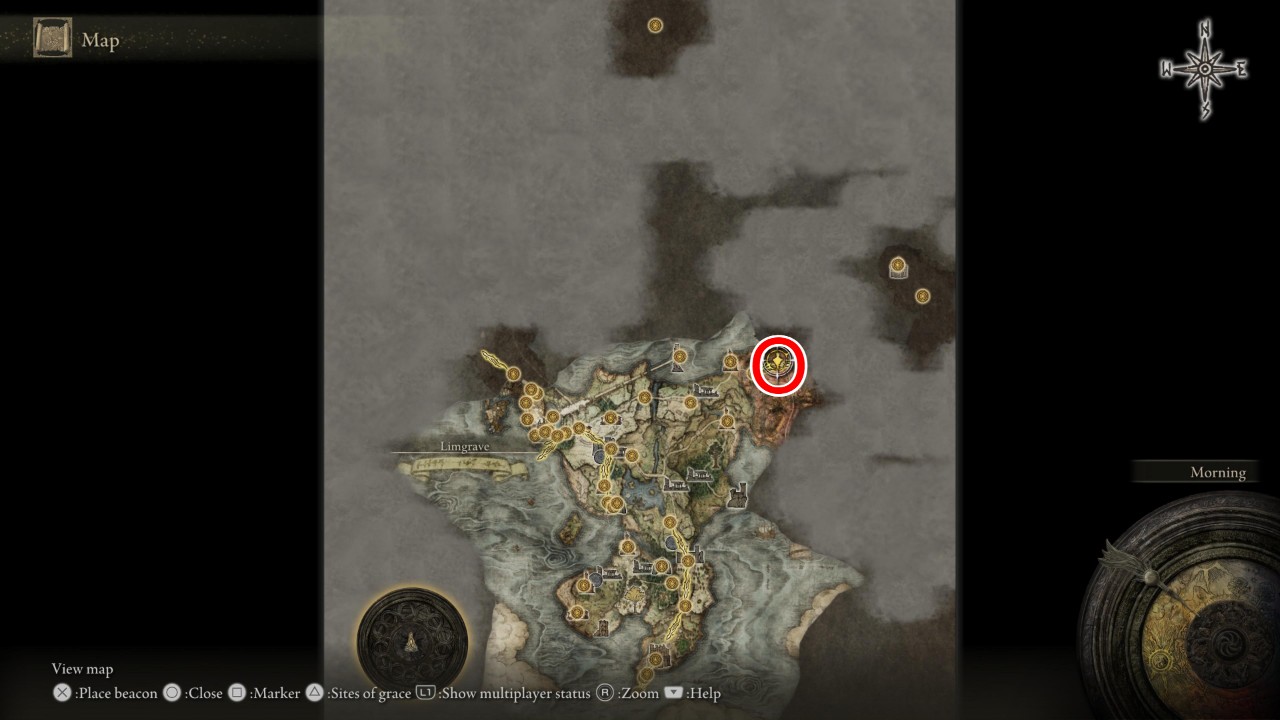 The area surrounding the carriage is patrolled by giant bloodthirsty claws and huge crows with razor-sharp talons, so take caution when approaching, especially if you’re still at a low level. You can run past them and grab the chest without being seen though, so that may be the best course of action. Thankfully, there’s a Stake of Marika nearby for you to revive at in case you end up getting killed by the patrolling enemies.

To obtain the weapon, just climb onto the back of the carriage and open the chest to reveal the Greatsword. While it may not be as powerful as some other colossal swords like the Grafted Blade Greatsword, it still packs quite a punch. It deals 164 damage without any upgrades and scales really well with Strength, making it perfect for Strength-centric builds. Its special ability is called Stamp, which delivers a devastating upward cut to your foes.

Attack of the Fanboy / GAME GUIDES / Elden Ring Guts Greatsword Location: How to Get Berserk Greatsword