What secrets lie in this moonlit tower? 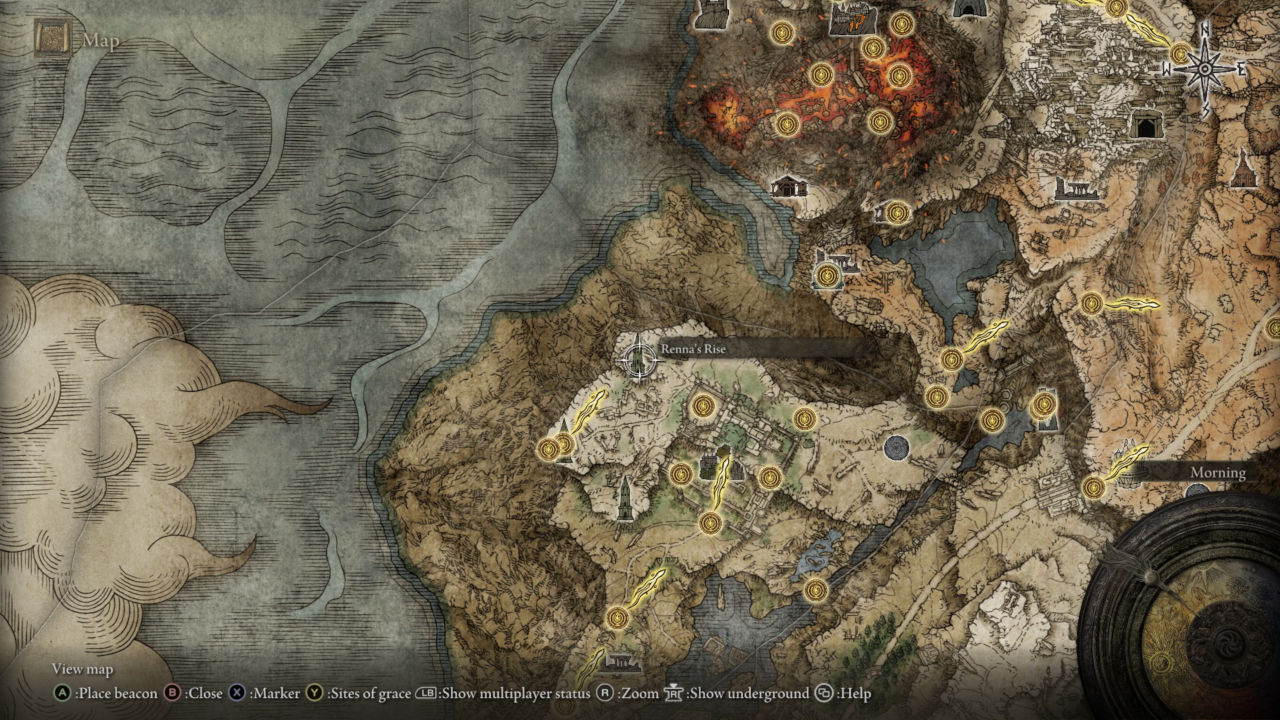 There are hundreds of areas for Elden Ring players to explore, but not all of them are available immediately. One location, Renna’s Rise, will be locked to anyone first visiting the area near it. Unlike other “Rise” towers in the game, getting inside is more difficult than solving a simple puzzle. The only way to open Renna’s Rise is by completing a massive questline involving numerous NPCs and tough bosses.

How to Open Renna’s Rise

The only way to access Renna’s Rise is by following Ranni’s questline. By agreeing to serve her, she will ask you to seek the lost treasure of Nokron. This leads to a series of events involving you and her followers, featuring tough boss fights and new, mysterious locations. Once you find the hidden treasure, Ranni will give you a statue that allows access to a new area. Follow the statue’s guidance and complete this area, and you should be able to access Renna’s Rise by the time you come back.

There is a chest inside the tower that contains a special armor set. Additionally, a portal can be found at the tower’s top floor that allows you to continue Ranni’s questline. This eventually leads to a powerful weapon as your reward, so anyone interested in upgrading their arsenal should continue onward. There aren’t many reasons to come back to Renna’s Rise, though; other than the portal and the armor set, there’s nothing else to be found inside. Additionally, the rewards are not too useful for players looking to take full advantage of Strength or Faith. Everything gained from this quest ends up being more relevant for sorcerers than anyone else.

Despite the lack of rewards for varied classes and playstyles, opening Renna’s Rise is key to following Ranni’s quest. Doing so will unlock an alternate ending for the game, so players should take note of this location no matter what build they use.

Attack of the Fanboy / GAME GUIDES / Elden Ring: How to Open Renna’s Rise