Elden Ring: Should You Serve Ranni or Not?

Should you help her with her quest? 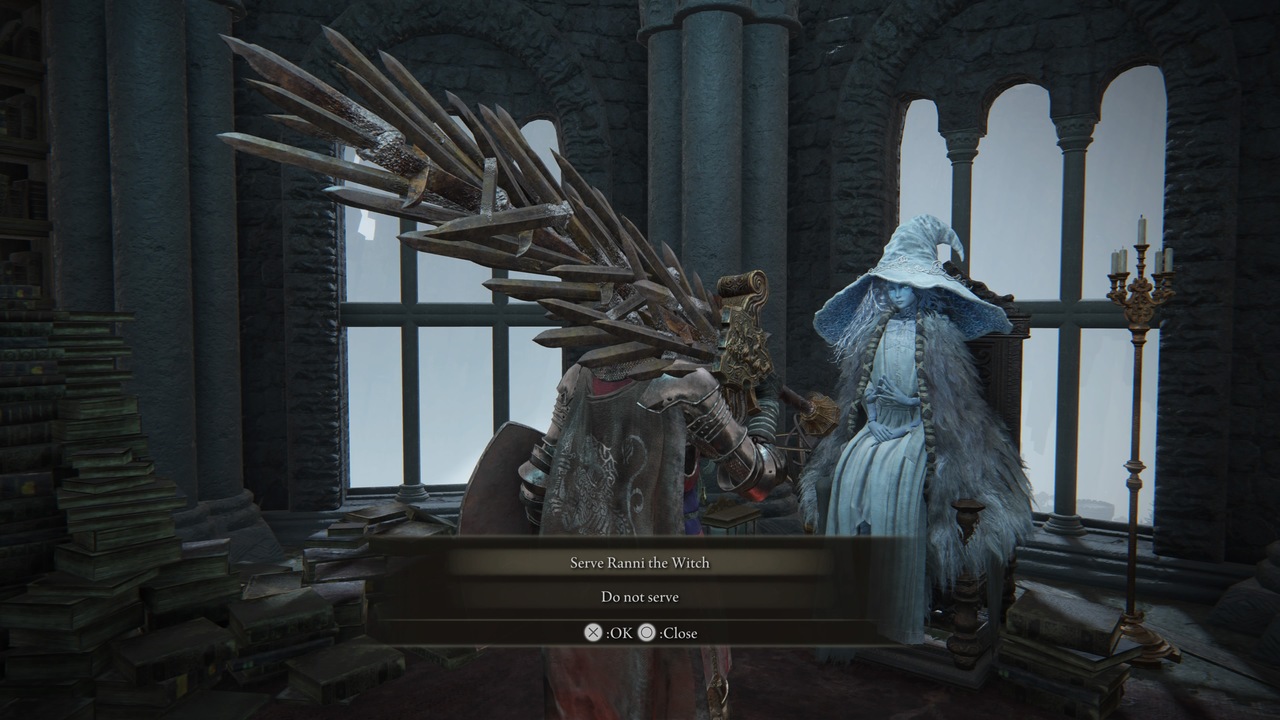 Ranni the Witch is one of the strangest characters in all of Elden Ring, and every Tarnished who comes across her at Ranni’s Rise has second thoughts about serving her. Pledging yourself to a character is a serious commitment in Elden Ring and other From Software games, potentially locking you out of certain questlines or even certain endings in some circumstances. However, Ranni and her companions — Blaidd the wolfman and Seluvis the sorcerer — could be key allies on your quest to become Elden Lord. So, should you serve Ranni the Witch in Elden Ring?

Should You Serve Ranni the Witch in Elden Ring?

Yes, you should choose to serve Ranni in Elden Ring. While there aren’t any downsides to not serving Ranni, your game can go in a radically different direction if you do choose to serve her. Not serving Ranni allows you to continue your journey like nothing ever happened, chasing after the Erdtree as you were before.

However, if you enter Ranni’s service, you open up one of the game’s largest and most complex questlines with a cast of interesting characters to meet. You can always come back later and choose to serve Ranni at another time if you don’t want to commit immediately.

If you decide to serve Ranni, then you’ll be sent to extraordinary optional areas that you never would have seen otherwise. Of course, you can always stumble upon these areas naturally without ever speaking to Ranni, but a bit of direction is nice sometimes. Serving Ranni also opens up the door for a potentially different ending based on some choices you can make later in the game. You aren’t locked into anything at this point in the story, it’s just another potential route you can take later on.

However, there are some instances where Ranni will not let you serve her even if you want to. There are prerequisites that you must meet in order to enter her service, namely defeating Starscourge Radahn in Caelid or Rennala, Queen of the Full Moon at the Raya Lucaria Academy first.

Attack of the Fanboy / GAME GUIDES / Elden Ring: Should You Serve Ranni or Not?