Elden Ring Blaidd Questline Guide: All Locations and Steps From Start to Finish

This is the complete story of Blaidd in Elden Ring. Blaidd the Half-Wolf is one of the most fascinating characters in Elden Ring, but the steps necessary to complete his questline can be a bit obtuse for most Elden Ring players, especially if they’re going in blind on their first playthrough. Missing out on Blaidd’s story is a bummer, so this guide will explain how to finish his questline from start to finish. The story spans the entire game, so you’ll see your canine companion several times throughout your adventure. Here’s everything you need to know about Blaidd’s questline in Elden Ring. There are obviously spoilers below.

There are 11 steps necessary to complete Blaidd’s questline in Elden Ring, with the first step available right at the start of the game and the final step not available until near the end of the game.

If you progress far enough in the story without speaking to Blaidd, you can skip portions of his questline accidentally. For example, meeting Ranni without meeting Blaidd at the Mistwood Ruins will advance the questline past that step, meaning you’ll miss out on the Darriwil fight and other story beats. It’s best to keep in frequent contact with Blaidd through the game.

1. Speak to Blaidd at Mistwood Ruins

To initiate the Blaidd quest in Elden Ring, you have to meet him at the Mistwood Ruins in Limgrave, where you’ll hear a mysterious wolf howling. If you return to Merchant Kale at the Church of Elleh from the start of the game, he’ll teach you the Finger Snap gesture and explain that you can use it to summon the howling wolf in the Mistwood. With the gesture unlocked, return to the Mistwood Ruins and use the Finger Snap when you hear a howl to call Blaidd to your position. This will set the questline in motion.

Blaidd will appear and tell you that he’s hunting for a man named Darriwil, who can be found at the Forlorn Hound Evergaol in Limgrave. You can see the exact location on the map below. Proceed to the Evergaol and summon Blaidd using the golden summoning sign on the ground before starting the fight. With Blaidd by your side, Darriwil should go down easily. If you’re struggling, check out our Bloodhound Knight Darriwil boss guide. With Darriwil slain, Blaidd will go to Ranni’s Rise in Liurnia. He invites you to come and find him and tells you to find Blacksmith Iji along the way.

Ranni’s Rise is located in the Three Sisters, an area in Liurnia that can only be accessed through Caria Manor in the northwestern region of the map. After clearing Caria Manor, you will find the witch Ranni in Ranni’s Rise. Agreeing to serve her will start Ranni’s questline, and it will also allow you to continue Blaidd’s story.

Ranni will introduce you to Seluvis, Iji, and Blaidd. Make sure to talk to all of them and exhaust all of their dialogue options, otherwise you’ll be stuck in Ranni’s Rise until you do. Blaidd will tell you to meet him at the Siofra River Well next, which is in the Mistwood in Limgrave.

The Siofra River Well is located near the Minor Erdtree in the Mistwood in Limgrave. It will take you underground to the Siofra River region where Blaidd is waiting. Blaidd is already deep into the zone, so you’ll have to fight your way to the Hallowthorn Grounds before you can find him. Once you’ve made it to the open area of the Siofra River, Blaidd can be found near the cliff’s edge. Check out our Blaidd Siofra River location guide for more information. He’ll tell you that he’s hit a dead-end when it comes to your search for Nokron, and he recommends that you return to the Three Sisters and seek Seluvis for advice.

5. Talk to Seluvis at Seluvis’s Rise

Returning to the Three Sisters, you can find Seluvis in Seluvis’s Rise, which should now be accessible to you. He’ll tell you that a Sorceress named Sellen may have more information, and he asks you to deliver Seluvis’s Introduction to her since you’re going to see her anyway.

Sorceress Sellen can be found at Waypoint Ruins in Limgrave. You can see her exact location on the map below. You’ll have to enter the Waypoint Ruins Cellar and defeat the Mad Pumpkin Head boss in order to reach her, but this should be an easy fight for most players. Sorceress Sellen will explain that you must defeat Starscourge Radahn in order to gain access to Nokron, which is great because Radahn has another Great Rune for you to collect anyway. With this information, it’s time to return to Blaidd.

7. Return to Blaidd in the Siofra River

Blaidd is still in the same location in the Siofra River. When you return to him with this new lead, he tells you about a festival being held at a castle in Caelid centered around Radahn. That’s where you can find him, so Blaidd sets off and tells you to meet him there. The festival is held at Redmane Castle in the southern region of Caelid, so that’s where you need to go.

Once you arrive at Redmane Castle, you’ll find Blaidd and other NPCs like Alexander the Iron Fist in the courtyard near all the chanting. Speak to the announcer to initiate the festival and then the door to the Radahn boss battle will open. Radahn is an incredibly tough fight that will frustrate most Elden Ring players, but you can use our Radahn Cheese Strategy guide to defeat him with ease. 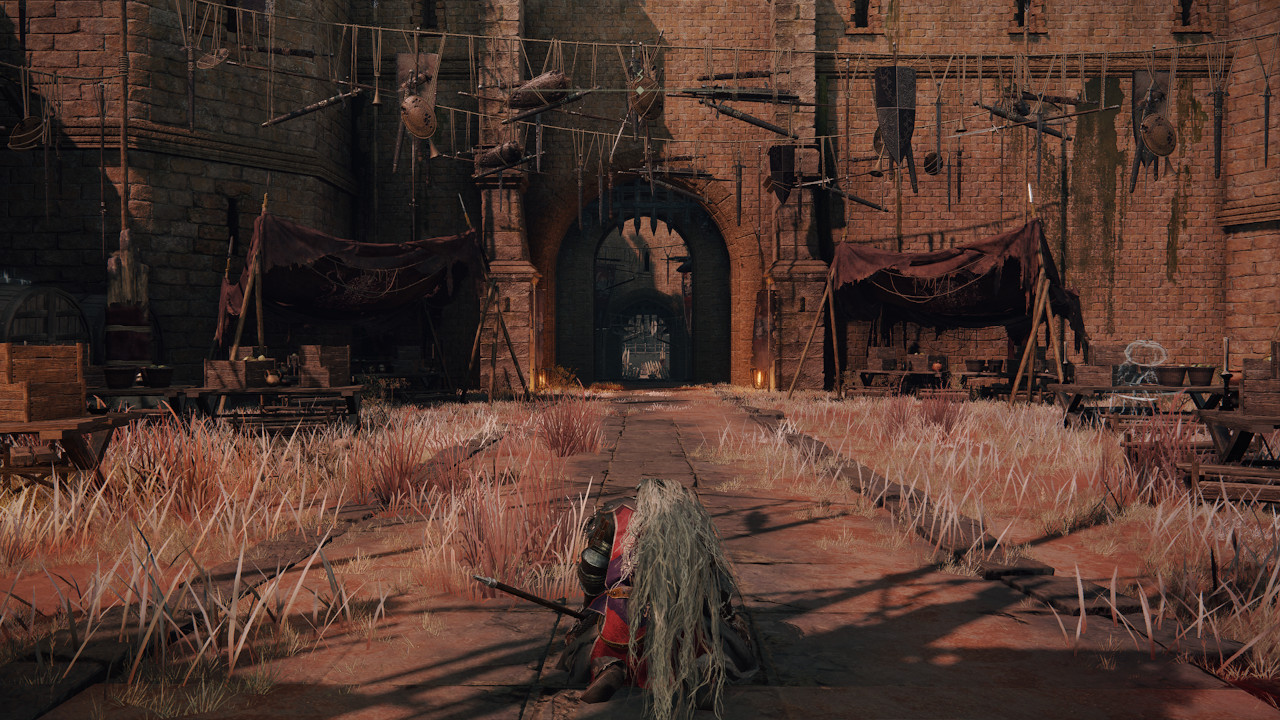 After the fight, Blaidd will tell you to meet him “where the Falling Star bit the Earth.” With Radahn out of the picture, a fallen star has created a massive crater in Limgrave near Fort Haight to the south of the Mistwood. This crater leads to Nokron, Eternal City, so you and Blaidd are very close to completing your quest. However, Blaidd is nowhere to be found at Nokron when you arrive.

Instead of heading to Nokron, you need to return to the Forlorn Hound Evergaol to continue Blaidd’s questline. This is where you fought Darriwil earlier in the game. It’s in Limgrave to the south of the Waypoint Ruins, and the closest Site of Grace is Agheel Lake South. When you approach the center of the Evergaol, you will be able to talk to Blaidd. You’ll also be given the option to open the Evergaol and free Blaidd, which you should do if you want to continue the quest.

Once freed, Blaidd will tell you that he’s going to see Ranni but you won’t be able to follow him. Blaidd’s questline is on hold for quite some time at this point, and you’ll need to finish working for Ranni before you can see him again. In the meantime, you can go see Blacksmith Iji for a bit of additional lore regarding Blaidd’s situation. Ranni’s questline is extremely long and will take you all over The Lands Between, but at least you’re roughly halfway done with it at this point in the game. Just head back to Nokron, Eternal City, and explore the region. Once you find the Fingerslayer Blade, return to Ranni to continue the quest. It’s pretty straightforward from there, but you have to finish the whole questline before you can finish Blaidd’s story.

After finishing Ranni’s questline, it’s finally time to see your old friend. Return to Ranni’s Rise to find Blaidd one last time. Unfortunately, he’ll be immediately hostile toward you, and there’s no choice but to kill him. Defeating Blaidd will reward you with his Royal Greatsword and his armor set. You won’t get the Wolf Mask though, but you can check out our Elden Ring Wolf Mask guide to complete the look.

That’s all for Blaidd in Elden Ring, sadly. His questline is one of the best in the entire game, and considering how it intertwines with most of the major storylines in the game, most players will have at least one or two interactions with Blaidd the Half-Wolf before the credits roll.

Attack of the Fanboy / GAME GUIDES / Elden Ring Blaidd Questline Guide: All Locations and Steps From Start to Finish